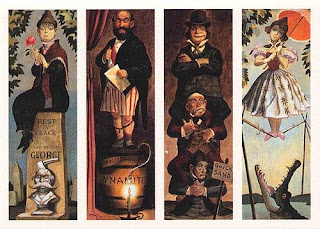 Some days you just can't get going. On days like today, when my toes won't warm up, when I'm pumped full of tylenol for random back pain, and I can't seem to focus on pitching ideas or polishing columns, I just have to give in.

It's been two and a half hours of a fumbling effort at productivity and I declare it a fail. But a fail at productivity can morph into a win at inspiration. I usually dive into Doombuggies.com, but I think I need something new today, something still in the Disney Geek genre, so I'll try some new links I found and will list at the bottom here.


Maybe somewhere in between my search for video footage of Chevy Chase and Martin Short in MGM Sutdio's old "Monster Sound Show" and my excessive need for behind-the-scenes park info, I'll catch my second wind and be able to start working properly. Hey, it's happened before.

I do dream in Disney after all...literally and figuratively. About running around in the parks by myself, about ditching it all and moving to Orlando to be a jungle cruise skipper while I await my first big success as a non-fiction writer. 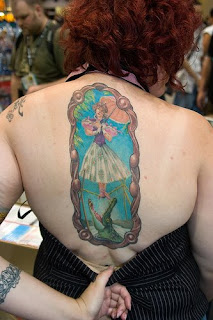 I am the woman who decorated her bedroom in jungle cruise/tiki room chic and her living room in Haunted Mansion inspired everything. (Thank God I have an understanding husband.) Yep, it's time to throw in the towel and just geek out for a little bit.


And if you think my obsession is strange, you haven't seen anything yet...there are others. I met them last year at the Swinging Wake at Disneyland!
Email ThisBlogThis!Share to TwitterShare to FacebookShare to Pinterest
Labels: Disney, The Haunted Mansion
Newer Post Older Post Home