It's been a loaded potato of a week. Wait, that makes it sound good. It's been loaded gun? No, that's too far into bad territory. It's been a week loaded with things to do. There, that's better. It just plain old flew by, in record time. Almost faster than the eye could see. So this week, I'm desperately in some need of some awesome 80's videos. I mean, they're always good for you. But I just feel like I actually need them this week. Can one form an addiction to an entire decade? We shall see I guess...

However, first up, my weekly column is focused on Watchmen this week. I decided to try to write something timely, instead of just babbling on about whatever action heroine I feel like discussing. Here's what I learned. If you write about something random, people tell you your stuff isn't relevant or timely. If you write about something timely, people tell you that you're just trying to be like everyone else and that they're sick of hearing about whatever timely topic you're expounding on. So it's back to babblesville for me next week, I believe. Either way, THIS is the result of my last minute scramble to get my hands on The Watchmen comics in their entirety and my first impression of the Silk Spectre.

On a random note, I also came up with a new goal this week. Someday, I want to hear Garrison Keillor read one of my non-fiction essays. Preferably on NPR's, "The Writer's Almanac". He picks random essays, often times about the little things in life. So next week, I'm going to write an essay designed specifically to be read by him, then I'll pray to the God of unknown little punk writers that someday, somehow...I'll get to hear him reading it. It shall be about cups. Just you wait, it'll be all perfect and Keillory and he won't be able to resist it. Maybe I'll have it delivered to him along with a box of chocolates or something...

So, onto the 80's videos. It gets a little random this week, I'm afraid. But this first one WILL NOT dissapoint. Are you a fan of Ricky Gervais? The BBC Office, Extras, etc. Well, get a load of this...

And of course, one of my all time favorites. Many of you have been subjected to this by me at several times in your life. But like a great seasonal piece of clothing, it comes out again and again, year after year.

Let's roll with this vibe, shall we? I'm feeling an 80's movie musical thing happening here. Tina Fey and her team of writers were generous enough to gift us with a near perfect episode of 30 ROCK this week centered around, "Harry and the Hendersons. So it's quite fitting really.

Get ready for all the finger snapping, white-guy moves you can handle!

And here's your after dinner mint.

Have a good weekend everybody! Take the time to de-stress, I know I'm going to. As Levar Burton would say, "I'll see ya next time!" 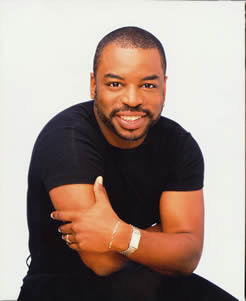