Why I Still Love Huey Lewis...and always will 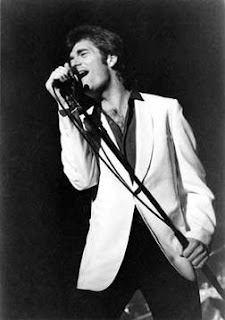 When I was a kid, I simply could not fathom the idea that there were people who didn’t like Huey Lewis and the News. In my eyes, Huey Lewis was right up there with Michael J. Fox and Patrick Stewart. While other girls were obsessing over the “New Kids on The Block”, I was steadily crushing on him instead.

He was the genius behind the “Back to the Future” theme song. He was a music-video superstar. Not only did he leave his stamp (and cameo appearance) on one of the most classic film franchises of all time, but he was also a good role model. A good role model from rock and roll?

"Impossible!" you say. Well, you're wrong.

It was the eighties, while everyone else was singing about sex, drugs, and rock 'n roll, Huey was just singing about the latter. Thanks to him, I STILL believe that it’s hip to be a square. You just try finding another top 40 hit that talks about staying fit, watching what you eat, not cheating on your spouse, and getting a nice haircut. Go on…I dare you.

But two disturbing things happened to me when I was a kid that caused me to raise an eyebrow over my beloved Huey and his merry band and back-up singers.

Trauma the first: I was watching, “Amazon Women on The Moon” one day. (If you don’t know what that is, I'll let you find out for yourself.) In a Twilight Zone-ish side plot, a man is magically transported into his television and his wife has the remote. As she changes channels to attempt to free him from his entertainment prison, he takes a zany adventure through many t.v. shows and films.

At one point, he ends up as one of “the News” in the Huey Lewis video for the smash hit, “If This Is It”. (I can call it a smash if I want, it’s my blog.) I remember seeing that and thinking, “Whoa…lucky guy!” Then the man cried out, desperate to be anywhere other than a Huey Lewis video. I brushed it off as peculiar, but it did set me to wondering. 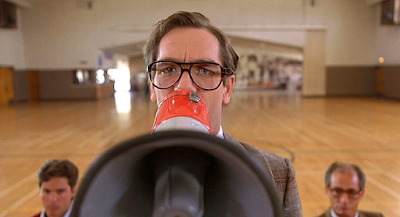 Trauma the second: A year or so later, I was at the mall with my family. I saw one of those sandwich boards sitting in the middle of the food court. You know the kind, nothing fancy, plastic letters, white background, and more often than not some sort of food stain. On that sandwich board, very unceremoniously, was an announcement about Huey Lewis and the News coming to play the mall. My first thought was, “How do I get myself to THAT concert?”

My second thought was, “Wait a minute, what is Huey doing playing in a mall? (Long thoughtful pause) He should be playing giant stadiums. (Another pause) They should be doing, “Duran Duran” sized tours. Right? Oh God, Duran Duran still does stadium tours, RIGHT?!”


You guys. Aging and the horrors of it.

For some kids, the beginning of the end of childhood arrives via some accidental information about where babies come from or what holiday entity may or may not be real. But that was it for me. Right there.

The thought that the masses didn’t love Huey Lewis plunged me into the depths of a highly philosophical line of questioning. I was born a populist, a happy person. So Huey Lewis typically suits my mood. Always has and at age 27, I feel confident enough to say that he always will.

But at that moment, little Audrey was suddenly aware that there were people in the world who wouldn’t get Huey's brand of happy. Also, what made Huey uncool? When did the transition happen and why wasn't I told?

I was so bummed that I never even asked my parents to bring me back to see him in all his glory. Because Huey Lewis playing a mall just didn't feel right. It’s not where he belonged. It's not the way I wanted to see him, like some sort of caged rock and roll animal. That'd be like taking Stevie Wonder and making him the featured performer on “The Lawrence Welk Show”. It’s just...wrong.

I hear people talking about the band sarcastically now and again on one of those endless cable clip shows about the eighties. It still irks me. Some things just shouldn't be lumped in with Zubaz pants and fluorescent everything.

Even if the world today doesn't know what to do with Huey Lewis and his upbeat message, I know a place where he’ll always belong. Forever in my Ipod and safe in my heart.