This really was an epic year for Jake and I. We were lucky to not only enjoy a lot of recreational geekdom, but also to plant some seeds for many future professional geek ventures. I'm officially 25% Master of Creative Writing, have enjoyed many fun freelance writing assignments and creative side projects this year and began my fledgling career as a voice-over artist.

All in all, I have to say, settling into my geekdom truly paid off in ways that I really couldn't have anticipated. I guess that just goes to show you, being yourself (no matter what) can really pay dividends, both professionally and personally. So please, do follow your geeky white rabbit down the nerd hole this year...you won't be sorry.

I made a list, and in no particular order, here are...

1. Attending Starbase Indy, our first fan convention. Meeting so many people affiliated with Star Trek and enjoying the company of our fellow Trekkies and Trekkers was quite a thrill and we hope to be back on the convention scene next year. Perhaps even taking a larger step into the con-world at Star Wars Celebration, Comic-Con, or even the D23 Convention. 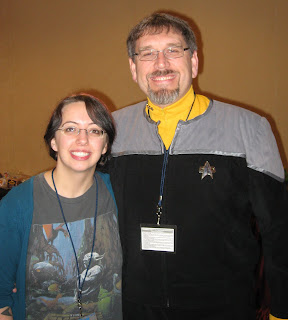 2. Attending the Craig Huston assistant-directing seminar. Spending an entire Saturday with a man who bears a striking resemblance to Clint Eastwood doesn't just make for fun reactions to pictures of the event. It can also provide you with practical career advice and really fun anecdotes. (Keep the actor's eye line clear, or else...) 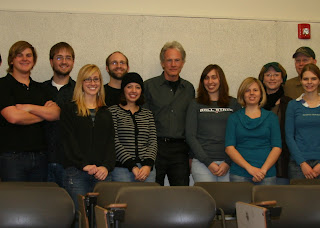 P.S. One HUGE geek sidenote that I keep forgetting to mention about this picture, is that the director of the pilot episode of Magnum P.I., Roger Young, took it!

3. Getting our Star Trek shirts in the mail. Yes, aside from all the fan t-shirts and merchandise Jake and I own, we have now crossed the line into costume territory...no turning back now. 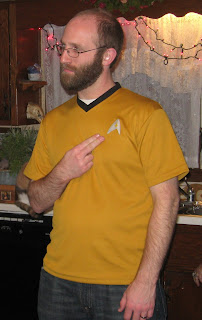 4. Getting our rebel alliance tattoos. If Vader finds us now, there's absolutely no denying we're a part of the rebellion. We are officially committed to fighting the Empire, so sayeth our skin. (I have also inked my Trek devotion.) 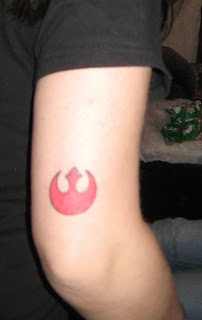 5. Our first year dressing up for Halloween as adults. Okay, so we went a bit further than shirts... 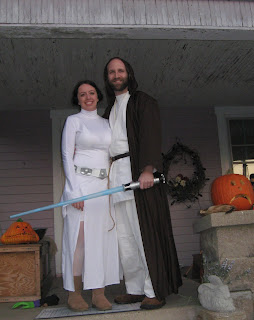 6. Running to "The Maelstrom" at Disney World. We were lucky enough to do some filming for a webisode series at Disney World this August. (Wait for it, more details in number 9.) After ending one of our days at EPCOT with a meal of fish and chips from the Rose and Crown Pub in the World Showcase, we ignored the magnificent beauty of the fireworks display. Why, you may ask? To attempt to hightail it to the Norwegian themed boat/dark ride, "The Maelstrom". It has vikings and oil rigs and trolls, and we're huge geeks about it. So while the rest of the more normal guests were, "ooh"ing and, "ah"ing the incredible display of explosives, we were, "scuse me"ing and, "pardon me"ing our way through the crowd to get to one of the park's lesser known rides. We didn't make it in time, but we were proud of our devotion to those animatronic vikings! Behold, the spirit of Norway! 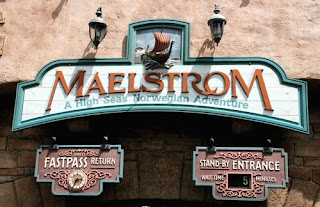 7. Seeing Star Trek in the theater six times. This was an epic year at the movies for movie geeks. We had another installment from the Harry Potter franchise, lots of sci-fi to choose from, and we even ended the year with some classic literature, Sherlock Holmes. But the best flick by far for us was the new Star Trek, which Jake saw five times and I saw six. It was a friends and family event on my side for several viewings, and we saw it twice with my Dad, who made it a point to tell us that the last time he saw a movie twice in theaters was The Wild Bunch. It's my new personal record for seeing a movie in the theater, and I can only say it would've been much higher if there were only a dollar theater in town. Drat.


8. Off the wall Mario Brothers. All I can say is that renting a projector makes playing video games WAY more fun than you would imagine it could. 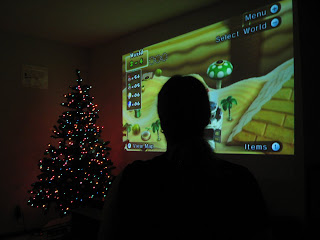 9. Starting Park Geeks. In April, we began a project for the Theme Park Channel. It's a webisode series called Park Geeks, which features practical advice, behind-the-scenes info, and hopefully it will make you laugh as well.

Jake proposed to me in a theme park long ago, and every year since we've gone to at least one. We're sort of obsessed. Our first filming was at King's Island, then Disney World, and hopefully in the new year we'll be off to Disneyland and Universal Studios, Florida. It was my favorite project of the year and I'm hoping that it grows into a more substantial way to spend my time in the new year. Of course, I'll be putting links up here when the episodes debut this coming spring.

10. Meeting Don Hahn. At the Heartland Film Festival this year, I was lucky enough to meet the incredible Don Hahn. (Which I of course, blathered on about here at BornforGeekdom.) So I won't get all wound up again. Needless to say, it was very cool. Very cool, indeed.

Yes, it was truly an amazing year. I can say one thing for certain, after a solid year of just letting my inner geek come out and play, it's true that geeks really do have all the fun.

If this year was any indication of life in the future, then I have very very high hopes for 2010.
Email ThisBlogThis!Share to TwitterShare to FacebookShare to Pinterest
Newer Post Older Post Home