Jack and Jeanne Munos of Haiti - After the Earthquake 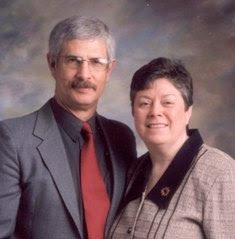 I want to take a minute to write about something serious. This blog is typically reserved for light-hearted subject matter, nostalgia, and entertainment news. Usually, when I write about a hero, I'm talking about an action heroine or a comic-book character. In the past, when I've written a eulogy, it's been about a favorite actor or writer, Bea Arthur, Cyd Charisse, Majel Roddenberry, and so on. I was born a geek, I am a geek, and that will never change.

But right now, I want to talk about Jeanne Munos. I'm not confident in calling this a eulogy yet, her husband Jack asked that we pray for a miracle, and personally, I'm still holding out. (I'll also list donation info at the bottom of the blog.) This is going to get pretty healy-feely (as one of my grad professors would say) from here on out. So you've been warned. This is not a typical bornforgeekdom blog, but I am a writer after all. And geek or not, the only way I feel I can respond right now is in words, even if it's just for my own comfort. So here goes...

I was fortunate to work at the headquarters for the Free Methodist church a few years ago, in the World Missions department in Indianapolis. (http://fmwm.org/) You wouldn't believe the people I worked with. They were amazing, in a day-today kind of way that most people wouldn't believe. If I was late because of bad weather, they forgave me. If I seemed down, they wanted to know what was wrong.

I was newly married, twenty three years old, and hadn't even finished my undergraduate degree yet. I was only there for seven or eight months, (we moved for Jake's graduate degree) and it was hands down my best office experience ever. Even though at that time in my life I was the least stable practically speaking, still very much in that "I'm young, what am I going to do with myself?" way. Every morning, the people in the office would gather together and pray in earnest, for missionaries around the world, and for each other, in a very sincere way.

In many ways, that brief experience really pointed me in the right direction in my life, teaching me how to combine my gifts and talents with practical business sense and a professional work ethic. While I was there, I did my first ever freelance article, because I was in an environment where I felt like I could, like it was safe to try. So in many ways, I owe my so-far modest success as a freelance writer to that job and my co-workers, who taught me to have an easy way of looking at life. Go for it, pray about it, whether it works or not, keep going. But I have majorly digressed...

I worked on the website there, updating information. I did financial spreadsheets from time to time, filled orders for Sunday school material, worked with the mail, sent flags back and forth from churches who wanted to display them in honor of missionaries, and more. My supervisor was even kind enough to allow me to assist the media director from time to time with video projects, knowing that film was in my academic background and one of my interests.

But I was also fortunate to work with the missionaries as they were abroad. Communicating with them via email about news to post on the website, forwarding along their newsletters, and working with them on something called "prayer cards".

I remember a lot about various missionaries. They were all unique people with struggles and an everyday life that most of us couldn't imagine. And this is completely true, the two I remember the most were Jack and Jeanne Munos, serving in Port Au Prince, Haiti.

Even a few years later, I remember their emails and newsletters, full of rich detail and love for Haiti. I remember Jeanne telling stories about jumping on chairs to hide from bugs, a regular occurrence that she always thought was so funny after the fact. I remember their hearts for abused animals in the country, and all Jeanne's heartache over a beaten donkey next to her home as she prayed and thought so hard about how to intervene on behalf of the animal while remaining culturally sensitive.

I remember the way she talked about the children especially, they were so incredibly precious to her. She was deeply concerned for several children in particular, and would boldly introduce herself to entire families, offering to help or simply to be a friend, to hear about their lives. Never to condemn.

I have to tell you that I was so influenced, that Jake and I began sponsorship of two children in Haiti that we were able to carry on for almost a year. I don't say that to give myself any credit at all. I say it because I remember the day that I was so deeply touched by Jack and Jeanne's lives from a distance, that I went across the hall right then and there to the childcare department to ask to sponsor two children. Something I miss doing very very much, and hope to be blessed enough to return to doing someday soon. That's a testament to Jack and Jeanne and the power of their first-person witness from Haiti.

I remember Jeanne's stories about the sounds of voodoo drifting through the streets at night, and how those sounds often broke her heart, how she would sing to herself to try to drown out the noise, and pray for the people that they would find something better, something more meaningful and personal for themselves. She loved Haiti and its people so much, with such a fiery passion that so many of us don't allow ourselves to feel for anything, fearing it will make us too radical or crazy. Jeanne was all love and no fear.

She was in the basement of her apartment building during the earthquake, and is now presumed dead. A word from Jack, who was on the third floor of the building when the earthquake hit, and is now recovering in Miami, is that he wants us to pray for a miracle. Maybe it's because Jake and I are so far removed from the tragedy, we don't even really know Jack and Jeanne. But we've been reduced to tears over it all weekend.

If she's gone, she died doing what she loved and cared about most. Abiding with the people of Haiti. And that's a proud death, one to be admired, though it's very sad for "us". (I hardly feel it's fair to say it makes me sad, again, I knew her from a distance and for such a short time.) If she's here, then we need to pray that she will be sustained. Somehow receive water and nourishment and rescue.

I know I'm being naive. But I honestly feel like the example of Jack and Jeanne and all the people of Haiti has increased my faith, has changed my life. Our lives. Jake and I feel touched by this event in a strange way, in a way that we've never been affected before, and we can't even tell you why exactly. We're simply raw about it, all tears and prayer and tears and prayer.

If the people of Haiti have touched you, in any small way at all. Please give. Whatever you can. Supplies, time, and money if you have it. Free Methodist World Missions has set up a donation link, and I can tell you that they are not only incredibly trust-worthy, but they are already on the ground there. The media director and others are across the border doing what they can and documenting the situation. Here is the link where you can see first-hand what is happening with blogs and video, and where you can also donate.

I'm hoping that the giving and caring legacy of Jeanne and all those who died in Haiti will find a new kind of life and vibrancy in the world, even here at home in our own communities. Jake and I can't go to Haiti right now with our camera, but we can donate money, a small sum though it is. And we can take better care of each other. We can open our eyes to our own neighborhoods and families and just be there. Be here. 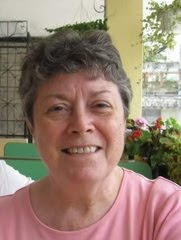 Today is Martin Luther King Day, and that's a day that's all about freedom. And Jeanne Munos knew ultimate freedom. Freedom from herself, freedom for others, the ultimate liberty of giving and loving in a sacrificial way. I'm going to try to honor both Dr. King and Pastor Jeanne Munos by following my heart, using my gifts and giving of myself. Hopefully, God will bless us and we can only hope to live the kind of open and fearless life that she did, that she does.

As Jake was praying last night, he said something so eloquent. He prayed for Jack and Jeanne in their "different states of life". Whether Jeanne is with us or not, she's alive. And that's just about the sweetest final thought I can possibly think of. Jeanne is alive, she lives with Christ, whether that's here or in heaven. I think she would want us to jump into what's happening with Haiti, not to turn our faces away, but to go ahead and look at the people, what they're going through, and do something.
Email ThisBlogThis!Share to TwitterShare to FacebookShare to Pinterest
Labels: charities, Eulogies
Newer Post Older Post Home