Marriage in the Movies - 12 Great Husbands of Film

Bad husbands are easy to find on film. They're onscreen cheating on their wives, reveling in their mid-life ennui, and in some cases, indulging in murderous rampages. (That's you Jack Nicholson.)

We're accustomed to scum-bags. So, what about the good guys? Let's take a look.


1. Mr. Incredible - The Incredibles (2004) - Mr. Incredible finds himself slammed with a mid-life crisis. He starts down the path of drifting away from his wife and children, as so many men do, only to re-connect with them after realizing the error of his ways. A pretty typical plot really...only in this case, he rebounds in a way that empowers the entire family. Literally. 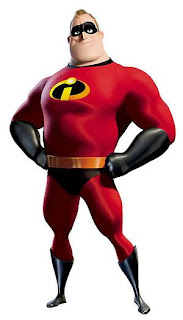 2. Steve Freeling - Poltergeist (1982) - Horror movies are notorious for bad husbands. Husbands who never listen to their wives when they say, "We should probably move because the walls are dripping with blood and I'm hearing voices."

Even as recently as Paranormal Activity this pattern has been repeated. But Poltergeist was an early exception. Here, Craig T. Nelson takes yet another spot on the list for his portrayal of a husband who never forgets that his wife is still a person. I know, low bar. But the horror genre is rough-going for stable marriages.

Here we have a character who is honest about his stress, loses his cool now and then, but always comes through as a figure of unending support. He takes action, and responds intuitively to the needs of his family. 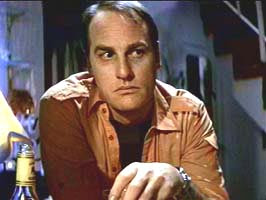 P.S. This is a movie as much about family as it is about ghosts. It's also rife with metaphor if you're willing to watch for it. Take for example, the rope scene. The husband literally holds on to his wife and creates a supportive base from which she can go into a scary situation and solve a problem. On top of all that, darn if Craig T. Nelson isn't just a very attractive fella...

3. Phil Foster - Date Night (2010) - Jake and I just saw this last weekend. (Jake's my husband if you're new to the blog.) Aside from the genius casting, the character of Phil pines for a better life with his wife and not without her.

He's bored, but there's never even a question or mention of infidelity. It's a great portrayal of a husband who knows his wife well and is jealous for her affections. The dinner scenes the two share prove that they can still make each other laugh and enjoy spending time together when taking a break from their over-scheduled lives. 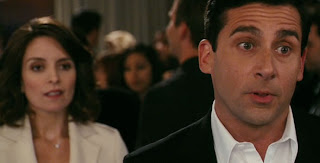 4. Peter McAllister - Home Alone (1990) - When the chaos hits, Peter McAllister stays as calm as humanly possible. He never hushes his wife, never puts the blame on anyone else, and always work toward a solution.

Come to think of it...maybe he's a little too calm. *actively considers putting this movie in the horror genre and examining the possibility that he left his son on purpose* 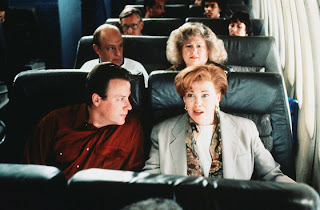 5. Clark Griswold - The National Lampoon Vacation Movies (1983 - 1997) - I know this one's a reach, but stay with me. The man may be the worst vacation planner in the history of the world, but he's trying to be a good husband. A bumbling one, but a good one. One who welcomes relatives, wants to impress in-laws, and tries to usher his wife to as many tourist destinations and special moments as humanly possible. 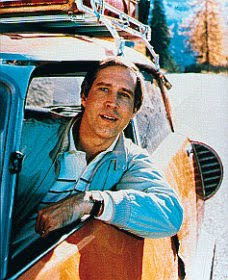 6. Nick - The Thin Man (1934)- This is one of the all-time best marriages in film history. Nick is a detective who accepts constant help (and sass) from his wife whom he trusts completely. Nick and Nora have fun together and know each other well enough to work as a great team. You'd be surprised at how modern the relationship seens for a film that's nearly a century old. 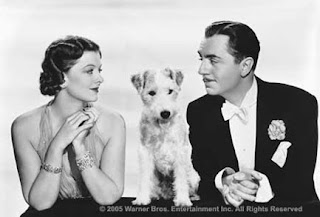 7. Joe Dayton - Return to Me (2000) - This is a near-perfect romantic comedy with Bonnie Hunt's trademark humor. One of the best parts of this movie is the portrayal of Bonnie Hunt's husband by Jim Belushi.

The character is more of a cartoon than a reality. But despite some of his bravado, he can always be seen helping with the kids as well as getting laughs. He makes his wife laugh, he opens his home to his friends, and he's an energetic husband who makes it clear (in comical ways) that he only has eyes for his wife and still finds her very attractive. 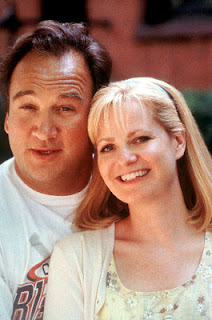 8. Chief Martin Brody - JAWS (1975) - The man stares down a Great White Shark to protect his family. I mean really, what else can you ask for? He leans on his wife in times of trouble, he doesn't cavort with the good old boys, and he kisses his wife goodbye like a knight going off to battle.

Of course, the book offers a very different take on the marriage of Martin and Ellen Brody. But we'll just ignore that. Roy Scheider's brilliantly understated portrayal of a modern man turned iconic hero likely speaks to the hidden rescuer locked away inside of every man. It's that ancient idea of man vs. nature, and it's symbolically valuable to the idea of marriage in more ways than meet the eye. 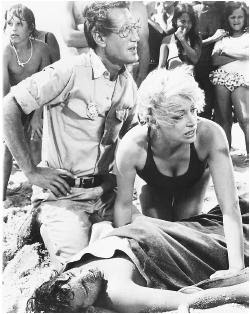 9. Tom Reilly - The Ex (2006) - This was a little known movie that spoke to the young couple crowd. The plot followed a married couple with a new baby as they left their city life (and professional passions) behind in order to "settle down" in a small town. Tom finds himself as a square peg in a round hole when he takes a job at his father-in-law's company, a yuppie advertising agency.

Tom has to find a way to make progress and figure out the best way to be a husband and father in the face of change and pressure from other family members. Instead of simply eating the stress that life throws at him, he finds a way to work it all out, albeit sometimes a bit clumsily.

This is another great flick where the couple's problem is not the constant danger of breaking up, but is instead the obstacle of figuring out how to transition from one phase of life to the next. 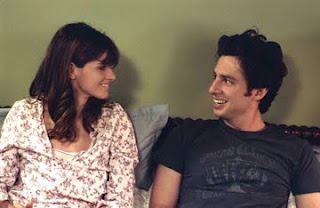 10. Rick O'Connell - The Mummy Returns (2001) - Most action adventures find two people thrown together and falling in love on the run. But this sequel (love it or hate it) shows what happens after the initial adventure.

Again we have the small moments of stolen affection, (similar to those that can be seen in Poltergeist) displaying that little known fact about husbands and wives, that they can still have a vibrant and healthy marriage after many years and having children. It's something that's rarely seen in most movies. I like the idea of marriage as a continuing adventure, though I know the "kid" plotline is a little cliche. 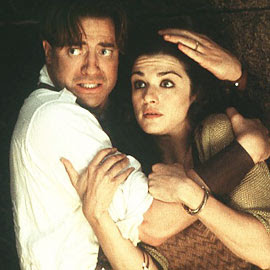 11. Jack - Mr. Mom (1983) - When Jack loses his job in this eighties classic, a dashing and charismatic Michael Keaton digs deep to support his wife's career ambitions. He learns the ropes at home and takes on child-rearing responsibilities while she's out bringing in a paycheck.

The film shows a husband making a concerted effort to connect with his wife, even as the temptation of infidelity presents itself. It's a film about masculinity, gender roles, and how to keep the spark alive, even (or especially) under duress. It's a film that serves as a reminder, life comes in phases, and Mr. Mom doesn't bail during a tough phase that might send many fictional men packing. 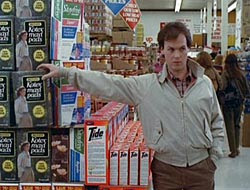 12. Paul Rusesabagina - Hotel Rwanda (2004) - Kind of a jarring genre transition, I know. But this gut-wrenching drama celebrating a real-life-hero has several scenes of tender affection between Paul (played by Don Cheadle) and his wife, even amidst life-threatening danger.

During a genocidal military occupation, he even finds time for a rooftop dinner to help ease her stress. Also, he seems to actually enjoy his relationship with his wife. His character steals a few minutes with her for his sake as well as for hers. A reminder that there is an alternative option to the old "ball and chain" stereotypical onscreen conflicts. 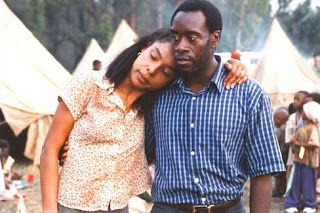 There's romance in the idea of fidelity. The plot (and life) possibilities don't stop after, "I Do". We all experience doubts and troubles. We hit quarter-life crises and mid-life crises, encountering biological changes, rough patches, and external forces along the way. It's not the fact that you have those problems that makes them dangerous, it's how you deal with them inside your marriage that can change your life.

Runners up would be Steve Martin in the Cheaper by the Dozen movies, George McFly post-future transformation, and maybe even Rick Moranis in Honey, I Shrunk the Kids. Sure he probably should've had child services called on him, but he always fixes his mistakes right?

In fact, I was surprised that I couldn't think of more memorable movie husbands. I even did a run down actor by actor in my head, I stared at my DVD collection, and I browsed IMDB. So tell me...who am I missing? Because I know I'm missing some obvious ones.
Email ThisBlogThis!Share to TwitterShare to FacebookShare to Pinterest
Labels: Movies
Newer Post Older Post Home