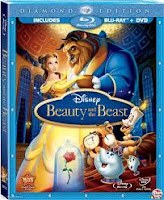 My husband and I been haggling for weeks over what our first Blu-Ray purchase would be. I thought, "Jaws". Jake thought, "Spaceballs". We argued and argued. I love Spaceballs, so it's not that I was against it...but for our first ever purchase? This is a milestone we're talking about.

I thought we needed something with a little more ceremony. Little did I know, he was bluffing, getting a kick out of my baffled facial expressions every time I asked, "Really? Spaceballs?"

We wanted to be able to recall, with fondness, that our first Blu-Ray was a meaningful one. Especially because I make NO plans to replace any of my DVDs in the near future. I plan to keep them for decades upon decades, no matter what leaps in technology are made. People might be watching movies via injection before I give up my DVDs.


Anyway, there was one reason why Jake knew such a gift would win my heart. The special features. I am a special features junkie. I almost love them more than the movies.

Some of the best special features belong to LOTR, The Alien films, Indiana Jones, Lawrence of Arabia, and Star Wars. To me, special features aren't just a happy bonus, they are an addiction.

Semi-relevant sidebar: Rumors still swirl among special features nerds like me that the critical bomb and troubled production of the third Pirates of the Caribbean movie is why the special features are almost completely absent from that DVD. An unwelcome and mysterious surprise for many of us who purchased in advance anticipating some backstory. Especially because the first two films are legendary for their behind-the-scenes coverage. End sidebar.

I'm happy to report, the special features on the Diamond Edition of, "Beauty and the Beast" are wonderful. There's tear-inducing coverage of Howard Ashman's final days. He spent them on the sweet songs of the film. Knowing this brilliant composer was slowly dying of AIDS as he finished the film codifies the music in an entirely new way for me.

No, really. I'm crying right now. Think of the strange synergy and inspiration that had to come from being an artist, knowing you are dying, and working on a score about a man being transformed into a new being. Kleenex break...

Okay, I'm back and less verklempt.

The Diamond Edition provides a collection of short documentaries on the history of animation, Walt Disney's humble beginnings, and of course, all the coverage you can handle about the making of, "Beauty and the Beast". Even the DVD menus are a thing of beauty (pun intended) as they walk you through the Beast's enchanted castle in Pixar-esque 3D animation.

So far, every time I've popped it into the PS3, the dialogue from the menu host, Lumiere, has been totally different. Last time he said, "It's been a while, I'm glad you're back!" Between that and the high level of interactivity in the special features, there's a similar sense of wonder that mimics the film's actual release back in 1991.

The special features also remind us that Disney reaches artistic heights via hard work. Filmmaking involves conflict and frustration. It isn't always all sunshine and magically enchanted roses. By forcing talented teams of people to meet deadlines and make compromises, Disney creates diamonds out of coal. (That second pun was an accident, I swear.)

The documentary tells of squabbling behind-the-scenes, changes in leadership, animators moving locations begrudgingly, and many more personal and business-related conflicts. One of the featured hosts of the DVD is Don Hahn. I was lucky enough to meet Don in person this time last year at the Heartland Film Festival and attend his talk about creativity.

I got to sit at his table, take a picture with him, view a Disney short called, "Lorenzo" that nobody had yet seen...it was basically a dream come true. As a host, Hahn is as authentic and warm as he is in person. He is also delightfully transparent about the difficulties of professional creativity.

Disney's Diamond Edition Blu-Ray of "Beauty and the Beast" is most definitely worth purchasing. If you're a Disney fan, a documentary lover or a history buff, you'll find the extras particularly enthralling. If you're a Disney collector or a fan of the film, the quality also makes picking this up a no-brainer.

Whether or not you want to stage fake fights with your spouse about it beforehand just to up the ante on the surprise? That part is up to you. 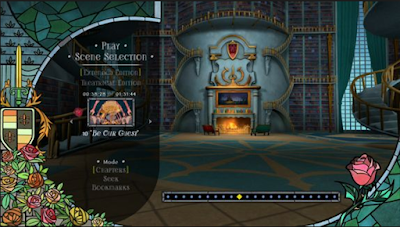