Friday Night Videos - All Bill Nighy All The Time (All the time, I say!) 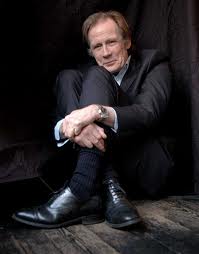 So, one of my side gigs as a freelancer is to write about what movies come out each weekend for a screenwriting website. (I know...what a chore, right? *sarcasm implied since I'm utterly obsessed with movies*)

So I found this movie while writing up the release report for this weekend and I wondered to myself, "Why on EARTH haven't I heard of it before?" It's got one of my all time favorite actors, the incomparable Bill Nighy, the always lovely Emily Blunt, the much beloved and full of potential Rupert Grint, and it's an English comedy, a road pic, and a heist plot. I mean, honestly...if it's an English comedy, you'd might as well just slap an, "Audrey will love this." sticker on it straight away. I always thought Nighy was funny, and he has major geek street cred for his appearance in Hitchhiker's Guide to the Galaxy. (My first ever favorite novel back in junior high. If you didn't like the movie, read the book and then watch it again. It's a whole different experience...or heck rent some of the old BBC series. Anyway, that's all beside the point.) But I truly fell in love with Nighy in The Girl in the Cafe, a quiet little masterpiece of film that revolves around an unexpected love story but ends with global consequences.

Wild Target, new this weekend, stars the singular Bill Nighy (I can work as many superfluous adjectives into this as I want, it's my blog.) as a wayward hit man in this comedy. Rupert Grint and Emily Blunt also star. This is my personal pick for the weekend, and I would suggest that anyone who has a love of English humor, Bill Nighy or films like Dirty Rotten Scoundrels find the film asap, even if it takes a bit of extra work. 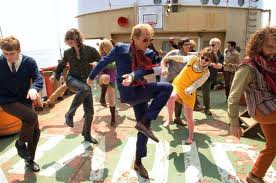 Aside from all that talent, and countless other films Nighy absolutely owns, he also has a lovely singing voice... 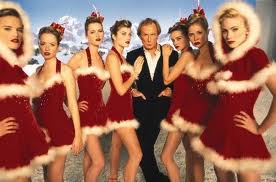 And let's not forget his stunning and hilarious turn as Billy Mack in Love Actually, which must be so popular that it's impossible to find any clips from the film on YouTube.