When TV and Movies Rule Your Brain 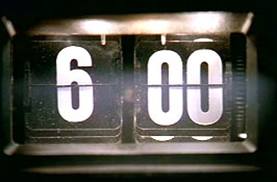 One of the greatest/most annoying qualities about being a natural geek are the constant automatic references your brain makes for you. I can't tell you how often an obscure SNL quote from the 1980's springs to mind in the middle of my day and how I have to actively use mental energy not to say it out loud. Because when I give in and say it, it confuses people, and then I have to launch into a five minute story about where it comes from and why I say it. It's just not the always the best way to operate in the professional sphere to be running around saying movie and TV quotes all the time. I mean, not that I stifle myself every time, but if I said every movie and TV reference that came to mind out loud...I'd be quoting probably 50% of the time. Which probably isn't healthy.

I'm even known to quote sounds that people make. A John Candy scream from, "Splash". A Jeff Goldblum giggle from, "Jurassic Park". It just happens...

But it really can't be helped. My neural pathways have been formed and there's not a thing I can do about it. For example, before I was even a cognizant human being this morning, it happened. My alarm clock went off around 5:30, and guess what song it was playing? Sonny and Cher's "I Got You Babe". So naturally, I thought of the often unsung classic, "Groundhog Day".

I mean, that had to be a purposeful move by the DJ right? It just had to be to choose that song at that time of day. But then again, not everyone has a brain as relentlessly wired to pop culture as mine.

It's just that as I'm getting older and I find that all these automatic associations aren't going away, it's getting a bit troublesome. I think to myself, "Self, you should be able to relate to people just because they're people and not always through movie quotes, nostalgia, analogies, etc."

But my self isn't listening.

Every time I do something embarrassing (which is often) I think of Mary Catherine Gallagher and her total lack of self-awareness. Every time I make toast, I think of Bill Murray in Ghostbusters screaming, "This chick is toast!" Every time I head into a big city, I think of Kermit the Frog screaming, "The frog is stayin'!" at the top of his lungs in The Muppets Take Manhattan. Every time I break something, I say, "That was my mom's favorite part!" Every single time I enter a mall I want to yell, "A scale model of the entire mall!" (A lot of my quotes involve yelling...weird...)

I could go on and on, and I wonder, am I the only one with a looping record of pop culture happening in my brain that I constantly compare to reality? Little things that make me giggle all day long? Is this just a symptom of being a child of the eighties, or does each generation have a collection of quotes roaming their collective brains? My theory is that it involves being the first generation with access to a VCR, the ability to rewind and re-watch over and over again. But I'm not sure that's all there is to it.

What movie and TV quotes pop into your head on a regular basis? Do you fight it or embrace it? How often do you say your references out loud?
Email ThisBlogThis!Share to TwitterShare to FacebookShare to Pinterest
Labels: Geek Moment, Movies
Newer Post Older Post Home