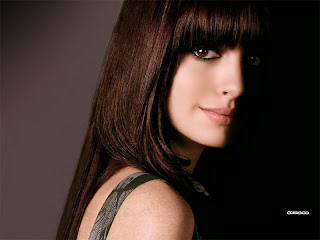 I was just wondering the other day if Nolan would finally bring some female strength to the screen for the next Batman movie. After all, the DC Universe, specifically the world of Gotham City, only has about a billion butt-kicking action heroines from which to choose.

Today it was announced on Moviefone that Anne Hathaway will play the role of Selina Kyle, aka, Catwoman.

Personally, I think it's great casting. Especially when I consider the fact that Nolan really focuses on characterization and motivation, not just costumes and a comic-book tone. In keeping with his pattern of looking for performers that can actually perform, not just look good in a suit, I think his choice makes good sense.

Sidebar: No, I absolutely will not use any cat puns. You know, "purr-fect". Someone has to draw the line...the internet may implode today from the sheer amount of puns. 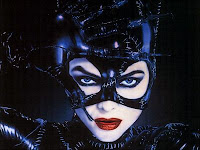 My fears? That Nolan will relegate Kyle to her true identity and we'll have to watch her origin story take a long and winding road that will only lead to a glorious reveal at the end of the movie. After all, his series has been all about the origins of the Dark Knight and his various villains.

To be honest with you, Catwoman's glory has all but eluded the big-screen. She's fabulous in the comic books, especially in more recent series, like Sirens of Gotham. But just like Tomb Raider, she's been consistently controversial.

Is she a feminist masthead or a sexist exploitation? Well, like everything else in the world, it depends on who is writing, drawing and portraying her. 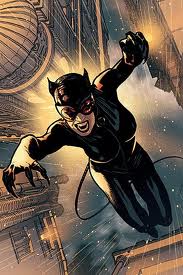 I trust this Batman franchise with a new vision for a timeless character. Comic book and literary characters, like Sherlock Holmes and Frankenstein's monster, are meant to be reinterpreted. A character who will revisit the screen time again just doesn't worry me too much. Because the same pressure isn't there to "get it right". This will just be a different version of Catwoman, and I have joy and anticipation that it will be a good one.

Of course, the real Catwoman lives on my bookshelf. Stowed away in my long box of comics. Maybe that's why I'm not so worried...they can do whatever they want with her on film. Catwoman on film is like Santa Claus at the mall...we all know she's not the real one.