My husband and I have been watching the show since season four. Most shows are said to peak in seasons four and five. That means we came into it when the writing was strong and the seasonal plot arcs were definitive and intriguing.

The show was good, not because of the fact that it focused on a woman who had the ability to dream the future, but because the writing centered around a healthy and realistic portrayal of a marriage and a family living with unusual circumstances. The lead characters, Joe and Allison loved and fought and parented and lived through career struggles with a type of chemistry usually reserved for the big screen. When the recession hit, it hit them too. The family went through seasons of change and financial struggle and success, just like the rest of us. The show was funny, engaging and filled with a cast of supporting characters that enriched the plot. I love the actors. I love the writers and the creators and the producers. I appreciate their work over the years.

But the series finale was awful. 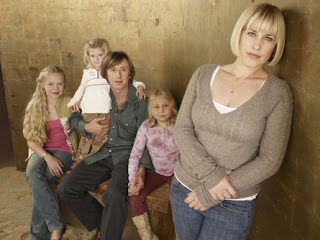 The series finale of LOST got me branded as a cynic and hater of the show, despite the fact that I watched loyally from Season 1. I'll admit it. I threw a tantrum and not a particularly well-written one.

I'll concede these points point, endings are tricky. Writing is hard. Viewers usually fall into one of two camps, they love it or they hate it. Where you fall depends on how you feel about the show ending. Are you ready or were you hoping for more?

But please know, I've been a fan of Medium for years.

To me, a series finale should close the entire arc of a show in a way that feels satisfying, inevitable but not predictable, and it should answer the key questions the show presented. It should give something special to the loyal viewers. A finale is really a wake and it should be a good one.

To me, the question of Medium was always, "How does this family, forced to live with some extraordinary highs and lows, stay healthy and together?" When the show began, the challenge was all about how Allison was going to earn the support and credibility of those around her, namely that of her husband Joe who was equal parts scared by and protective of Allison's ability.

Over the course of the series, we saw Allison gain power, until finally in the last two seasons of the show, we saw her decide once and for all to live with this ability and not hide it from the public anymore. Now she was solving crimes, working with law enforcement in an official capacity, and she didn't have to hide it from anyone. That's growth. 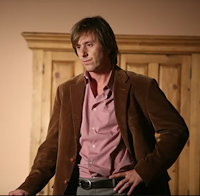 So how did the series creator end the show? He killed Joe. Unceremoniously and without foreshadowing in a plane crash. This negated several previous episodes in which Allison saved Joe and other members of her family and even co-workers from ill-fated diseases and murders and drug addictions and bad marriages.

So did her gift just quit on her for the convenience of shock that a major character death would provide?

On top of that, Allison's ability to see dead people was never even put to good use in the episode. In the finale, we jump seven years ahead, only to learn that the entire show had, in fact, taken place in a dream. (A trick the show has used to much greater effect before, jumping time in several episodes in ways that were both real and imaginary. This time, it felt like a small scale J.R. from Dallas. Not cool.)

However, Allison unknowingly hijacks the dream and makes it so that Joe is alive again. Only we didn't know it was a dream and believed that Joe survived the plane crash. We watched an entirely inconsequential plot about Allison tracking an amnesiac Joe down using a case she's working on in the (not real) future with a drug dealer that ended up taking way too much screen time. For nothing.

Confused? You should be.

In the end, Joe says a quick and almost cruel goodbye to Allison in the real timeline the night he dies. He retreats into the dark of the night, and NEVER RETURNS TO HER AGAIN. (Her father-in-law and several mass murderers visit her again and again, but not Joe?) We jump forty one years into the future (for real this time) to see Allison die of old age, after which Joe finally returns to escort her to heaven. 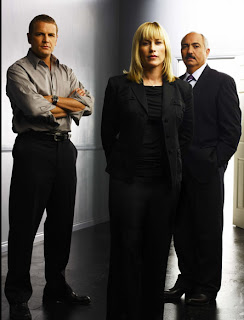 A.) Punish us much? Why do so many show creators give us these intricate worlds only to conclude with our lead characters dying? Is it just so they can have personal closure? Is it something they feel nobody can argue with? Is it because they want to make the most obvious choice?

Faithful audiences to the show would've probably enjoyed the thought that The Dubois family was living happily ever after somewhere in the fictional ether. Maybe Allison could've struck some kind of a deal with Death, played a few times by Kelsey Grammer, to great effect. I get that for a character like Allison, Death is the ultimate foe. So instead of literally bringing back Death, why couldn't it have been Grammer one last time? It would've only been fair, seeing as how the show was produced under his shingle.

On top of that, how did any of the tragic events of the finale answer the questions the show presented? They didn't. After her years of self-sacrifice and service and hard work, Allison is rewarded with....nothing.

B.) The deaths of these characters felt tacked on. With all of Allison's abilities, there's no foreshadowing into Joe's death at all? (Except for one brief mention of a "coming darkness" from Joe's mother, who also died a few episodes ago...)

What about all the episodes where Allison (and other family members) dreamed that Joe invented a revolutionary energy device that was going to change the world, and their lives forever? And then, to basically kill him twice? Once in the show's cold open and once after Allison learns the entire episode was all a dream? Double torture.

C.) Of all the ways to resolve a show about love where our lead character can see dead people, Joe instantly vanishes forever? Could they have lived somehow together, even after Joe's death? It would've been cheesy, sure, but so was unceremoniously killing Joe in a place crash and making him behave in a way entirely uncharacteristic of how he has through the entire course of the series. One last scene of Joe and Allison kissing didn't make up for all the tricks the episode pulled.

I loved Medium, just like I loved LOST. Far more than LOST actually. LOST was a beautiful and intriguing gimmick with brief flares of intense character study that kept me coming back for more. Medium was a show that had moment after moment of great writing and wonderful conclusions.

The "what if they never got together" Joe and Allison episode, the monster-of-the-week serial killers, the emerging of the daughters' abilities, Allison's more mysterious dreams that played out like Sherlock Holmes cases, etc. So I'm still really thankful for the show, no matter what. And I don't blame the actors for the rotten ending. And I guess I don't really even blame the show's creator. He did what he had to do and it was his show to do with as he pleased.

Did the show jump the shark when it was forced to move networks, another casualty of NBC's bizarre slash and burn bad decision-fest 2010? (Maybe.) Did it just run it's natural course? (Probably. Seven years seems to be the magic number of survival for American television.) Did we deserve a better show conclusion than the hastily put-together ending that didn't feel at all connected to the life of the show? Definitely.

I would've liked to have seen Allison prevent Joe's plane crash, if that's the angle they needed to take. I would've loved to have seen an ending where Allison and Joe shake their heads and embrace and come to the conclusion that this is "just another day at the office". Heck, I would've even taken the red herring "Joe gets stranded in Mexico with amnesia" soap-opera bit if they had committed to it and followed through. That's a heck of a lot of darkness, to suffer seven years without your spouse. I'd say that counts as an impact and surprise-fueled ending. 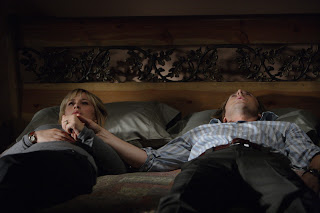 I never mind a character death if it's for a good reason that serves the show, but this one broke the rules of the show and didn't offer any kind of character reward for the plot or for viewing audiences. Twice.

Am I wrong? If so, tell me why. What did you think of the series finale?

I'll miss everything about the show, even after it switched networks. The setting, the characters, non-vapid plot lines, guest stars like Angelica Huston, the end-of-the-show board room meetings where the bad guy gets busted, one of the few healthy and enjoyable portrayals of marriage on TV today, and even Allison's trademark style of dress and her super-cute 1920's haircuts.