So, I'm a huge Magnum P.I. fan. The blog here at Born For Geekdom with the most comments is THIS ONE.

Jake and I have long joked about making a phony trailer for Magnum's Daughter. It opens with a stunning young woman from behind wearing the trademark shorts and Hawaiian shirt. She mimicks several of Magnum's movies from the original show opening. She turns around and reveals that she also has his amazing mustache. Comedy ensues.

This idea crept closer to reality when I bought Jake an exact replica of Magnum's tropical shirt and his Detroit hat last Valentine's Day. (We purchased our replica through the Aloha Shirt Shop, in case you want one of your own.) 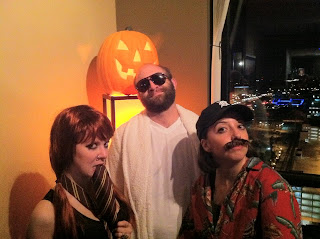 I'm still trying to find the time to make this little short with a proper actress. But I did get tired of waiting, so I went for it myself.

Here's Magnum's daughter along with my husband as "the dude" and the hilarious and talented Heather Leonardi as a grown-up emo Ginny Weasley. (The moustache also makes an appearance on the next episode of "Orlando Attractions Magazine: The Show" this Thursday. That's all I can say for now...)

Unfortunately, I didn't really look as much like everyone's favorite TV detective as I thought I would. Though the doorman at the party did recognize me! 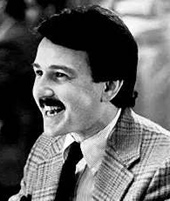 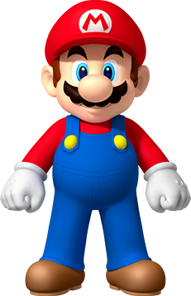 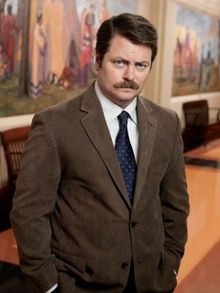 4. Any one of Bill Swerski's Super Fans 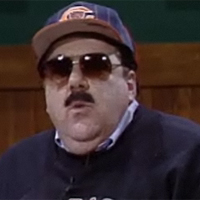 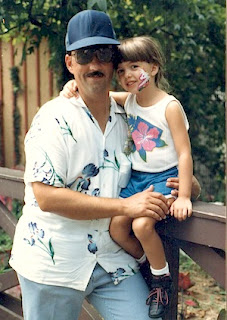 Ever worn a Halloween costume and had people confused as to who you were? Please do share in the comments section...

P.S. My husband and I are very bad at couples costumes. So the new tradition is being bad on purpose. Here's Julius Caesar and Magnum P.I. 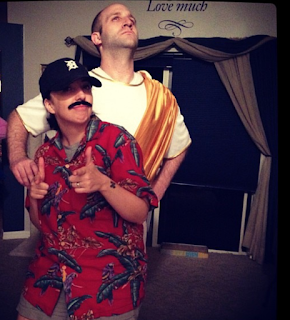