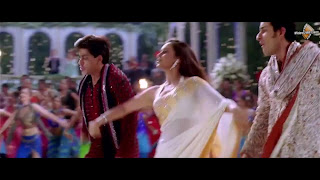 I think I'm headed toward a nervous breakdown. That's not a thing anymore though, is it? The Mayo Clinic states on their website that the diagnosis is no longer relevant or applicable.

They have disavowed all knowledge of the nervous breakdown. It was too overreaching and general, used too often. The way they used to call women hysterical for any old reason.

So what is this? This sickening but rhythmic pounding of my heart that seems to happen at the drop of a hat. That keeps me awake in the wee, small hours of the morning? That is...when I do get to sleep. Is it panic? Anxiety? It's new, this creeping stalking thing.

Work has been overwhelming. Frustrating. Exhausting. Impossible. No days off. Barely any money. No end in sight.

My body tells me I'm panicking. Adrenaline pumps. I sit alone in front of my laptop, answering work emails. One may come in, say it's particularly frustrating, and the physical symptoms pump through my body with every heartbeat. I feel rage. My chest literally tightens. Fight or flight kicks in. It's as though I'm over-caffeinated, even when I haven't had any coffee. I love my job, so much. The people I work with. For.

But it's the extra things that go along with it. Having to repeat myself constantly. The extra work that isn't really my responsibility, but if I don't do it, it doesn't get done. I redraw my borders weekly. Here is my boundary. Don't cross it. But I keep moving the line back and back and back and back....it's starting to form the shape of a downward spiral. 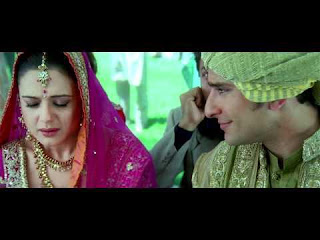 I haven't showered for two days. Too busy sitting at the computer. Cutting, cutting, then crossfade those clips together. In point. Out point. Drop down the next clip. Expand. Make a new keyframe. Fade it up. Fade it down. Send twenty emails. Encourage the downtrodden intern. Again. Listen to the three voicemails that just popped up in the last twenty minutes.

Realize...it's Superbowl Sunday. When did that happen?

Stop. Stop the work. Stop the room spinning. Stop it all for a second. Set the PS3 to that incredible whirring sound it makes when you press the magic start button. Click the cool plastic circle that turns on the TV. Go to Netflix. Find a Bollywood flick. Kal Ho Naa Ho, not on there.  Shoot.

How about Aaja Nachle, Rab Ne Bana Di Jodi, or What's Your Raashee? All there. And dozens more. Put them in your Netflix Instant Queue. Breathe deep. Press play. Check out for at least two hours. 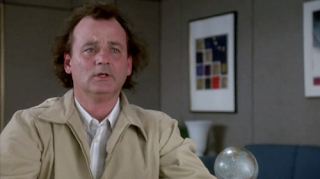 "We just have kick me signs glued to our backs or something, don't we?" the unusually calm and cool voice of your mother comforts you through the iPhone. Through the endless headache. Across the thousand miles.

"Just this week, the secretary gave me five massages when she knows I don't get paid any extra when I'm over-scheduled. I made that office five hundred dollars today, but I walked away with seventy-five just like always."

"What's wrong with us?" you ask in all earnestness. You work so hard. Your mother works so hard. Harder than anyone you've ever known. She has three jobs. She gives and gives. She's the patron saint of stray animals. She invites the poor, the tired and the potentially crazy into her home every Thanksgiving. How can it be that someone with such a huge heart can be so overworked and underpaid?

"We're nice. You're being too nice. You have to be tough." she asserts. There's comfort dripping from her every word. She is soothing. She was angry at not getting a returned call fast enough, now she hears it in your voice. The distress. Parents pick up on true urgencies, like sharks getting vibrations from wounded fish.

"Well, break down then. Just do it in the closet so it won't scare the cats." she chuckles. It's the first time you laugh through tears.

"I just broke down yesterday. It doesn't seem to be helping."

You can't believe you're having a conversation about mental help.

You were supposed to type mental "health". Your fingers are Freudian slipping.

When I was a child, my mother would get overwhelmed. On those days, she would sit on the living room floor and watch "The Pink Panther Returns". It made everything better. 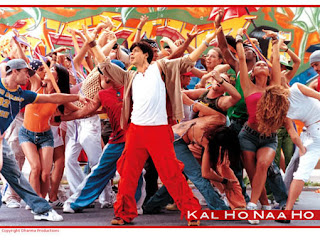 From the couch, the Hindi tunes flow and rock, pulse and vibe. They fill the living room with joy. The colors in a Bollywood film are beautiful. Vivid. Largely unused in America. The land of greys and beiges.

I've started fantasizing about learning how to cook. About pregnancy. About long flowing hair and nose rings. Henna on my hands. Bright aqua walls. Simplicity. Family. Music and life. A romantic domesticity. Not the horror show it's made out to be on American reality tv.

I light candles. Prayer candles and scented candles. I click on the battery-powered lantern I bought at the home improvement store. I try to soften the light. Flick on the fan. Crack the window. Move the air. Breathe in deep. Forget it all and watch the movie.


I had a college roommate named Sarah, back in the year 2003. Sarah was a saint. Kind and forgiving. Mature. Calm. The kind of christian that makes you wonder how anyone could turn the faith into something offensive. She went to India for four months on a mission trip to work with girls rescued from brothels. She returned glowing. With a suitcase full of Saris and ribbons. She left with a short bob and returned with long locks. She said she had something special to show us. A DVD called Kal Ho Naa Ho, a movie she saw in theaters while there. We have no equivalent to the size and reach of Bollywood here in America. Nothing so universally loved and accepted.

We sat on the floor together and watched the whole thing on a warm summer afternoon, me and my three roommates. All three hours and six minutes of it. We laughed at the humor. We marveled at the elaborate dance numbers. Together when it was over, we tried to learn as many of the dance moves as we could. We giggled like children when the landscapers working on the yard next door saw us baring our bellies.

We all adopted the movie, inherited it from Sarah the saint. The soundtrack. The styles. The dangling earrings. Scarves. Colors. Ribbons. It was a new kind of exuberant life.

On the couch, taking a break from the laptop, the colors and sounds connect me to that life again. Away from the clicks of a keyboard. Flashing before my eyes is the culmination of an art form, a goal achieved. It took a writer, a director, and a team of professionals to bring this vision to life.

The result is stunningly positive, lacking the cynicism of American film. Bollywood movies are every genre. Never just a drama or a comedy, they have love and humor, tragedy and redemption. So many are musicals. They're longer than American movies, it feels like they spare nothing. Not expense, not emotion, not splendor or spectacle.

I'm never finished. My work churns like water on a wheel. That's life in the news industry, even if my kind of news is a lot more fun. But reporting is reporting. And scheduling people is scheduling people. And worrying about paying my back taxes, and sorting through dozens of daily texts that rattle the table with each arrival, and saying goodbye to my husband the second he returns home to bury myself back in the digital world is what it is. Even when I'm done with my work, I never feel finished. It always could've been better. Funnier. That segment could've been shorter, higher quality.

If only I had more time.

I'm lucky to be working. I should be grateful when so many people don't have jobs. What kind of a whiner am I? Everyone has to pay their dues. Nobody really sleeps anymore anyway. You'd be crazy to quit a job that gets you the perks you get. Why can't you just get it together? So what if you're one person doing the job of four? Get over it and push through.

Get it together. Be nice. Push through.

As an obsessive geek, I can measure my life in phases according to what entertainment I'm obsessed with at the moment. They're cyclical. Action flicks starring women. Standard nerd fare. British Comedy. Murder mysteries. Fred and Ginger movies. On and on.

It's a combination of that OCD personality, not being able to afford cable, and the beautiful invention that is Netflix. A service that makes obsessive watching possible on a whole new level. It's kind of pathetic if I stop to think about it.

This Bollywood phase has been going for roughly two weeks. I don't want to watch anything else. Even if it means I watch five minutes here or there while brushing my teeth or cleaning the kitchen.

Imagine my surprise last weekend when I went to a birthday party at a restaurant called the Bombay Cafe. My husband and I arrived only to discover that it was in a strip mall filled with Indian stores. An Indian video rental place, Indian wedding supply, and an Indian grocery store. Playing on overhead TVs in the hallway was a loop of Bollywood musical numbers.

My eyes welled up with joy. It was a gift. A sign. Well, no. It was dinner. But it felt like comfort incarnate. Heaven in a strip mall.

This is just one of the joys of living in a brand new city. The discovery of culture. Authentic culture. The first time I had been out of the house for non-work related reasons in over a week and THIS is where I had landed. In the loving embrace of the Indian culture where I spend my daydreams. Is that wrong? Am I racist? I worry about this sincerely.

Back in your apartment. Take another break, ice sore wrists and swollen fingers from typing all day. Write another blog. Try to make it about pop culture. Notice that it becomes about mental health in spite of your best efforts to write another top ten list. Is it a bad sign or a good one that joy only comes in Indian strip malls and Bollywood movies lately? Does it matter? Take it where you can get it and move on.

The English translation of the movie title "Kal Ho Naa Ho" is "Tomorrow May Never Come".

I need to get a new job.