Vampires, Heroes, and Magic! Oh my!: Obsession on a Budget 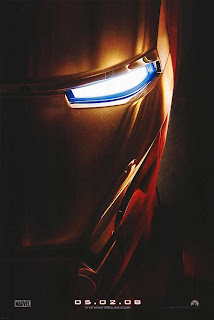 I am easily obsessed by movies and television shows. For me, a great movie might merit multiple visits to the theater. Some of my worst offenses?
Twilight: 13 big screen viewings. (Yeah. I'm one of those. So sue me!)
Ironman II: 8 close-up inspections.
Harry Potter and the Goblet of Fire: present on 6 occasions.
It's not all as pathetic as it sounds. It's not as if I'm spending the kind of money some ladies pour into their highlights and manicures. (A haircut every couple of months will suffice if I have a coupon.)
I'm not paying the Saturday night prices for my fixations. I rarely even shell out for the “before 6pm” shows. No, for me it's the $5 first show of the day special all the way, baby! If I'm gunning for more once it's left the nice theater, I have but to wait for it to resurface at the second-run place. Sure, the bathrooms are worse than the seediest K-Mart in town, and the floors are so sticky your shoes go “sklitch, sklitch, sklitch” as you proceed to your seat, but for a mere $1.50 admission, I'll tough it out!

A trip to the movies is my one outlet from kids and work, and I love going alone. Of course, it can be embarrassing when I come home and they ask what I went to see. I won't lie about it, but I may attempt to explain it away once I've seen the same movie more than three times. “There was nothing else I wanted to see, and I still like that one, so I figured...why not? I only went again for something to do. I don't have a problem!”

Right. And Ryan Reynolds climbed in my bedroom window again last night to beg me to run away with him and leave my husband to raise the kids.
If I'm still compelled to watch the same movie once it's been released for sale, I have to buy it. Don't worry...I check all the ads first to see where I can get the best deal! Fortunately, the best prices are usually in the first week or two, so it's a great excuse to get it right away. By “best deal”, I don't mean the cheapest, full screen, sans-extras DVD available. These days I lean towards Blu-Ray, mainly because those bastards in production are cheating us out of the special features if we go with the DVD copy alone. Curse you all!
Thanks to the glory that is Netflix (and the gift subscription my in-laws gave us, thereby feeding my addictions), I have been able to re-visit the ghosts of TV obsessions past, and pick up some new ones along the way. The $8 monthly fee is more than worth it. Justification: it's still less than most people pay to see a single movie on a Saturday night.
I saw the movie Buffy the Vampire Slayer back in my college days and loved it, but never saw the series until my (much younger) sister sang its praises for the umpteenth time and I finally got around to watching the first one on Netflix.

Oh, happy day! I was instantly hooked. Kids at Grandpa's for the day? Watch Buffy. School? More Buffy. Need to go to bed? Um...Buffy. Laundry? Dishes? Unidentified scum growing on the bathroom floor? Screw it. Must. Have. More. Buffy!

If House Protective Services wasn't just a figment of my imagination, I'd have been been reported for neglect and lost my home to a foster family.
Once I got to the fourth season, I was able to draw it out longer by alternating it with episodes of Angel that ran concurrently. My loyalty quickly shifted from Angel the Angsty, to the Billy Idol-esque soulless bad-boy, Spike. Where had he been all my life?!
I mourned the end of Buffy, but comforted myself in re-watching my favorite episodes when I was in particularly bad need of a fix. Naturally, when I discovered there was a soundtrack available for the famous musical episode, I sent away for it post haste. It wasn't cheap, but due to my frugal nature, it doubled as a Christmas gift for my sister/fellow addict. (I conveniently downloaded it for my own enjoyment first. This is an acceptable and encouraged practice in my family. It also applies to gifts of books and movies.)
Thankfully, I found a new bad-boy in Damon of The Vampire Diaries. Less thankful? I exhausted the two seasons available on Netflix in less than two weeks, leaving me once again bereft, and facing a new dilemma. The show is now in its fourth season, but I have yet to find access to all of season three! For some reason, the best I've found online was episodes 8-12, and I can't watch it out of order! For now, my dearly beloved DVR is in charge of season four, to have and to hold, until season three doth become available for my viewing pleasure.
To ease the agony of the wait, enter sister two, bearing inside information on another awesome show I'd missed out on! Praise be to Supernatural, my current fixation. I can only hope it holds out until Netflix comes through with more back episodes to fill my need for more Ian Somerhold-me. And all for just $8 a month! 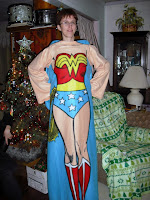 Heather Cichos is an aspiring author and notorious tightwad. She does not have a problem. She can quit any time she wants to, so back off. That is all.
Email ThisBlogThis!Share to TwitterShare to FacebookShare to Pinterest
Labels: Heather, Movies
Newer Post Older Post Home