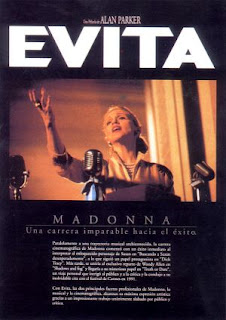 And since I've been Captain Depresso here at BFG for several weeks now, I thought it might be reassuring to let you know that the "Geek" in Born For Geekdom has been very present in my life as of late, inter-mingling with all of my heady over-thinking. And not just in a way that relates to movies or pop culture. In the good-old-fashioned sense of the word. After all, the word geek has two definitions.

1. A person with an eccentric devotion to a particular interest.

This you know about me. But wait! There's more!

2. An unfashionable or socially inept person.

And while I have discarded the bowl cut and vulcan bangs of my shameful style past, the social ineptness continues.

Example: My husband has started a new job recently. I was visiting him there one day when nature called. I, like many others, do not enjoy public restrooms. In fact, my least favorite kinds are the stall-less ones where the toilet is far enough away from the door that should the lock happen to be broken (as it always is) and should someone try to come in while you are using said toilet, there would be nothing you could do about it but sit there and look pretty. For this, they should invent some kind of long extendable stick that you can carry around in your purse just so you can hold the door shut from across the room. Someone call Ron Popeil. Right now. (Don't look at me like that, it's not my fault if you don't know who Ron Popeil is. Look it up!)

They should at least label this stupid layout so that people can be forewarned. "Warning: You are about to enter a restroom that uses the Machiavelli's rectangle Non-Feng-Shui Friendly Layout. Enter at your own risk."

This particular restroom just happened to be of the very same variety. However, it did have all kinds of fancy accessories. There were magazines and candles. Yes. Plural. TWO burnings candles. There was an area rug and even some body splash on a jaunty little end table. "Feel safe!" called the little bathroom. But I knew better.

I was not lured in by these false comforts. In fact, I almost went back to my husband's office to ask him to come and stand guard. Yes, my husband is truly my guardian and protector. In every gas station and public restroom, he will stand guard outside the door just in case the lock might be broken. I think more people should write this into their wedding vows. Just a suggestion.

"I promise to love you forever and be faithful and stand guard outside bathrooms across the country and generally allow you to give in to some of your weirder obsessive compulsive worries instead of telling you how dumb they are, even though they are actually really dumb. Seriously."

But I decided to woman up. I pep talked myself. "Come on, it's JUST a bathroom. What could possibly happen?"

Well of course, someone jiggled the door handle and tried to come in while I was in there. And do you know what I came up with? Not the all-time favorite "Someone's in here!" No. I said it in Spanish. 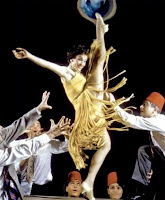 I didn't just say it in Spanish. I yelled it. Don't ask me why, because I don't know. It just happened. Without my permission. Apparently, the panicked version of my brain is a classy Spanish lady. I think she might be a land baroness. Or Chita Rivera from "Bye Bye Birdie".

But anyway, I thought I should tell you that these things are still happening to me on a regular basis. I am still having awkward conversations with strangers and tripping and falling in public places and going about my normal geek life even though I'm posting very long blogs about feelings and foreign films.  So I'm okay. I promise.

Don't cry for me Argentina. But please, knock before you come into the bathroom.

I promise to think of this every time I think about posting another blog whining about being stressed out about my job.