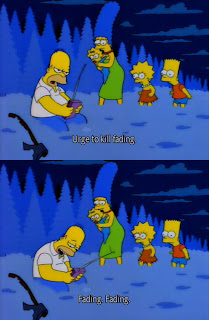 I don't now, nor have I ever had, the urge to kill anybody. That's a famous Homer Simpson quote.

I just told you yesterday how I was ready to get MAD. Hulk smash. Let fly with the rage monster! This morning, I woke up completely fine.

"Anger is fuel. We feel it and we want to do something. Hit someone, break something, throw a fit, smash a fist into the wall, tell those bastards. But we are nice people, and what we do with our anger is stuff it, deny it, block it, hide it, lie about it, medicate it, muffle it, ignore it. We do everything but listen to it."

And then a lot more goodness and then THIS statement, the one that stuck in my craw... 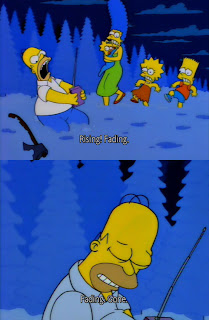 All of the sudden, I felt like I had spent my weekend at some kind of Klingon rage retreat. Venting, snarling, yelling, getting red in the face, and yeah...okay...crying a little. Not so Klingon of me, I guess.

But that one tiny sentence mixed in with some of those red Jesus words Jake and I have been reading and all of the sudden, I just simmered down.

The opposite of stuffing it for a year of your life is not suddenly exploding for a long period of time. It's simply listening to your anger when you feel it and then doing something about it as each situation arises. I don't want to stay mad. When long term, mad for me is poisonous. It's distracting and exhausting and negative. What I need is truthful. Active. Responsible. The opposite of dissatisfaction is peace. Not anger.

Everything is going to be just fine.