I'm only twenty years away from my Sally O'Malley-themed birthday party!

It happened. I turned thirty.

Ah, birthdays. The day you get to pat yourself on the back for managing to stay alive. As much I already want to don the red pantsuit, I guess I'm still about twenty years away from that.

But that didn't stop me from annoying the ever-loving pants off everyone I saw on my birthday by yelling, "I'm THIRTY" just like Molly Shannon as Sally O'Malley. (Followed by lots of kicking and stretching.)

On my actual birthday, I really wanted to get some work done in preparation for my week-long "stay-cation". (Which I am currently in the middle of.) When you live in Orlando, you pretty much don't have to go anywhere to have fun. You just have to find the time to do all the stuff you want to do. And so I did...

The first and BEST thing that happened for my birthday is that my husband made me a cake from scratch.

And for whatever reason, the first thing I wanted to do the next day was to go and visit/honor some of the funny ladies I love so well. The problem is, they're all pretty much dead. So I had to settle for bronze busts. (Of their heads, their HEADS.)

So naturally I headed to my happy place, Disney's Hollywood Studios. It's the only place that even comes close to what I thought grown-up reality would be when I was a kid. I think I thought adulthood would be more like Vaudeville or backstage at The Muppet Show or something. So naturally, all the old Hollywood facades of the park call to me. First I visited the legendary Angela Lansbury and we had a laugh... 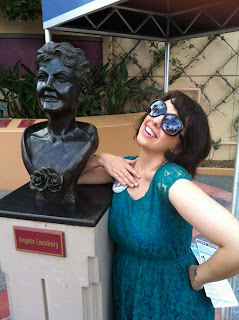 Then she told a dirty joke. BAD Lansbury, BAD! 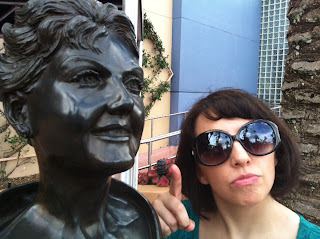 Then I discovered that Betty White and I can make the same facial expression. 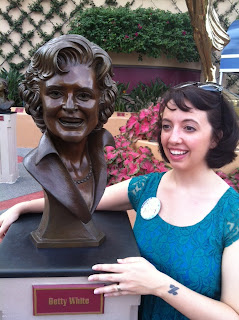 Next, I had to stop and honor Bea Arthur by recreating one of my favorite moments from "The Golden Girls" season one, episode thirteen. (At 2:26)

If you scroll down really fast, it works like a Zoetrope! (No it doesn't.) 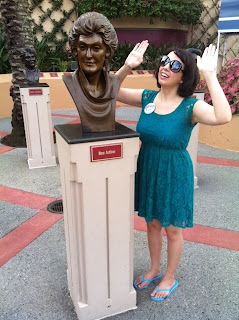 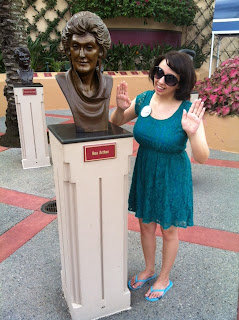 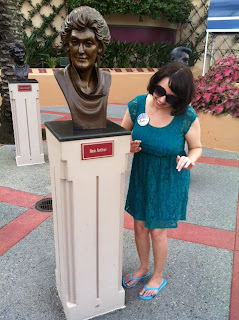 Next I tried to put my feet into Carol Burnett's footprints at Grauman's Chinese Theater. Don't know why, but it didn't seem to work... 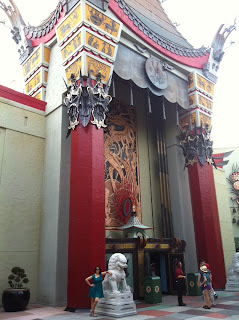 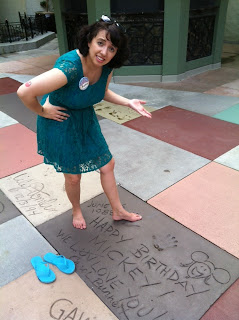 Then we rode The Great Movie Ride, which always thrills me for the mere fact that I get to see the "Raiders of the Lost Ark" preview on the big screen with all its fabulous filmy print blips. Le sigh. 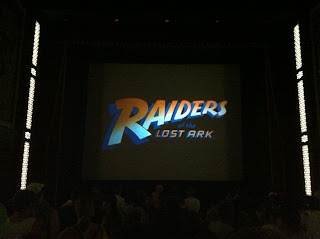 Next, we journeyed over to EPCOT via the Friendship boats, enjoyed a relaxing stroll, and tried to return in time for Fantasmic. Alas, we were too late. So we just took a lap around the park, enjoying the nearly empty streets. Sometimes I look around in Florida, specifically at the beautiful palm trees and I just think to myself, I can't believe I live here now. 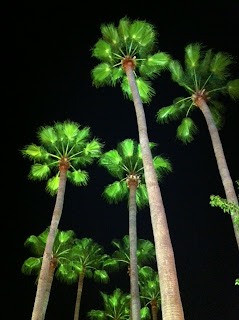 In addition, it was a blue moon on the night of my birthday. Pretty cool. 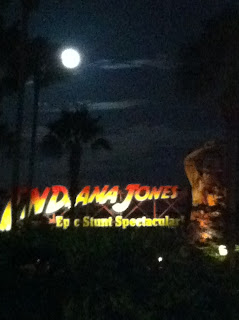 Jake and I lingered for a little bit at the beautifully lit Grauman's before exiting the park. There's some kind of gravitational pull to that building. We stop there first and we stop there last anytime we have a day at the studios. It has a kind of creative refueling effect that's really healthy for us somehow. Don't really know how to explain it. 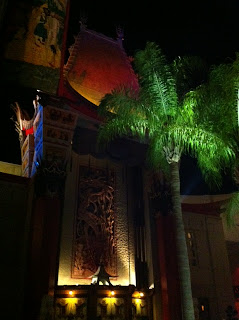 You know what? I'm ready for thirty. Really ready. Our twenties were all about adventuring and searching and now we're ready to build something. I've been continuing with The Artist's Way, which has also been great and some good creative professional work has landed in our laps.

If you would've told me two years ago that I'd be living in Orlando, Florida with access to pretty much any theme park anytime I want, that I'd have some pretty decent creative leadership experience under my belt, I would have been over the moon. Blue or otherwise.

So here's to the thirties! Mine, of course. I'm really excited about life again. I hope for a future full of funny ladies, comedy, film, television, creativity, writing, a variety of projects, being able to hire my insanely talented friends and family whenever they want a gig, and money. Yeah. I said it. I need some of that stuff. May I be as vibrant and sassy and healthy as Miss Sally O'Malley when I'm fifty. But for now...