I have a problem with my cell phone. I wonder if a lot of other people experience something similar. Sometimes it gives me anxiety.

I was a late adopter. I'll stick with a piece of technology, a car, a ratty old sweater...anything at all until I really feel like I've gotten the good out of it. Or until it explodes. Even then, I try to find someone who needs it. Lots of people use explodey-things. Evil scientists, Hollywood prop houses, Looney Tunes.

But the gift of my iPhone for my attaining my graduate degree a year and a half ago ushered in a new era for me. I love that thing. I named it "My Precious" and my husband has to pry it out of my busy little raccoon paws constantly while I check IMDB, read emails, look up song lyrics that I can't remember and take WAY too many pictures EVERYWHERE I go. 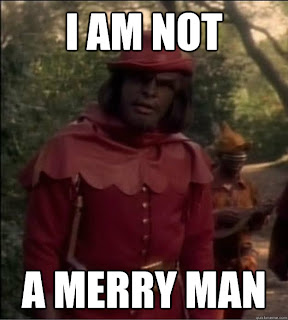 However, I struggle with two things. Text alerts and Voicemail alerts. I think some of it stems from past work stress. Every awful "swoosh" noise meant another task on an already piled up to-do list. It was positively Pavlovian. I would seriously get a stomachache every time my phone went off. So then I would turn the phone to silent and miss roughly 5347 phone calls. Seriously, I get WAY too many phone calls. I'm not that likable of a person, I don't understand.

I would imagine this might double for anyone who has recently ended a bad relationship or is afraid of phone calls from an annoying relative. Each text alert could be from someone who stresses you out.

Though that particular stress in my life has faded, my body has still been responding to the feeling. The sounds.

So I fixed it and I wanted to share how! It's the simplest thing, but it worked for me. You can probably file this under "DUH" or "Everyone else in the world has already figured this out, dummy!" But I bought some familiar sounds via iTunes to replace my old ringtones and text alerts.

Now when I get a text, it's the "Star Trek: The Next Generation" door chime. When someone calls, it's the soothing voice of Captain Picard saying, "Open a hailing frequency." When I send an email, "Make it so." When I get a voicemail, it's the Next Gen communicator signal.  And guess what? I pick up the phone every time I get a message now! (I mean, as long as I'm not at work. Or busy taking pictures of super cute mollusks.)

I'm kind of a nerd for doing things the legal way. I thought about just ripping even more sounds off of Trek soundboards like Majel's voice as the computer, more accurate commands paired with my iPhone functions, etc. I guess it's always a possibility to just record the sounds straight off of the show (That I totally don't watch way too often.) directly onto my iPhone. But that feels like cheating.

So everyone cross your fingers for me that Worf's, "Captain, I am not a Merry Man" becomes a legitimate option in the iTunes ringtone library someday.

I just wanted to impart that little bit of wisdom. If you have phone anxiety, I imagine that you could load yours with whatever comforting sounds work for you. Back to the Future noises, LOTR soundbites, Ken Burns Civil War narrations and violin music...whatever.

*said in ubiquitous lady robot voice* You have an incoming call from...the ghost of Abraham Lincoln.