I share this terrible confession here in the virtual public square because I know that when my weak moment comes again, I shall remember my shame and not repeat it.

While browsing around Netflix this weekend, for a brief moment, no more than a minute I swear, I started to watch "Toddlers and Tiaras".

I turned it off, quickly took a shower of shame, then cleaned my house for a couple hours. Alas, all the sparkly tiles and folded laundry in the world couldn't make me feel clean. I knew what I had to do.

Netflix Penance. With all that crazy-eyed, bedazzled evil still lurking in my frontal lobe, I had to take immediate action. I had to neutralize the damage by watching some of the many classic films that Netflix has available. For two reasons:

1. How would my snob self explain its presence in my queue? What if I had a surprise guest and they wanted to watch something on Netflix and saw the show in my "Recently Watched"? The horror.


2. I had to wash the filth out of my mind. If you should find yourself tempted by "Keeping up with the Kardashians" or "Bridezillas" or even the dreaded show whose name shall not be spoken (Except for the fact that I wrote it in this blog earlier.), take comfort in the fact that YOU TOO can undo the damage and refill that sassy little thinking machine of yours with high-quality content.

I am, of course, mostly kidding. A little reality TV never hurt anyone. It's like a nap for your brain. I watch "America's Next Top Model". But still. Balance is good. You can use the following movies to cleanse your cinematic palate next time you need to do some Netflix Penance of your own. You'll be glad you did.

1. Butch Cassidy and the Sundance Kid - 1969 - It's not just a Western. It's a buddy comedy. It's a comedy comedy. It's a road movie. It's part musical. (Sort of.) And it's also a study in excellent screenwriting and formalistic film technique. 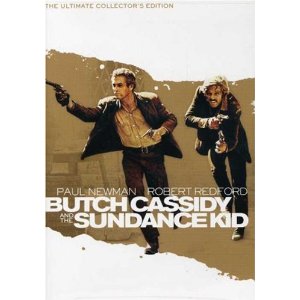 2. Sabrina - 1954 - Even I'll admit, the chemistry between the lovely and otherworldly Audrey Hepburn and the slightly older and curmudgeonly Humphrey Bogart isn't exactly setting the screen ablaze. But Audrey is enough. The humor is enough. And that gorgeous black and white footage is enough. 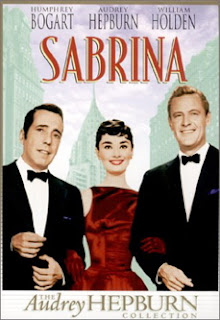 3. Duck Soup - 1933 - It's easy to dismiss old movies. "Sure, that was funny back THEN," you might say. Watch this movie. And laugh with reckless abandon. Rapid-fire punchlines. Perfect physical shtick. Behold...the silliness.

4. The Producers - 1968 - There's Gene Wilder and Zero Mostel and a musical about Hitler. 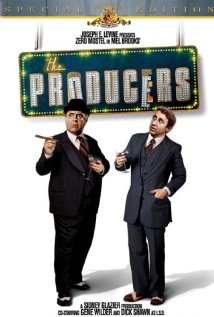 5. The African Queen - 1951 - This is the kind of movie you show to a classroom of students and at first they're all like, "Psht! This dumb old thing? This is so booooo...hey are those Nazis? Did that older missionary lady just suggest building a torpedo? Wait a tick...is this a river adventure?"

That's the true test of a good movie. Can it survive the cynicism of college students? Let me tell you. It does my friends. It does. 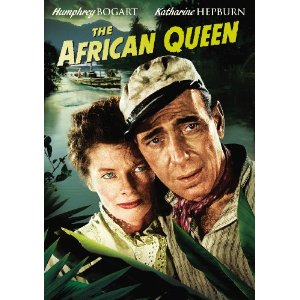 6. Chaplin: The Movie - 1992 - Yes, this movie is a little heavy-handed. Yes, the score will make you cry before you're invested enough to know why. But anyone who loves the wonderful genius movies of Charlie Chaplin will be stunned at the dedication and physical prowess of a young Robert Downey Jr.

This is somehow a sad biography film AND a glitzy escapist jaunt. It takes you back to the glamour days of early Hollywood when Mary Pickford (in her early diary writings) described it as a vast and open country that smelled overwhelmingly of oranges. It takes you back to a time when there were hundreds of movie studios because the art form was brand new. You even get to visit one of Errol Flynn's swinging chandelier parties.

Lovingly crafted by Sir Richard Attenborough, the movie will make you pine for those good old days that weren't even yours. Afterward, you'll go watch some Chaplin. Some "Modern Times", a little of "The Kid", maybe even some of his shorts that are (Guess where?) on Netflix.

And THAT is never a bad thing. 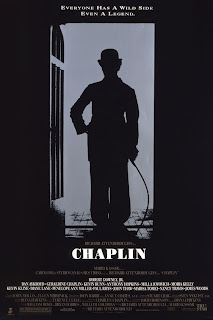