Fundamental Life Truth brought to you by The Sound of Music 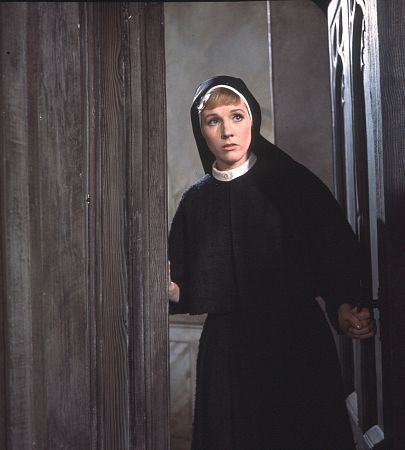 "Maria, these walls were not meant to shut out problems. You have to face them. You have to live the life you were born to live."

- Mother Abbess. "The Sound of Music"

I've written, deleted, and rewritten a dozen entries about the topic of faith and how it intersects with my geekdom. But I can never seem to hit that big scary "publish" button. I've done some stuff for the Burnside Writers Collective before, but that was mostly parody.

The most I can muster today is this Fundamental Life Truth. The walls of "the abbey", metaphorically speaking, are not to be used for hiding. (Or literally, you know...if you live in an abbey.)

I've heard a lot of people use God as an excuse lately. People of faith know how to say all the right things sometimes. Stuff like, "Don't hide your light under a bushel," and so forth. But they, we, also know how to suffer silently for no good reason because we're afraid of doing what we're called to do.

But you can't seek approval from anyone else in regards to what you really really REALLY want to do with your life. You just have to do it. Stop hiding. Stop preparing. Just go. Be who you feel like you're supposed to be and stop seeking approval from others. You may never get it.

What problems aren't you facing today? What life were you born to live? Are you living it?