I wanted to ask a question on facebook the other day. But it seemed so self-centered that I decided to ask the question of myself rather than seeking validation from others.

And I promise, that's the only time I'll use the word "validation" in this blog entry.

I wanted to ask, "When was the first time you ever remembered me talking about wanting to be a filmmaker?"

I have this theory that if you look, and I mean REALLY look at your life, you'll find that some of the great unanswered questions you struggle with have actually been clear all along. You just have to be willing to accept the evidence that presents itself.

Did you ever play that MASH game when you were in junior high or high school?

(My best friend has correctly assessed that my taste in men was always "slightly left of center". She never judged my deep and abiding love of the seemingly conflicting nerds and bad boys. For the record, I blame Ghostbusters for this duality. Spengler and Venkman imprinted a generation of girls with "ideal" male archetypes. See: Next set of parentheses.) 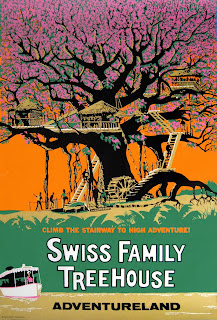 YOU WILL LIVE IN
Disney World
New York City
Hollywood (I didn't know any better...)
A trailer park

To make it fair, you always threw in a choice you didn't really want. Otherwise, where was the thrill of risk that only gambling with such matters of importance can offer?

The next step in the game is where you pick a number and you go down the sheet and whatever number you pick (say, four) you cross off every fourth choice and then you repeat that process until you only have one option left in every category and that is what your life is going to be like.

Remember, this system was brought to you by the same genius minds that figured out how many kids you were going to have by measuring how many times you could fit your forefinger and thumb around your lower arm. (I was always doomed to twenty seven kids because I had Tiny Tim pre-pubescent matchstick arms until I was fifteen.)

It was all a moot point anyway. Because I always cheated. I picked the number I needed to get to the destiny I wanted. Nobody was going to stop me from living at Disney World (in the Swiss Family Robinson treehouse thankyouverymuch) with Elijah Wood.

Because I thought he was a super hunk in the movie "Deep Impact" and I heard that "Waiting for Guffman" was his all-time favorite movie, which I believed made us destined for each other. I leave that sentence as a run-on, because it was the fevered delirium in which I spoke of my perfect future after I engineered it during a round of MASH. All the other girls who played would get stuck with the smelly boy from gym class as their husband living in the shed in the backyard or something. But I had cracked the system. 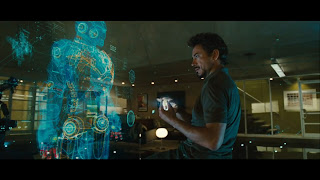 I started to think back over my life recently. I sifted through memories. I imagined myself as Tony Stark and I pictured what I was searching through, all the times I dreamed of being a filmmaker or a comedian, as a holographic series of images in front of me. At first, they were all layered and messy. But I found that my memory started to sort itself backwards and I saw a pattern there. I had already MASH-style cracked the system of my life, I just never realized it.

I remembered that my favorite class the semester before I graduated with my BA was "Directing" with Karen Kessler. We spent the entire semester talking about working with actors, working through the nuances of how to bring plays to the stage and being given assignments like "Choreograph a few minutes worth of blocking onstage to the song of your choice, no dialogue." (I wrote a scene on a park bench between a cranky old woman and a young man set to the Fiona Apple song "Waltz".)

We improvised scenes with our classmates. My hilarious friend Mike Brower and I came up with a sketch about a little brother annoying his older sister by practicing elaborate retro dance moves in front of her while she was watching TV.  Mike and I made the whole class laugh by trying to see who could do the most sarcastic version of the 80's dance move "The Snake".

Now that I think about it, a lot of my sketches are about cranky women who are annoyed all the time. Where could that possibly be coming from?

I was out of school waiting tables to earn tuition to get back INTO school. (It took me eight years to finish my undergrad.) It was the beginning of yet another semester and I was still a townie. As I waited tables, I would lose myself in an elaborate fantasy for a movie intro I had written. At the time, I was completely obsessed with the Jimi Hendrix song, "Voodoo Child" and I would fumble with plates and trays as I pictured directing my roommate Lauren in a sequence set to that song.

The story was about a woman who suffers a head trauma and wakes up to thinking she's a La Femme Nikita-style sleeper agent for the government. Really she's just a comic book writer who got knocked in the head and is misguided by the memories of her writing to live out some of the more daring adventures she wrote. It was called "Author".

I probably drove my roommates crazy talking about it. It was always something with me. I wanted to do a Charlie Chaplin short film, but with the genders reversed. I wanted to do a movie trailer for the story of David. (As in David from the Bible.) I wrote a screenplay about a man who went on a failure-filled cross-country robbery spree because his dog died. Yacketa, yacketa, yacketa. When left to my own devices, I start creating stuff in my head. It's just...what I do. I'm not claiming it's any good yet, but it seems to be my natural state of being.

YEARS BEFORE THAT...
I remember taking this long spring walk with my college boyfriend and trying to have an elaborate discussion about an idea I had for a movie in which a grown woman's invisible friend slowly turns the entire world around her blue, eventually driving her insane. First all her clothes turn blue, then her possessions, then her cat, then her house. I think we got into a fight that day, because he didn't know how to talk with me about my ideas. I think he probably thought I was a little bit crazy. (I think he was probably right.)

In high school chemistry, the only assignment I ever aced was a video I made about the periodic table with some friends. It was a superhero comedy in which each element is played by a hero or a villain and the chemical reactions that happen on the periodic table manifest themselves in superhero fights and chase scenes.

Everyone else made dioramas and models. But the only thing that occurred to me was to make a movie.
"Fact is there's nothin out there you can't do
Yeah, even Santa Claus believes in you.
Beat down the walls, begin, believe, behold, begat.
Be a better drummer, be an up and comer.
Can you picture that?"
Email ThisBlogThis!Share to TwitterShare to FacebookShare to Pinterest
Labels: On Writing
Newer Post Older Post Home