Embrace Your Identity Crisis (If Jack Skellington can do it, so can you.) 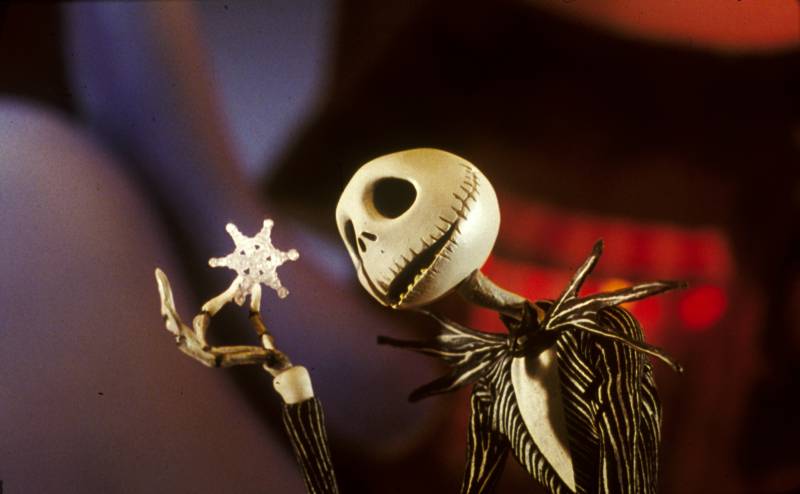 I remember the day my parents took me to Indianapolis to see "The Nightmare Before Christmas". It was a wonderfully overcast Indiana day in November 1993. In a fit of fantastic genre agreement, it was also the first day of snow.

I remember wanting to identify with Sally while I watched, thinking that I should. Because she was the girl. But Sally was already self aware. She knew who she was, what she wanted, and she did whatever it took to go after it.

Jack's problems rang more true. He wanted to be something he wasn't, all glittery and glowing. Normal. I too, with my weird quirks and strange style and natural bend toward the gothic, envisioned a more populist way of being a kid. I wanted to be in step with the world around me.

There's something so effortlessly magical about the image of an innately dark character discovering the joy of Christmas. Holding a tiny delicate snowflake and feeling wonder, maybe even hope, for the very first time. It gets me. It really does.

I watched the movie again yesterday while hanging my fall garlands and orange and purple lights. The best movies can show you something entirely different with each viewing. I'm enjoying watching my favorite films at different stages of my life and seeing what comes through that never did before. Sometimes a viewing hits you in an unexpected way, that's what happened to me yesterday. I can't explain it just yet. Not fully. But it muddied the waters. In a good way.

Nightmare Before Christmas is a fish out of water story, but it's also a coming of age. It's a story about self-acceptance, even amidst the discovery of something new. The question of the film, for Jack, is "Who am I in relation to this new world I have discovered? Where do I fit? What is possible now that wasn't possible before?"

What would the movie have been like if he locked himself away in his tower and never went through his identity crisis? What if he hadn't almost ruined Christmas? What would he have learned?