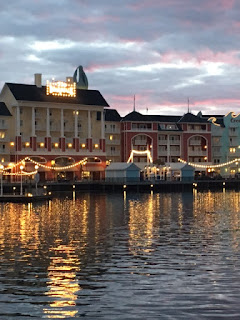 Restarting this blog with the mandate to only write about things in life that I love has opened a whole new world for me, if you'll pardon the obvious Disney-ism.

Caveat: If you want a mini photo tour of Disney's Boardwalk Resort minus my chatter, just scroll down a bit and click READ MORE at the bottom of the page.

Living in Florida was my dream as far back as I can remember, thanks in large part to our family vacations here when I was a kid. Getting to literally live my dream life as an adult is something for which I'm immensely grateful.

The best part of living in Central Florida is the access it gives you to so many incredible sights. We moved here over five years ago, and on any given night we can still think of something new to do that doesn't cost money. (Maybe a little gas money if anything.)

For example, Walt Disney World's website currently says it has "more than twenty five resort hotel locations". (Which immediately makes me think of what the Comedy Bang Bang reply would be, "So, twenty six?")

Last Sunday night, we both felt like stretching our legs. (We're big walkers and talkers.) So we decided to visit Disney's Boardwalk Resort. We've been on the boardwalk before, but we've never explored the hotel.

We're passholders*, so we parked at Epcot, walked through the world showcase, used the kinda secret (but not really secret) second entrance at the back of the park in between England and France and voila, suddenly found ourselves transported to Coney Island.

The weather is so beautiful this time of year. There's always a breeze at night. It's not so cold that you need a jacket and it's not so hot that you get all gross and sweaty. (*I should offer a caveat here, you don't need to be a passholder to visit any of the hotels. There are loads of great restaurants and spas and what-not to visit "on property" as we say here at Disney World.)


We hit the boardwalk at almost exactly sunset and decided to do a full lap around the area. I took a few pictures if anyone out there feels like living vicariously! Nothing fancy, just taken with my iPhone. But we plan on going out every Sunday night while the weather is still good. So if anyone out there is reading and wants to see anything specific, let me know!

This is the chandelier that greets you in the main lobby. P.S. Almost all Disney resorts smell like bubble bath, especially this one and Disney's Contemporary. It's a delight, I tell you. A sheer delight.


So, when we saw this sign, we were so excited we literally went running to follow it. If you didn't know, I'm a huge nerd for old-timey radio shows and music. If you're on Spotify, you can check out this playlist I made if you're interested in music from the 30's and 40's. (It has some music from the jungle cruise queue and the Tower of Terror queue included.)

Disney is so great with retro nostalgia. My other favorite place for this feeling is The Brown Derby at Disney's Hollywood Studios. (They make a vegan cobb salad that I'm pretty sure they'll serve in heaven.)

So we've lived here for over five years and I had NO IDEA this lounge existed. It's these little touches that make Disney so magical. And being this close to Disney World? You can explore for literally years and never run out of things to do. Sorry, I'm raving again... 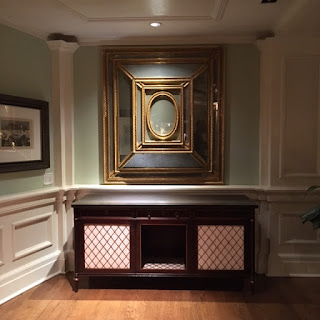 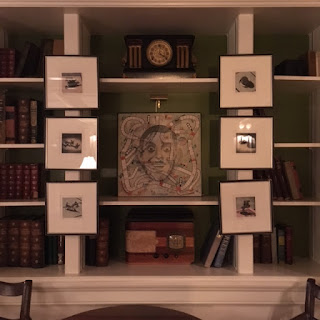 There were several little cabinet areas like this with chairs and tables situated nearby. Each little cubby had a radio and every radio was playing a classic show. There's also a bar, being that this is a lounge and all. So if you wanted to, you could just grab a drink, sit and relax to the incredibly soothing sounds of old timey radio. Cool, right? 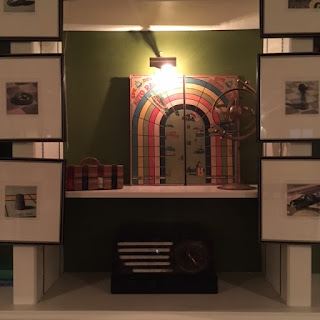 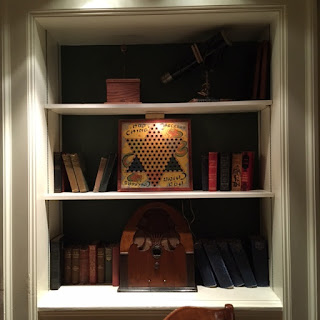 I thought the Chinese checkers were a nice touch. I remember playing with those at my grandma's house when we were kids. 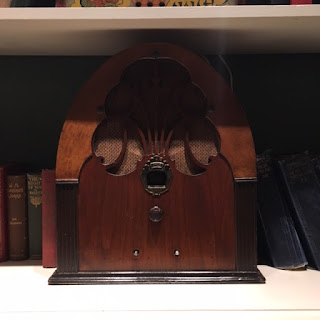 And the radio in this cubby was my absolute favorite! 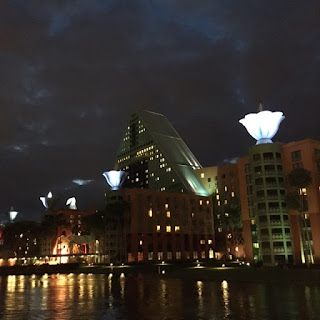 By the time we emerged from our little adventure, the sun had set. We decided to walk the loop past the Swan and Dolphin (pictured above) and through Disney's Yacht and Beach Club Resorts before exiting back through Epcot.

Honestly, I didn't even show you the half of it. If you're ever in the area, even if you aren't staying on Disney property, you should come out just for the sights and sounds. (And maybe for a good meal too.)

Where should we go next Sunday?