2 History Podcasts That Will Make You Re-Think Media 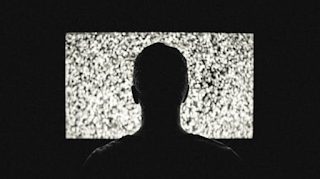 Do you get irritated when you're standing at the gas station waiting for your tank to fill and you find yourself assaulted with that obnoxiously loud tv built into the pump?

Do you mute the commercials when you're watching tv at home?

Do you want to scream every time you hear those three little letters...t...m...z?

Because I do. I want to scream a lot.

I've got a theory. I think Americans, in particular, and maybe people all over the world, are suffering from the side-effects of over-exposure to media. Not just media addiction. Not just unparalleled access to the endless flood of content on the internet. I'm talking about the ever-increasing white noise pollution of advertising.

I recognize it's entirely possible I feel this way due to "kids today" *shakes fist* syndrome. I'm 34 now. Having grown up in that strange shadowland between Generation X and Millennials, myself and my comrades were the last to know a childhood without the internet. We were practically strangers to the gladiatorial conflicts consistently shoved down our throats via reality television.

And yes, I'm sure the people who came before Gen X probably decried the presence of cable and satellite television. Whatever your age, whichever stats you quote, you can't deny that the presence of advertising and dumbed down television in our lives has doubled...tripled even.

If you're like me and the world is getting a little too Orwellian for you, how do you begin to undo the intellectual damage in your everyday life?

There are two simple steps:

1. Stop over-consuming media immediately. Like those aforementioned gas station tvs, (man, I hate those things) we can no longer control all the messages we receive when we're in public.

Consider tracking the time you spend on media at home and total it at the end of the day. It may surprise you. If you're willing to do this for a week and also record your moods, you may notice an easily identifiable correlation.

Try cooking while talking with family, go to bed without the tv on, or take a walk without headphones. Note your responses. It may be difficult at first, research shows our attention spans are actually shrinking. But that may just be further proof that it's time to rethink your media intake.


2. Curate the media you consume. Carefully. What if you evaluated everything you listened to, read or watched? What if you rejected anything that didn't add value to your life?

You don't have to be lead by your ever-changing whims and constant desires. Those have been shaped by outside forces from your childhood onward, but you can put them in check by creating a system that works for you.

For example, I recently decided that if I was going to listen to podcasts, they wouldn't solely be for entertainment. They would also have to teach me something new. After I made that decision, it was easy to narrow my list to...


1. Karina Longworth's You Must Remember This 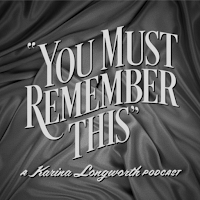 In the grand scheme of world history, mass media is new. Brand spankin', in fact. Film itself has been around just a shade over a century. Comparatively speaking, that's not very long when you measure it against the media and art of the past. (Painting, music, dance, etc.)

What we need is history. Facts. A new way to ponder the past. Not just through the softened lens of classic film, but through the history of how those films were made.

I've talked about this podcast previously. In fact, it's what brought me back to blogging. "You Must Remember This" highlights world history and social norms, providing an educational and easy-to-understand juxtaposition for our current times.

If you grew up watching massive amounts of classic film via library, VHS rental, or TCM, this podcast has the added benefit of adding retroactive value to all that time spent watching movies.

One thing we lack right now, en masse, is context. The reason why so many people are struggling with the difference between "fake news" and actual news are complex. But not so complex we can't get to the bottom of things.

Now, about how the media landscape affected that...the rise of reality television, the monetization of news entities, and the chokehold over American text books have all played their part in creating this confusion about what is real and what is "fake".

While we have more control over these areas than we realize, specifically, via our purchasing power, we tend to overlook that power. Maybe some of us don't know about that because we're choosing to consume majority fluff.

And hey, I don't hate fluff! I love fluff! Fluff forever! Maybe there's no correlation there at all and I'm just being judgmental.

But if that's the majority of what you watch, read or listen to, you're doing yourself a disservice. We've all heard Churchill's famous quote, "History is written by the victors." I've often wondered how and when. Malcolm Gladwell delves into that concept via a variety of topics, often tracing a pathway back for us through recent history, explaining how we got to our metaphorical here in the first place.

I'm thinking specifically about his episode on satire, which would be a great place to start if you're new to his podcast.

I guess I've gone to a lot of trouble in this article to ask for a very specific favor, ignore anti-intellectualism. If you're feeling particularly saucy today, consider taking up an active fight against anti-intellectualism by becoming more intelligent and more aware.

Being smart doesn't make you a snob. Committing to lifetime learning is a lovely endeavor. And if it still makes you feel threatened, know that you can learn all this in secret and you don't have to tell a soul, whether you're Gen X, a Millennial, or a Shadowlander like me.