"Lord of the Rings", "Beauty and the Beast" and Igor Stravinsky 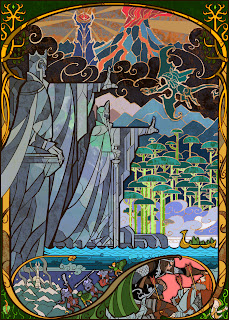 When TheOneRing.net posted the image on the right to their facebook page, it really really inspired me.

All of the sudden lately, I find myself attracted to concentrated artistic endeavors. I've been a jack of all trades, master of none for so many years now that I think my attention is being captured by people and artists who have a singular focus and an easily identifiable outlet for that focus.

I followed the link to the page where the stunning image came from, Geek Art Gallery, and I really fell down the rabbit hole. I love the style of the image and the way that it has that kind of Mary Blair-like whimsicality and the specific stained glass style that reminds me of "Beauty and the Beast".

I also got a bug about searching down specific filming locations that I love. I've always had this dream vacation in mind where I go across the country just visiting my favorite filming locations from movies that I love. I think it would make a smashing documentary, providing that the characters along for the ride had a good secondary storyline going on.

So I Googled some of the locations from "Return to Me" (a movie I ADORE done by the comedic genius Bonnie Hunt) and found the following blog that I also spent a couple of hours on. It's called "It's Filmed There" and it's packed with good stuff. I particularly enjoyed the Chicago section, I really love that city and some of the most inspiring moments of my life have happened there.

I think what's going on is that it's time for me to get more specific than I ever have and to treat what I do as art. The danger in making a living as a creative professional is that if you aren't careful, you look up from your laptop one day and business has taken over your entire life. You aren't doing anything for fun anymore. Everything is about money somehow. So I'm making some adjustments. Trying to schedule out time for new artistic adventures. Trying to work in new formats. Getting out of my comfort zone. Putting the "business" of creative business back where it belongs...in the second half of that phrase.

And I'm intentionally not going to talk about it on this blog. I have a nasty habit of talking about the things I want to do and then NEVER doing them. So I don't want to blog about any of this stuff until it has manifested in such a way that I can take a picture of it once it's underway or SHOW you a final product.

"My freedom will be so much the greater and more meaningful the more narrowly I limit my field of action and the more I surround myself with obstacles. Whatever diminishes constraint diminishes strength. The more constraints one imposes, the more one frees one's self of the chains that shackle the spirit."

Heather Talks about The Calming Effect of Ninja Turtles 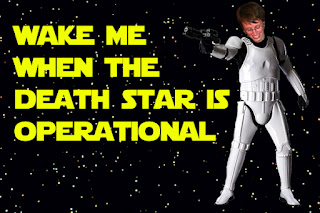 It has come to my attention that yet another old cartoon is getting a face-lift and being presented to a new generation. The Teenage Mutant Ninja Turtles are coming to Nickelodeon  this month! Now, our kids will be able to experience for themselves the things we knew and loved!
It's genius, really. Nostalgia kicks in, and the parents are off running to buy themselves—er, their kids—the latest overpriced merchandise. But what are they really selling us? Lies, I tell you! Lies!
Think about it. The these turtles were teenage ninjas back in 1987. Even allowing that they were as young as fifteen back then, that makes them at least forty, people! Teenagers? I think not.
This is the thought that ran through my head last weekend as my son as had five stitches placed in his finger. That's right, folks. My thirteen year old son was going through a traumatic experience, and instead of offering him words of love and comfort, I distracted him with aging turtles. And guess what? It worked! Now who's the genius, eh?
As the nice ER doctor infused the wound with lidocaine, I dubbed the boys in green the “Midlife Crisis Ninja Turtles” and asked my son how this would differ from the original version. Five stitches later, we had righted the wrongs of the animated world.
Our turtles hadn't fared so well. They were all either divorced or cheating on their spouse with a younger woman. (You know, the hot young thing they picked up in their new red sports car.) By some miracle of nature, their bald heads had sprouted enough hair to create nifty comb-overs.  They spent too much time at the gym, drank lots of Gatorade, and tried to fit in with the hipper new MMA crowd. Their new “friends” thought they were a big joke.
Thank god the doctor was quick with a needle. I shudder to think what we may have done to the poor Scooby Gang!

Heather Cichos is a writer of the highest order (supersize those fries, please!) and speaks in fluent Moviequotish. She finds Jay Baruchel strangely attractive, but is unimpressed by George Clooney. (Exception: back when he was in “The Facts of Life”. Yeah, she's that old.) She is also a staunch supporter of shrink-ray technology. Isn't everything cute in miniature?

Email ThisBlogThis!Share to TwitterShare to FacebookShare to Pinterest
Labels: Heather 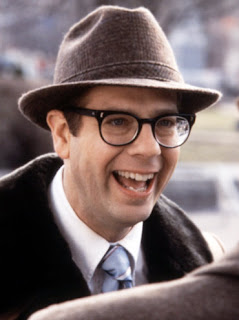 I love character actors. Any time I get the chance, I fill my projects with them. All the way up to the brim.

You love character actors too, by the way. Even if you don't know it. You love the guys and gals who pop up in small cameos and tiny colorful roles in all of your favorite movies.

WHO, as it turns out, podcasts.

AND writes with clear prose and warm memories from his decades as a working actor. (And he's still quite young, might I add.)

This is the beginning of the third week in a row that marks my obsession with this song. I love the movie "Labyrinth" very much, as well as "The Dark Crystal". I'm a giant Jim Henson fan. But I don't know why this song in particular has lodged itself so persistently in my psyche. But I'm not complaining.

When I searched for it on YouTube, I discovered a wonderful little gem. A music video for the song I'd never seen. I assumed it would be a clip montage from "Labyrinth". But no, it's some of my all-time most favorite characters coming to life in a brand new way. And I never even knew it existed until this week. Hooray for wonderful surprises.

Enjoy the song and the video...

I'm only twenty years away from my Sally O'Malley-themed birthday party!

It happened. I turned thirty.

Ah, birthdays. The day you get to pat yourself on the back for managing to stay alive. As much I already want to don the red pantsuit, I guess I'm still about twenty years away from that.

But that didn't stop me from annoying the ever-loving pants off everyone I saw on my birthday by yelling, "I'm THIRTY" just like Molly Shannon as Sally O'Malley. (Followed by lots of kicking and stretching.)

On my actual birthday, I really wanted to get some work done in preparation for my week-long "stay-cation". (Which I am currently in the middle of.) When you live in Orlando, you pretty much don't have to go anywhere to have fun. You just have to find the time to do all the stuff you want to do. And so I did...

Say, "Hello" To My Little Friend

You know her already, as she has been sending in contributions to this blog for a few years now. She is a fangirl of the highest order and she has some seriously major books in the works. (I can't tell you any details, all I'll say is that one of them already has a celebrity attached in a very unique way. And they approve!)

Heather Cichos will now have her own regular column here titled, "Wake Me When the Death Star is Operational." You will know her columns by this image, which will appear at the top of all of her contributions. 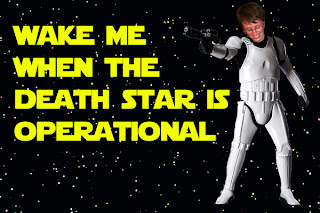 She'll also still be tagged as "Heather", so you can find all her contributions that way in the topic guide in the left sidebar. Though I won't be taking on any other regular contributors at this time, I will reconsider it in January! I get some requests from time to time, so if you are one of those people, wait until January and I'll announce more details about it then.

Until then, enjoy Heather's upcoming blogs! She brings an irreverent sense of humor and her writing often centers around the obsessive-compulsive nature of fangirling, as both a positive and a negative in her life. She talks about parenting her little geeklets. She talks about finding geek inspiration for the holidays...you could almost think of her as the Martha Stewart of fangirls, for all of her craftiness and attention to detail.

To you a formal welcome Heather...

The force is strong with this one...

My niece sent me the following video and photo. I got a pretty big kick out of both of them. Of course, I'm pretty slow in "teh internets" (Exhibit A. is that I still think it's funny to say "teh internets".) these days, so pardon me if this is already super popular and I'm just way late to the party. Either way, Saturday night geek dance party! (Yeah, I'm talking to you, get up and dance!)

There was also this...gave me quite a chuckle. 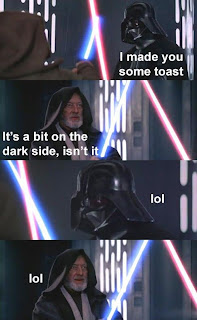 The illusion that anyone in this life has any kind of negative power or control over you is just that, an illusion. The second you decide to break that and say, "You cannot tell me what to do, how to feel, what to think or how to proceed with my life." everything will change for you.

Especially when you are willing to accept the consequences of your independence, even if those consequences are that you now have to think for yourself and work harder to accomplish your OWN goals.

That's it, one simple decision for yourself, to go against any guilt or fear people may try to instill in you and tell them, "You have no power over me."

(Except don't actually TELL them. Or you'll sound like a crazy person. More like, just tell yourself and then start making healthier decisions.)


Cheesy, but true. Be brave, do your OWN THING! I know Jim Henson meant this movie to be primarily for children, but the lessons he was trying to teach them with allegory still seem apply to me...
Email ThisBlogThis!Share to TwitterShare to FacebookShare to Pinterest
Labels: Fundamental Life Truth, Movies
Newer Posts Older Posts Home
Subscribe to: Posts (Atom)