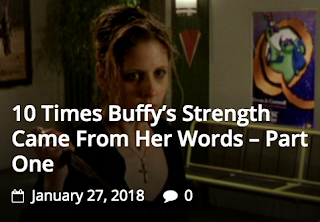 My latest article for FangirlBlog.com is up today.

Tricia Barr is a wonderful editor. She took an eight page ramble I wrote about Buffy and turned it into a three-part series on Joseph Campbell's Hero's Journey.

I've written about Buffy a lot. Probably too much. If you want to read more, check out this op-ed on the Buffy/Spike relationship and this creative writing syllabus based on the show.
Email ThisBlogThis!Share to TwitterShare to FacebookShare to Pinterest
Labels: Articles, buffy 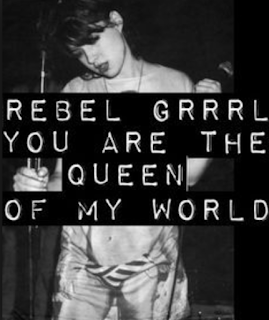 Here's the thing about nostalgia-based music listicles, they usually come in one of two forms:


1. They examine the hits and/or forgotten one-hit wonders of a specific era. That's fun. I enjoy it.

2.  They only cover one genre. This is also fun. But I needed to construct a different kind of list.

You know what I think about nostalgia in general? We drift toward thoughts of the past when we:

A. know we need something from it (comfort, familiarity...even a tiny dose of pain) and we know we can find it in that particular set of thoughts and memories...

B. We're drawn to something very specific about that time period on a subconscious level. 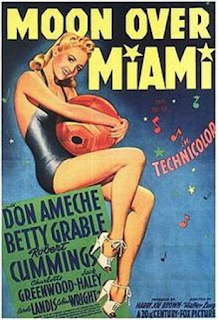 Pardon the conversational tone of this list, I sprained my dominant hand on New Year's Eve and I'm trying to keep the typing to a minimum.

So...it's cold. If the heat's on here in Florida, it must be positively frigid up north. In fact, today my best friend told me they wouldn't let the penguins out at the Indianapolis Zoo because it's too cold.

When I was in high school on winter break, my favorite thing to do was stay up all night and watch classic movies. Why? Because I was super cool, that's why. *shifty eyes*

THAT'S WHAT COOL KIDS DO.

Anyway, I had a handful of go-to playlists. My favorite was Sabrina, Roman Holiday, and Only You. They pair well. When I felt a chill in the air again, it jolted my memory. So I decided to share the perfect little playlist if you're absolutely freezing.

Here are 5 Classic Movies to Cure Your Winter Blues


Moon Over Miami is escapist fun. It's Betty Grable at her finest. The costumes are beautiful, Don Ameche is young and handsome, and the character actors are top notch.

On my recent rewatch, I realized portions of the movie were filmed just a few miles away from where I now live in Silver Springs. Little high school Audrey would be so thrilled. BTW, this movie redefines high kicks in the best way. You'll see.

FYI: This flick is sometimes hard to find, but I rented it on Amazon.

Gentlemen Prefer Blondes is a little slice of vacation-based heaven. It's Marilyn Monroe's most underappreciated comedic work, based on a play by the criminally unlauded writer Anita Loos.

3. How To Marry A Millionaire

While not exclusively set in summer, the season does play a large part. This comedy features Lauren Bacall, Marilyn Monroe, and Betty Grable gold-digging in Manhattan.

In college, my film professor referred to this type of movie as a "caviar comedy", for its escapist lingering in the upper crust. Think The Thin Man or any Fred and Ginger movie. Any story where money isn't a problem and formalwear is a must.

It's also worth noting, this is one of the greatest film scores. I frequently clean the house to it. It's Miles Goodman at his finest.

Set in Florida and filmed in California, this comedy is Jack Lemmon's finest. (I promise I didn't mean to over-saturate this list with Marilyn Monroe.) There are beaches and boats galore, dreamy costumes, and sharp writing.

Bonus: The Seven Year Itch, where a heat wave provides the inciting incident for the whole story. And again, another Marilyn film. I'm starting to see a correlation between Marilyn and movies set in locations where it's so hot she had to wear less clothing.

I always have a tough time enjoying this trailer, knowing what devastating personal damage it caused behind the scenes. If you don't know much about Marilyn, check out this article giving you a history of how she became America's most iconic blonde.

Anyway, I think that's about as nerdy as it can get in here today.