I Think I Have Fangirl Burnout 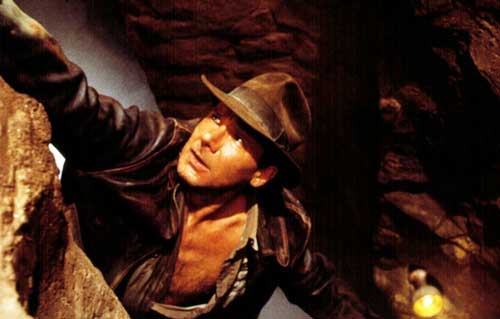 I don't think I want to be "Born For Geekdom" anymore. I think I need a really long break.

Am I a geek? Yep. Will I always be one? You know it. But I think there's more to life. When I started self-identifying that way publicly, years ago, it had a different tone. Now, to me, my place in it feels shrink-wrapped, commercialized and inauthentic to who I am on a daily basis.

I used to say, "I suffered for my geekdom" because it was true. That statement used to feel so important to me as a part of my story. Now I think, "So what? Do I really want to carry around the mantle of having suffered and make it 'my thing'?"

I used to feel liberated by my geekdom. Now I feel a sort of consistent pressure to prove how much I know about movies and superheroes and blah, blah, blah. Being a geek, for me, used to mean ducking out of that rat race. I don't think anything has changed about the culture I love so much, I think I'm just situated incorrectly within it at the moment. Or did it shift? Did anyone else feel it move just an inch or so under our feet?

I'm not one of those, "Boo! Nothing should ever change!" people either. I'm really not.

Let me be absolutely clear, I support the movement of geeks and nerds embracing their true identities, especially my fellow women. I'm still for the cause. All the way.

But...there's more out there. We all know this. I suspect that none of us think our online identities or the time we spend at cons are the sum total of who we are. It's a part of who we are. Right? We are telling young girls that...right?

We get that, yes? We're not teaching them to swoon over men and be obsessed with boys, just in a context we're more comfortable with, I hope.

Are we encouraging the young women in our lives by showing them examples of female sci-fi writers or other women in the industry? Are we pointing out when a beloved geek culture film or TV show fails the Bechdel?

Who is on Death Star watch? We're not building one of those, right?

I'm more than my Netflix queue. I'm more than my tattoos and my t-shirts and my comic books and my movie collection and the cons I attend and the trivia I can cite. I can use my geek powers for good. I can parlay them into doing something, making something or helping somebody. We should be advertising that part of the geek job description. Not just running around and seeking approval or attention or talking about how cute Han Solo is, I hope. Not just forking over dollars. Not just slapping the label "empowering" on something and then behaving the way that the rest of the world behaves about everything else.

I think I'm experiencing fangirl burnout. Has this ever happened to you? Is there something wrong with me or do I just need to shift gears for a little while and do something else?

Maybe it's my age. Maybe it's the fact that I "fangirled" as a living for so many years. Maybe I'm just transitioning into my fanwomanhood? When I started this blog, I wanted to be Wil Wheaton. This is so cheesy, but now I'm kind of interested in what Audrey Brown has to say.

Changes are coming to this blog. I don't know what they'll be, probably a title swap, a template change. You need to know, I'm intensely grateful for every reader. I legitimately love you guys. I hope you stay with me as I navigate this shift. I'm just kind of freaking out. I know, eloquent, right?

In fact, more people have been visiting this blog lately than ever before. Through massive traffic swings and down times, I've resisted the urge to over-monetize this blog or sanitize it for the sake of more traffic. Because I've always needed it to be able to grow and change with me.

And I know, what I'm saying here is really unspecific. I don't ever want to attack anyone, so my complaints seem vague. Maybe I'm just having a moment. If it's one thing I hate, it's "Anti" people. People who are obsessed with the negative, always "against" and never "for". I'd rather be pro-something than anti-whatever.

I'll never eschew my geekdom. Ever. You can't cast off who you are.  I hope to return one day when my positivity, energy and love for the culture feel reinvigorated. There's no shame in the way I grew up or the things I love. But as a fangirl, I feel completely stagnant. I'm struggling to recognize my culture amidst homogenization. I want more from my years of doing this...being this. I expect more.

Has anyone else experienced fangirl burnout and come out the other side? If so, please share in the comments section below.
Email ThisBlogThis!Share to TwitterShare to FacebookShare to Pinterest
Labels: fangirl, feminism

My best friend Lindsay introduced me to Mike Bibirglia on the way home from a "Back to the Future" screening at the Hollywood Palms a few years ago. Lindsay is one of those people who knows about everything good before 98% of the other people on planet Earth. She's a tastemaker. I think the only thing I ever introduced her to was "Wicked" and Jim Gaffigan. The other thousands of things that we both love came directly from her.

Mike Birbiglia is funny. But he's also skilled at writing and performing emotionally resonant material. His film "Sleepwalk With Me" floored me. It ran through my thoughts for days after my initial viewing. It was hilarious, beautifully shot, but most importantly, it had something specific to say. There's a lot of meaningless comedy in the world. (Which is okay. Sometimes the meaninglessness has a meaning.) But Birbiglia's comedy is grounded, focused and helpful. It's adding something to the world instead of taking something away...
READ MORE...
Email ThisBlogThis!Share to TwitterShare to FacebookShare to Pinterest
Labels: comedy, On Writing

My Birthday. It Happened.

I was going to write a whole "hilarious" blog about coming up with new self-deprecating nicknames for myself in my thirties. Nicknames like "A More Annoying Zooey Deschanel with Shorter Hair", "Posh Spice if she liked carbs" or "The Ron Swanson of Christianity". (It would take too long to explain.)

Then I watched the documentary MissRepresentation and felt really guilty for how often I talk negatively about my appearance here on this blog, even for the sake of jokes. So I shall de-nickname myself. For now.

Or maybe I could generate kinder, more appropriate titles like "A Slightly More Feminine Garrison Keillor" or "Future Comic Book Writer for Vertigo Whose Appearance Doesn't Factor Into or Measure How Talented or Hard-Working She Is".
Which is all to say, this was my birthday song this year.
Email ThisBlogThis!Share to TwitterShare to FacebookShare to Pinterest
Labels: they might be giants
Newer Posts Older Posts Home
Subscribe to: Posts (Atom)