Guys, I'm a Cyber Hobo Now! (And Hopefully, a Filmmaker) 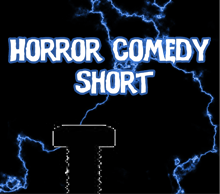 Because I totally want your money! But I'll put it to good use, I promise.

This blogger and longtime film critic is trying to make the leap into becoming a creator. I'm totally ready to fall on my face if I have to. But it's time to try. No matter what.

Some things I want to tell you about our pitch... 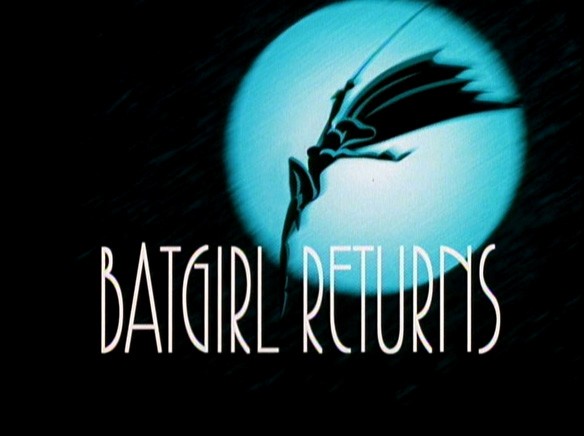 I randomly stumbled upon THIS ARTICLE that points out fourteen of the best of 'em while I was researching fonts for a special project today. As an added bonus, it also introduced me to the nifty website said article was published on, Comics Alliance.

I only own the first two seasons on the show on DVD, but I have to say that I wholeheartedly agree with this list. That was truly a breakthrough show. It was a gateway to comics for many of us, it had a rich full orchestral score, and instead of aiming for a purely contemporary style, it offered a classic and distinct take on art deco. Brilliant.

You know what else? The show holds up really well. Even today. What's your favorite episode? 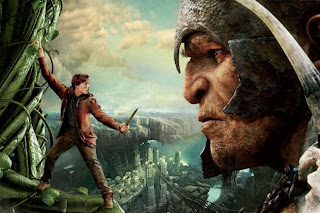 It takes certain elements to make a successful fairy tale. You need a damsel in some degree of distress, a seemingly insurmountable foe or obstacle, and a gallant hero. It helps if said hero rose up from nothingness, but it's okay if he's a well-bred prince as well. The recent release, Jack the Giant Slayer has a lot of these elements and more, along with copious visual effects that are used to try to make you believe in a version of our world upon which giants walked.

There is nothing really groundbreaking or game changing about the writing in Jack the Giant Slayer. That's not to say it's bad, but it definitely doesn't do anything to innovate the genre of mega budget fantasy movies (if that isn't a genre, it is now). The movie loosely follows the familiar story of a boy named Jack who is tasked with selling a horse for the money he and his family need to survive. In a moment of naiveté, he accepts a handful of beans as payment for his beloved steed. That may seem like the dumbest idea in the world, but what sort of kind-hearted lad wouldn't trust a monk?

Let's face it, the reason we go to see movies like this is because it's a two hour eye candy fest. Unfortunately, Jack the Giant Slayer offers more of an “eye candy party with three teenagers hanging out in a basement” rather than a full-blown festival. The giants in the movie has their scale portrayed nicely, and they seemed to be actually part of their environments rather than pasted on top of it. Even their facial movement was well-done, but their shiny and strangely textured cartoony skin detracted from any of their animated goodness. It seems especially rough upon reflection, now that there is a movie that spent far less money and has much more believable visuals.

Overall, Jack the Giant Slayer is a decent movie. It has an easy to follow story, despite being fairly predictable; and despite the textures on the giants looking only a smidgen better than those used in the 90s hit cartoon ReBoot, the visuals are pretty good. There are quite a few months left until the summer mega hits come to our local theaters, and if you catch a matinee then seeing this movie could be considered money well-spent, especially if you have a couple of kids with you or your other plans for the day got rained out.

America, I Made You a Mix Tape for When You Visit the Kennedy Space Center

2. SpaceCamp - John Williams - It's my list, I can put an entire soundtrack on it if I want to.

5. 2001 Space Odyssey - Eomer Deodato - This is the 70's funk version. I admit to using this one because it also appears in the opening scenes of Peter Sellers under-appreciated classic "Being There".

6. Enterprising Young Men - Michael Giacchino - Star Trek- This is one of my personal favorites. So much so that it's the song I wake up to every day. It's my cell's alarm ringtone.

7. Star Trek IV: The Voyage Home - Leonard Rosenman - I'd highly recommend this soundtrack in it's entirety as well. Great stuff! Any/all of Jerry Goldsmith's work is a must too. But if I'm not careful, this will turn into a Star Trek playlist. So moving on...

It's my personal belief that you really have to prep your brain for all of the information you'll be receiving at KSC. A great playlist helps you get into the right frame of mind. After all, KSC is the theme park based on real miracles. One of the only places in the world that still celebrates scientific progress like it's a GOOD THING! Because it is!

I'm slipping into hyperbole, I realize.

Just make sure to visit KennedySpaceCenter.com and SpaceFlightNow.com to plan your own trip and get plenty of up-to-date news on all of the launches happening at the Kennedy Space Center.

What good would it be if I made you a mix tape and you didn't use it?

In all seriousness, a day at Kennedy is something to put on your life list. Make sure to factor in taking an additional guided tour. They are all worth it, but you really need to do the KSC Up Close Tour while the Vehicle Assembly Building is still a stop. It won't stay that way forever! 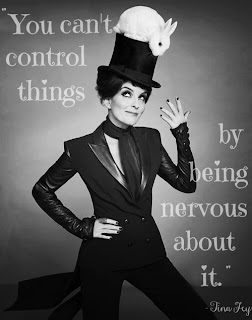 As an awkward teen, one of my greatest joys was going to summer camp every year. Not for the delightful lunchtime hash browns or the chance to cross the state line from Indiana into Kentucky. Though both of those were a plus.

At church camp, I always participated in a week-long improv class. One where we played games, learned about the word "chutzpah" and got into trouble if we pantomimed drunkenness.

Those were good times.

A few months ago, I heard an improv theater in Orlando, the SAK Comedy Lab, was offering a free improv class for those interested in seeing what a semester of classes might be like. So I signed up.

Because why not? Maybe they'd have hash browns...

In Which Aron Does the Hilarious Monster Mash-Up

You should have heard of it, because you're being a good reader and also listening to our podcast!

Anyway, since Audrey and I mentioned that I have had monster mashup novels on the brain, I decided to hash out five ideas and try to get it out of my system!