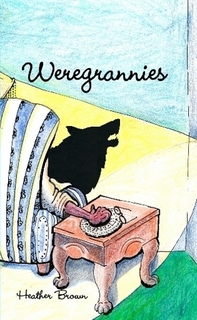 Heather Cichos. She of the coming novel-writing fame, she who would shame Bob Vila with her incredible building, sawing, hammering, measuring skills, and she who let me ride on the handlebars of her bike while singing The Beatles' "Birthday" to me the day I turned six. Yes, Heather Cichos is my sister. But wait, there's more!

Her first book is awaiting publication. The comedic novel "Weregrannies" is plum full of pop culture references and features a cast of sweet little old ladies...turned into werewolves. Her forthcoming novels, well, I don't think I'm allowed to tell you about them yet. (Or I think I'd have to kill you.)

But they both take Heather's love of monsters and pop culture and do something brand new with them.

This is her (funny) Origin Story...

Movie Bites - In Which I Mess Up a Pie 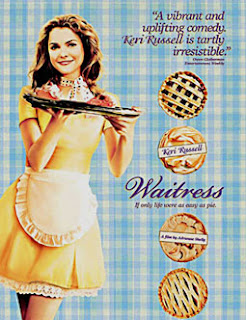 For this week's installment of "Movie Bites" over at at the delectable food blog Smithbites.com, I tried to make one of the stunning pies from "Waitress". As usual, I failed. But I had fun doing it!

Not only can you learn from my mistakes, you can watch a gorgeous video of how to make chocolate ganache the right way at the end of the blog. Seriously, the video is mouth-watering.

If you're on a diet, you may want to skip it...it's too much temptation to bear. All that glossy melted dark chocolate. *Homer Simpson drooling noise* 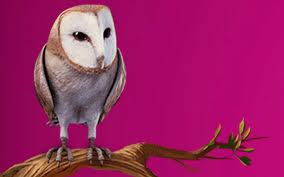 It was one HECK of a week for a geek. Lots of amazing things happened. Let's recap, shall we?

J.K. Rowling made her official announcement about Pottermore. In a charming little short film, Rowling announced that we could literally write ourselves into the Harry Potter stories.

Yesterday was Joss Whedon's birthday. Happy Birthday to the man who brought us Buffy the Vampire Slayer and Firefly. Thanks man.

Yesterday was also the birthday of The Enchanted Tiki Room which opened on June 23, 1963. Hooray for the pure joy of tropical magic.

I posted two interviews with Star Wars voice actress Ashley Eckstein. (Hear that? That's the sound of me tooting my own horn.)

Writer Cole Farrell wrote a sass-filled re-cap of So You Think You Can Dance that will have you giggling. (The phrases "Aquanet fund" and "backup pantsuits".)

Five Sprockets kept you up to date about what was happening in the world of screenplays and what movies are out this weekend.

Sadly, the last thing I have to report is that Peter Falk has passed away. Must've been tingling in the atmosphere because I watched "Murder By Death" on Netflix just this week. Most people knew him as Columbo. I knew him best...as Grandpa. Godspeed Mr. Falk. Thanks for all the great performances and for being so unique.

Email ThisBlogThis!Share to TwitterShare to FacebookShare to Pinterest
Labels: week in geek 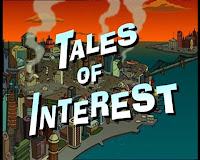 Part comic-book like origin story, part "Tales of Interest" from Futurama...enjoy the first in a series I'm calling "ORIGIN STORIES".

For several months I've been thinking about inviting other contributers to BFG. I've met and worked with so many amazing geeks over the years. Behind-the-scenes, the stories we share about our lives can sometimes be...well...inspirational.

After a recent conversation with Ashley Eckstein about the revolutionary idea of (gasp!) supporting our fellow geeks, I feel more compelled than ever to not just spew pop culture references, but to throw the spotlight on fellow writers and artists who are adding something good to the world.

To inaugurate the series, read how Matt Bergin uses his inner geek to spotlight others for a good (nay, great) cause...

Please support Eckstein's company by visiting her website www.heruniverse.com to check out plenty of amazing merchandise and to chime in on the messageboards.

Interview with Ashley Eckstein: Why "Her Universe" is More Than Star Wars Shirts

UPDATE: I checked in with Ashley again, six years later. This time for Hello Giggles. And now, back to your regularly scheduled ancient blog post. I also wrote this follow-up treatise on why we care so much about celebrities.

And now, back to your regularly scheduled, ancient blog post:

On June 12th, 2011, I stood in a long autograph line like I have many times before. I had just moved to Orlando. It was the last day of Star Wars Weekends at Disney's Hollywood Studios and I came prepared to meet Ashley Eckstein  in the merchandise tent, Jabba's Hut.

If you don't know her, Ashley is the voice of Asoka Tano in the animated Star Wars show "The Clone Wars". I interviewed her a couple weeks prior about her new company "Her Universe". I thought meeting her in person might make a great ending to the story.

I wasn't prepared to stand in an autograph line and be surrounded by fellow female fans. Almost every other autograph line I've ever experienced has been...I'm sorry to say this...mostly comprised of men. That's not an innately negative thing. I was just used to the feeling of being the odd man out, so to speak.

But under the fluorescent lights of the merchandise tent, everywhere I looked I was surrounded by ladies. Moms wearing Star Wars shirts, pre-teens giggling with lightsabers in hand and tons of adorable littles.

I had never been to any geek-centric event where I was primarily surrounded by fans of my own gender.

So...this is my semi-new regular gig for Orlando Attractions Magazine, hosting their weekly theme park series "The Show". (You can also check out my interview with the original Dreamfinder in this summer's print issue.) "The Show" has a great roster of hosts already in place, and I'm happy to be a new member of the team. You can expect me to pop up here every month or two. But I hope you'll check it out every week.

Longest Blog Title Ever. I know. But I have a lot to catch you up on.

It's official, I am a citizen of Orlando, Florida. I hate to be such a cliche already, but I'm sitting here with a glass of freshly squeezed orange juice pretending I'm Bea Arthur.

Well, I guess I'm not official until I get my new driver's license. But we're all moved into our new place, I've been swimming five times and yesterday Jake and I spent our first day at a Disney park. So it certainly feels official.

We were going to be sensible. Honest, we were. Save money on our first Florida weekend. Stay in and catch up on laundry. Pet the cats.

READ MORE...
Email ThisBlogThis!Share to TwitterShare to FacebookShare to Pinterest
Labels: Disney, photo blog, Star Wars, Theme Parks, you ought to be in pictures

Busy Movin' On Up

I'm moving! Literally. I don't mean I'm changing url's. I mean I'm currently packing to undergo a thousand mile move. (Cue the Vanessa Carlton...no wait, don't.) Born For Geekdom still has a series of summer interviews that are going to knock your socks off with video, sound and pictures to boot as well as a brand new blog schedule. I'll only be absent for another week or so. Until then, please let Curtis Mayfield do the talking for me while I'm away. Listen to the man. He speaks the truth. (And you thought I was going to post the theme song for The Jeffersons, didn't you? Maybe next time.)