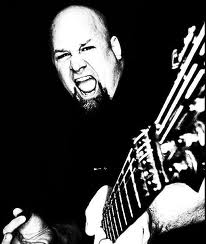 Ah...parody rock. The true cornerstone of any healthy marriage.

To parody anything well, you must first be good at the actual thing you intend to send up.

Imagine a Mel Brooks movie that was poorly edited, had a sloppy script or was miscast in some way. Try to picture "Young Frankenstein" with a confusing plot.

Humor only plays when fine-tuned and delivered in a specific format that the audience can understand and enjoy. If they have to ask questions about it along the way, then what's the point? And I know all of this amazing academic sounding stuff about humor because I am an expert at messing up jokes. 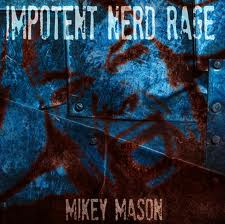 When I heard Mikey Mason's album "Impotent Nerd Rage" for the first time and actually sat back to listen instead of thinking about the sound design or his writing process or any other number of technical details, I knew I was going to be able to relax and enjoy.

Most great parody rock is not-so-secretly and legitimately good rock to begin with. There's nothing funny about bad music. Just ask Nickelback. (I'm sorry, cheap shot, I couldn't resist...) But when I listen to Flight of the Conchords, I don't just find the replay value in the punchlines. I find it in the music.


But let's face it, most humor comes from making fun of stuff. So if you're going to point the finger of blame, you better have your stuff together. And Mikey Mason does. Not only does he pay equal parts tribute and punishment to geek culture, he also includes himself within the punchlines. It's obvious to anyone who listens that he writes from years and years of nerd devotion to things like Star Wars, Firefly, etc.

And "Impotent Nerd Rage" lets everyone in on the joke. This isn't an album making fun of nerds. (Well, maybe a little. But in that Dean Martin roasty way, not in that traumatic jr. high school gym class incident kind of way.) It's an album for us. It's full of inside jokes, and if someone else doesn't get them, then THEY are the nerds. Take that everyone I knew in fifth grade! I now have music specifically written for my chosen subculture! What do you have? Nothing, NOTHING I SAY!

I'm sorry...sometimes I spiral out of control like a Jon Lovitz character when I dwell on days of yore.

With songs like, "She Don't Like Firefly" (Which you may have already heard, as it went viral.) "Too Fat To Troop" and the titular "Impotent Nerd Rage", Mason undulates between the purposefully cheeky send-ups of Weird Al (The widely acknowledged godfather of geek rock.) to the genuine need to rock out like Tenacious D. The album has a signature sound of it's own instead of trying to parody the precise song structure of others. Though I also detect hints of some serious late seventies/early eighties nostalgia in some of the echoing ballads infused with electric guitar.

And also there are notes of...what is that? Oak? Oak and chocolate?

You know what? I'm not a music critic. I know geekdom. And so does Mikey Mason. If you're reading this blog, you'll enjoy his Battlestar Galactica references and the fact that his songs sometimes send up our reference-filled realities and other times sings about the incongruous fantasy of seeing yourself as a stormtrooper and the reality of not being able to fit into your costume.

And also, this album totally doesn't suck. Which I like. The music is quality, the guy can sing and play and not to be captain cliche or anything...but I found myself wanting more. At the end of some tribute albums (And God help me, concerts at sci-fi conventions...I'm sorry, but sometimes tribute bands are the WORST.) you're glad it's over. Bad geek rock is the same as bad stand up or bad cabaret music or bad anything. You just cringe your way through it and hope to never hear it again.

But good geek rock (and good anything) leaves you wanting more. I wonder what will happen with Mikey Mason as his career moves forward, as he continues to develop his sound, his niche, and his style? And if you check out his 2012 touring schedule...holy moly...this man works hard for the money. So you'll certainly have many chances to see for yourself.

Bottom line? Good musician + genuine love of geekdom = something good. No fail. Give it a listen, see what you think. If you go searching for Mikey Mason on YouTube, you'll also see some of his smashing live performances from his extensive touring.