7 Movies That Should Be Theme Park Rides 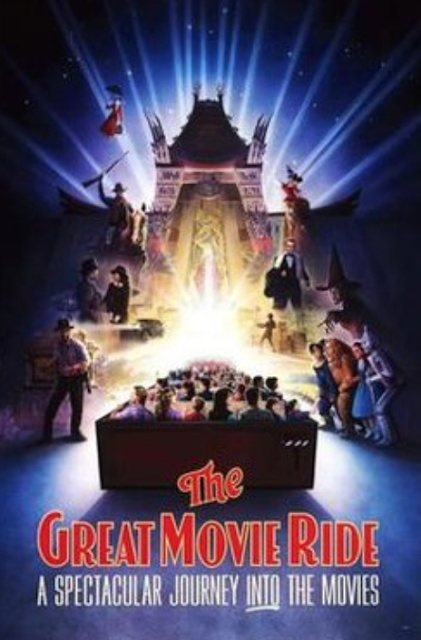 Movies and Theme Park Rides. One of life's great combinations. Currently, there are plenty of movie-themed rides, most of them at Disney Parks. But they're about to have some stiff competition. (And when theme parks get competitive, we all win.)

The Wizarding World of Harry Potter opens this summer. If you've seen the previews, you know they've taken their time and done it right. All the hullabaloo has me thinking about what else should exist for those of us who love movies and theme parks.

If I had my way, the following films would be found at a theme park near you...


7. Beauty and the Beast - Hellooo, walk-through enchanted castle, anyone? Anyone? I do have some kinda fuzzy memory of there being some sort of castle-like structure at Disney's MGM Studios in the early nineties. A restaurant perhaps? Anyone remember? 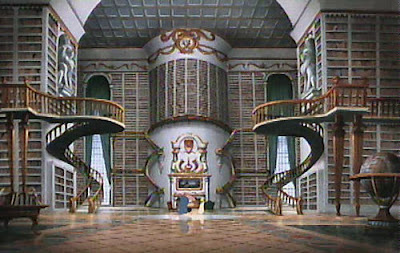 6. The Rocketeer - I know I've got the nostalgia goggles on for this one, but you can't tell me it wouldn't make a great ride in any incarnation. Flying, Nazi-fighting, Alan Arkin...you can't go wrong. 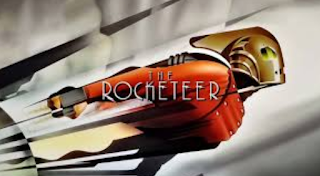 5. Star Trek - How anyone has managed to look this one over across the years is beyond me. It could be something similar to Star Tours. You'd have to begin the experience with a perfectly themed queue. (Registration day at Star Fleet Academy?) Heck, I'd even take a roller coaster at this point if it was well-designed enough to match the Star Trek universe and had a fun concept.

Maybe you're on a mission for Star Fleet. (Saving some whales, perhaps?) Can you imagine the introduction video this ride could have from William Shatner or Patrick Stewart or both? The Trek universe has all the elements of a truly great theme park ride ready and waiting. Warp speed, red alert, phasers, and on and on.

Hear my impassioned plea, theme parks of the world. Create. This. Ride. Just imagine the gift shop. It would be like striking gold for whichever park snagged it. Geeks have purchasing power, I tell ya. We're dying for someone to give us the chance to spend, spend, spend our hard-earned money on sci-fi memorabilia. Pair that desire with the post-adrenaline surge we'd still be feeling from having a first-hand Trek experience, and the profits would be legendary. So great, even a Ferengi would blush. 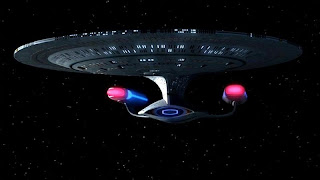 4. Lord of the Rings - This property just screams for a Dark Ride. Or perhaps something similar to Soarin' at epcot and DCA? Even something small in scale, say, Maelstrom-sized, would do. Imagine walking (or cruising) the streets of Hobbiton or Gondor.

It would be the perfect experience for us literary nerds too. We could point out all the inaccuracies as we cruise along, "Hey, Treebeard didn't shy away from Isengard!" Even a book to life stage experience would be cool. A stunt show. A set tour. Somebody capitalize on this.

3. Hook - I've always imagined a walk-on attraction for this one. Something similar to the Swiss Family Robinson Treehouse. The locations from this under-appreciated 90's film were places I always wanted to visit.

I'd have mermaids in a tank, a la Weeki Wachee, interacting with people waiting in line. (with a walk-in viewing area on the opposite side) The two major parts of the ride could be hanging out where Peter and the Lost Boys live, culminating in a visit to Hook's ship.

If the budget for that was prohibitive, it would also make a great dark ride. The design could be based on Peter Pan's Flight, a ride currently in existence at the Magic Kingdom on both coasts

. This could also be a great live show. You could keep the interactive line, but it could lead to seating for a stunt show. For a little extra, a VIP tour could explore the set afterward.

2. Tomb Raider - For one brief shining moment in time, a few glorious years at Paramount's Kings Island in the aughts, this ride existed. It was an indoor Top Spin, perfectly themed, scored, and executed.

Even if you don't like the movies, you must admit, the games are full of incredible locations. Who doesn't want to step into the world of Lara Croft? The empty streets of Rome on a warm summer night. A recently unearthed ancient jungle ruins in Peru. A modern day archaeological dig. Croft Manor. The ride could be similar to the Indiana Jones Adventure at Disneyland. (My all-time favorite, tied closely with the Haunted Mansion.)

I know insurance costs would NEVER make it feasible, but how great would it be to have a guided Tomb Raider experience? You could solve the puzzles, somehow experience the acrobatics, run around and play in some giant amazing location from the games/movies. The sights and smells. It would be unlike any other attraction, astronomical in cost to operate, but still...a girl can dream.

Dream of a Tomb Raider playground for grown-ups. This would be one for the holodeck, for sure. 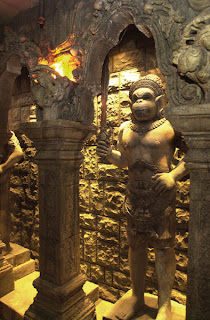 1. The Goonies - Perhaps the best property of all never to be developed into a ride is this 80's adventure classic. The material is so rich, you could create an entire section of the park using the film as fuel. I know it's not as economically viable as a property anymore. I know it's mostly running on nostalgia fumes now.

Look at all the out-of-date attractions that are just now being replaced, Honey, I Shrunk the Audience for example, which I loved. But still. Disney went nuts, creating two attractions based off of that movie. But no Goonies at either Universal or Disney? Seems like such a shame.

If they did it now, they'd have an attraction for the parents. A little immovable corner of the boom and bust pirate market. And, the attraction could serve as a way to instantly revitalize the Goonies market for an entirely new generation of kids to experience with their parents.  And maybe we'll finally get that legendary sequel.

You could have a water park with all the water slides and the pirate ship from the end of the film.

You could have a dark ride that takes you through all the traps and tunnels underneath Astoria. In fact...the ride could begin in the attic where you discover the map.

You could do a ride that functions as a sequel. Return for an all new adventure using iconic locations, and actors from the film as your guide. (On film, of course. Though it would be super cool to meet Martha Plimpton in person.) Let the audience feel like they're living the adventure this time, again, using the Indiana Jones Adventure as a template.

I tell you, the possibilities are endless.

What other rides do you wish existed in the theme park universe? Did I get it wrong or right with my ideas? Let me know in the comments.
Email ThisBlogThis!Share to TwitterShare to FacebookShare to Pinterest
Labels: 80's, Disney, Lists, Movies, Star Trek, Theme Parks
Newer Post Older Post Home