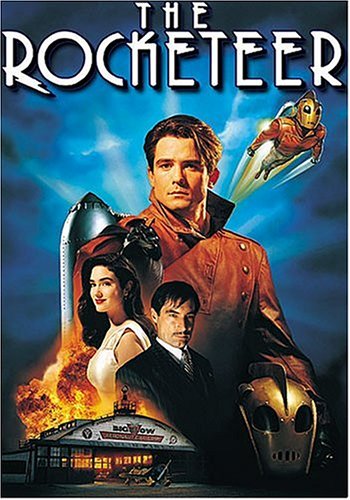 We're headed to California for another visit soon. Naturally, I have the compulsive need to "prepare" by watching as many relevant movies as I can. Nothing says California more to me than the silent film era in that tiny, undeveloped orange grove known as Los Angeles. In one of Mary Pickford's biographies, she says the air smelled strongly of citrus at all times. Can you imagine?

When I dream of L.A., I imagine what it represents, not what it actually is today. Maybe that's naive. But hey...my vacation, my list. These are the 12 iconic California movies that scream Los Angeles to me.


1. The Rocketeer is an adventure classic. Made in an era before comic-book movies had truly taken off in the film industry, The Rocketeer has a straight-forward tone. No winking at the camera, no self-awareness, just a sincere story with high stakes. The cinematography is gorgeous, Alan Arkin adds gravitas and Johnston nails the tone and look of the comics. (It's what makes him the perfect choice for the Captain America movie, which he also directed.) 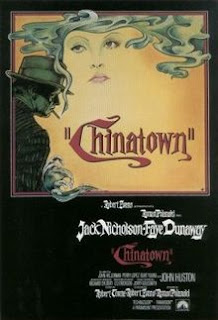 2. Chinatown is the film noir that chronicles the story of a city-wide fight for water rights in 1920's LA. This is a true classic, known for its tension and careful cinematography that frames each shot with care, pushing every scene to add something to the story visually even when no dialogue is being spoken.

3. Who Framed Roger Rabbit captures the same film noir spirit of Chinatown, but it combines that spirit with the pop sugary look and feel of late eighties Spielberg. Even the DVD menus have you zipping around a studio backlot. This movie is a love letter to the iconic presence of Old Hollywood in our collective consciousness.

4. The Three Amigos may seem like a silly choice, seeing as how the majority of the story takes place in Mexico. But once again, we have a humorous take on the silent film studios.

5. Chaplin tells the story of Charlie Chaplin, and though the film drifts from Los Angeles to Europe and beyond, it covers an important era in filmmaking history. It's also the story of the filmmaking industry. 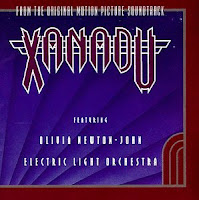 6. Xanadu is a legendary cheesecake musical that may just be the eighties incarnate. It features iconic California locations, like the Hollywood Bowl and beach boardwalks.

7. The Big Lebowski is the surreal Coen Brothers comedy that takes you through some of the seedier sides of the city. It's palm trees, stucco, and hardwood floors. It's film noir. It's everything good, from La Jolla to Leo Carrillo and...up to Pismo.

8. Bowfinger is an underappreciated comedy about desperate filmmakers. And what's more LA than that? The story unfolds in studio bungalows and Hollywood hob-nob spots. It's better than you remember. Watch it. ASAP. 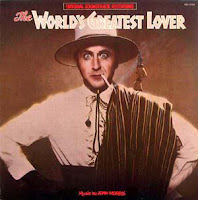 9.The World's Greatest Lover is a little known Gene Wilder classic. It tells the story of a frustrated Mid-Western man who pulls up stakes and moves to Hollywood in a vain attempt to become the next Rudolph Valentino.

10. Pee Wee's Big Adventure is a road movie, but it culminates in one of the most iconic Hollywood backlot scenes ever filmed. Hollywood is nothing like what this movie shows, but it's a perfect representation of the dream-like Hollywood we all have in the back of our minds.

11. The Twilight Zone Tower of Terror. I know, I know. This made-for-TV movie starring Steve Guttenberg shows up on a lot of my lists. I can't help myself...I'm obsessed with theme parks...

12. The Muppet Movie culminates in the ultimate Hollywood movie studio scene and the real dream behind the image of California. "Life's like a movie, write your own ending. Keep believing. Keep pretending."


I know there are plenty of iconic California movies that didn't make my list. There's L.A. Story, L.A. Confidential, The Muse and more. So what movie really says, "California" to you?