I went for a trim at my hairstylist this weekend and got the hack job of a lifetime. It's not a bad haircut, it's just nothing close to the haircut that I wanted. I even brought a picture and I gave two specific instructions.

1. Don't cut my hair above my chin.
2. Don't give me layers. I am a weak-chinned woman, I'm not saying there's anything wrong with that. It's just the way the bone-structure cookie crumbles.

But when my hair gets cut above my chin, I tend to look a little bit like Dana Carvey.

Bad haircuts seem to happen to me a lot. I must just not look like I know what I'm doing when I'm sitting in that chair. Well, there's that and the fact that I'm blind as a bat without my glasses, which are always removed during a haircut leaving me completely helpless to stop any overzealous snipping.

Instead of doing my usual month-long pout fest,  I'm going to make a list of a few of my favorite women of the stage and screen (big screen and small screen) who look sassy and stunning without long hair. 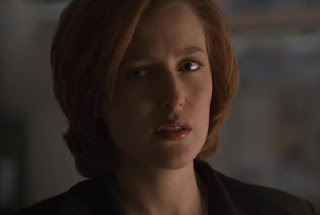 1. Special Agent Dana Scully in The X-Files - Who needs hair below the chin when you're an FBI doctor who is packing heat? Honestly...Scully didn't have time for curling irons or a half an hour for styling in the morning. She had conspiracies to track, so a practical style was a must. 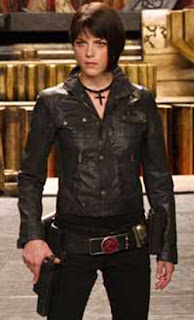 2. Liz Sherman in Hellboy II- In the sequel to Mike Mignola's great graphic novel franchise brought to life, Selma Blair shed her character's super-long locks and found a new image of cowboy strength. Forget the haircut, I need that belt. 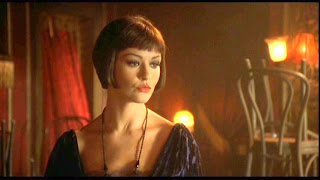 3. Velma Kelly in Chicago- Ah, the best onscreen version of the flapper's bob ever. Of course, you could shave Catherine Zeta Jones head shiny Daddy Warbucks bald and it wouldn't matter. Everything looks good on her, but this haircut came from a time when women were cutting their hair specifically to spite the idea that they had to keep it long to be attractive to men. Style for a good cause, liberation from vanity...that's a haircut I can get on board with.

4. Phoebe Cates in Drop Dead Fred - I always type "Right Said Fred" first...does that say something about my subconscious? If so, I swear it's linked to Conan O'Brien's impression of the 80's singer from a long-lost SNL sketch. (I found a terrible copy of it here, but it's hard to see or understand. Better than nothing though. Thanks a lot NBC for removing so many Conan clips...you're lucky you still have Tina Fey or we would so be over.) Anyway, when I was a kid, I thought Phoebe Cates was the epitome of beauty. Actually, I still do. And she always rocked the retro bob with full confidence. 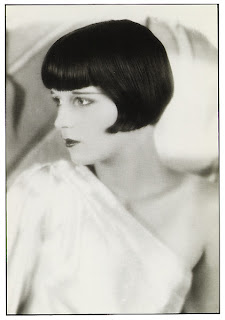 5. Louise Brooks - Of course, nobody rocked the rebel crop like the glamorous Louise Brooks. Another counter-culture hero from the early days of film. Of course, I can't even look at Louise Brooks without thinking of Liev Shreiber in the unsung Christmas classic (written by the fabulous Ephron sisters) Mixed Nuts. 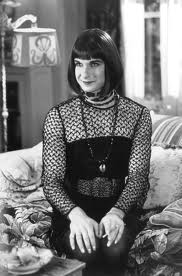 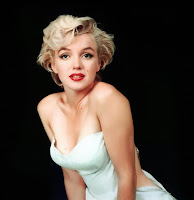 6. Marilyn Monroe - No list of iconic short-haircuts would be complete without the lighter side of the empowering short cut, Marilyn Monroe's signature wavy shag-like pixie. Her signature style is a reminder of a time when, culturally speaking, short to medium-length hair was considered much more feminine and attractive than the long hippie hair of the seventies or the glam lengths of the eighties up through today. 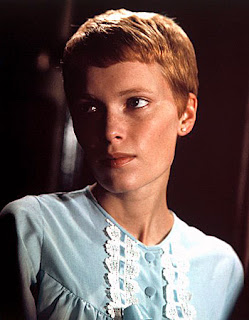 7. Mia Farrow in Rosemary's Baby - Sure, there was the whole "Satanic cult stealing her baby" thing, but she looked confident with almost no hair at all during the entire ordeal. 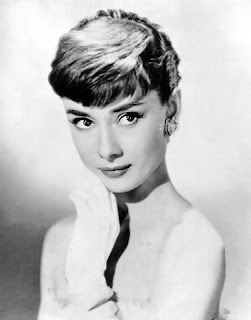 8. Audrey Hepburn in Sabrina - In this film, Audrey Hepburn's character was considered unkempt and child-like, completely unattractive until she got a chic short haircut and a new wardrobe in Paris. In an almost identical movie moment during Roman Holiday, her character also went out and got a haircut as an immediate sign of a much needed transformation to personal freedom. In a defiant move, she tells the stylist, "Off. All off." These are not the words I uttered to my stylist. 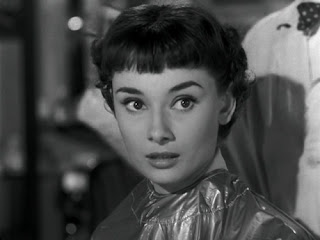 What about you? What are your short hair inspirations? How do you pass the time growing out an unwanted haircut?