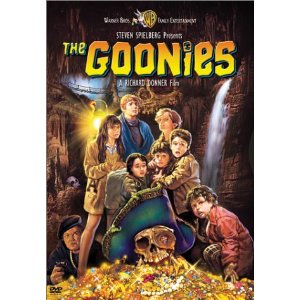 For Empire's 20th Anniversary, they were able to snag the cast of 80's classic "The Goonies" including Mr. Steven Spielberg and Richard Donner. You can watch the video over at Empire's site. Cast shenanigans, warm embraces and some talk of a sequel (finally?) does drift in an out of the conversation.  One amazing bonus to the 20th anniversary issue of the magazine? Steven Spielberg himself guest-edited. I rarely buy print magazines anymore, but I think I'll be snagging this one for sure.