Most movies use a combination of backlots, studios, and a few location shoots to constitute one idealized fictional town. It's good to keep both feet on the ground and remind yourself as you scroll...real life is never like the movies.

Except...sometimes it is. Some locations are real. They're charming, beautiful, and just waiting for you to plan your next vacay. I mean, how many times can you visit the same time share or crash your relatives' couch?

Here are ten iconic movie towns you can actually visit, straight from the silver screen and perfectly fit for your next escapist daydream.

This hilly Canadian paradise provided the backdrop for Steve Martin's criminally under-appreciated rendition of Cyrano de Bergerac. This movie is still good for what ails you, whether you need to laugh, relax, or recall the sweet, sweet cradle of an eighties childhood.

The setting lends to the fairy tale quality of the film. Sweeping mountainside views, a small town fire station, and gorgeous houses are also enough to inspire a real visit.

Marblehead has also provided a moody atmosphere for The Witches of Eastwick, The Good Son and more. No matter how time passes, I continue to meet new people who talk about how much this cult classic impacted their childhood. It's one of those movies that just keeps growing in the pop culture consciousness. The setting played a major part in making such a big impression. Wouldn't it make a lovely fall vacation?

(My runner up to this was Sleepy Hollow, which I also think would make an excellent sitcom. Imagine living in a town known for its association with one holiday. The comedic possibilities are endless.)

This town is proud of its movie past. Some of the towns on this list have websites that bury their filmic past or don't acknowledge them at all. It makes me wonder what kind of crazies show up in these places and how much trouble they generate.

But I digress, aside from holding all the Groundhog Day festivities you can imagine, Woodstock also shows Groundhog Day for free in their local movie theater during the week of the holiday. Happy bonus, a small portion of Planes, Trains and Automobiles was also filmed in Woodstock.

In the summer of 2000, I used to sit and look at Berlin's website as a way to pass the time at my day job. In fact, it was the first movie location I ever internet stalked. Ah, memories...

Sometimes modernization makes it tough to recognize movie locations today. But if you're even vaguely familiar with the quirky Gary Marshall comedy, their homepage immediately displays a slide show or recognizable sights. And it looks like they intend to keep them that way.

The owners of the iconic Funny Farm house have requested that nobody share photos of the home as it is today or share the address and the house itself. Totally fair request. Because the internet is rife with crazies, as previously mentioned.

But you can still see plenty of Grafton that made it into the film. And Vermont appreciates tourists, especially after Hurricane Irene. So pack a picnic basket, save yourself the last apple, and get on out and enjoy the fresh air.

Here's the thing, only some aerial shots are actually from Grosse Pointe. I wanted to use at least one film to illustrate how often small towns in California end up doubling for other locations. (Even Culver City was used as Bedford Falls in It's A Wonderful Life.) Oh, and Monrovia has Craftsman homes galore on top of all that small town charm.

This truly tiny town stood in for the firefly dotted, moss-covered Grady, South Carolina. Here Michael J. Fox's plastic surgeon character breaks down on his way to L.A. and learns that even though it's more challenging, it can also be more rewarding to live and work in a small community.

Writing Sidebar: This script is plum loaded with story-serving details, like a love interest who was once burned by a big city man and a character introduction that includes the surgeon's co-workers bidding him good riddance with a profanity-laced cake. This script is a study in concentrated "move the story forward" efforts. Not a minute is wasted. 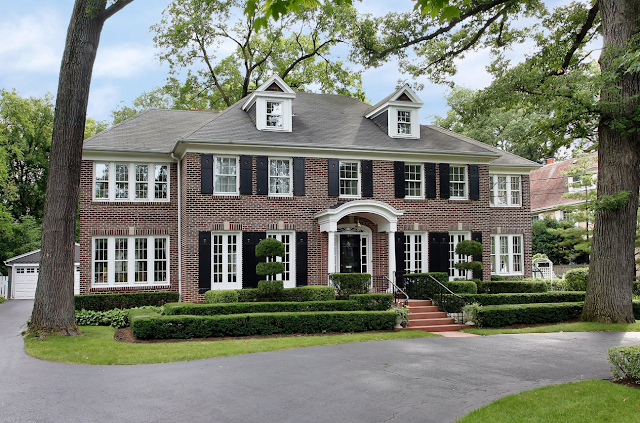 John Hughes used Winnetka and the surrounding area in almost all of his movies, like The Breakfast Club, Planes, Home Alone, Ferris Bueller's Day Off, Uncle Buck and more. Winnetka stood in for what Hughes thought was a representative slice of average American life, a fictional town he called Shermer, Illinois.

I've actually visited Winnetka. It's a beautiful little village. The air is fresh. Even the grocery stories are posh and calming. And the thing is? I can't find a photo that does it justice. Only a nice spring walk can do that. Highly recommend.


9.  Concord, Massachusetts from Housesitter (1992)
Frank Oz is a legend in the puppeteering world. He also has some pretty impressive acting credentials.  But he's also a prolific director with razor-sharp comedic timing. He's responsible for helming Housesitter, What About Bob, Dirty Rotten Scoundrels, Little Shop of Horrors and more.

And the man certainly knows how to characterize a place, as he did in Housesitter.

Quite possibly the world's most famous movie town, Astoria welcomes its admirers all the time. They even hold an annual festival for the film that put them on the map. I mean really, need I say more? Who wouldn't want to walk the streets where the Goonies quested to save their town? (Or where Brand stole that little girl's bike.)

So, where will you go first? 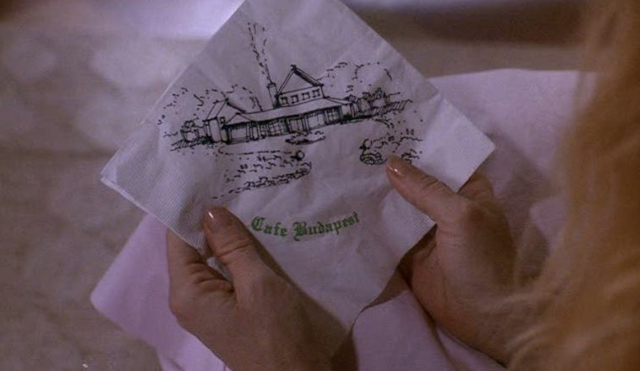 I'd like to recommend Hooked on Houses. I stumbled upon it while researching Housesitter. It's thorough in its appreciation and subject matter, and that's something any geek can appreciate.

P.S. True story, I once almost moved to Naperville, Illinois just for the Hollywood Palms theater. Have you ever considered a move to a dream destination? Where? Why?