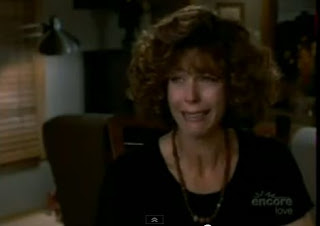 So last weekend, I'm watching "Cowboys and Aliens" for the first time. My Dad sent it to me in the mail along with "Prometheus" and I was instantly invested in the movie. I love sci-fi, Jon Favreau and westerns. So this was a very happy cinematic tri-fecta for me. There was only one problem. The dog.

I have a major over-sensitivity to violence against animals in movies and television. Or, you know what? I'm just gonna say it. Maybe I have the correct amount of sensitivity to it and the rest of you sickos are the freaks who can stand watching that kind of stuff without getting upset. But one misplaced horse whinny, dog squeal or cat yowl in a flick and I'm out.

My husband has taken to censoring what I watch because of it. I once saw news footage of a baby lemur drowning at a zoo and I was LITERALLY useless for over twenty-four hours. Just sobbing and sobbing like Rita Wilson and Meg Ryan in "Sleepless in Seattle.

Because really, WHO puts something like that on the news? Why did we all need to know that? Where they afraid we'd all let our pet lemurs too close to the bathtub?

Because of this malady of mine, I have had to skip some movies that I know for a fact I would've otherwise loved. For example, I have yet to see the remake of "True Grit". And for a Western fan I have to tell you, that's a major sacrifice.

So imagine my surprise when at the very minute an adorable Australian Shepherd appeared onscreen, I paused the movie, grabbed my phone and Googled "Does the dog die in Cowboys and Aliens?" and THE FOLLOWING MIRACLE CHANGED MY LIFE...

Here's what I love about it.

1. It doesn't spoil the movies! I've ruined many a horror film for myself trying to skim through spoilers over at themoviespoiler.com just to see if there is any violence toward animals.

(Or too much violence toward people for that matter. I can do creepy and monsters and ghosts and what-not, but not torture or stalking or murder. Unless of course, it's a mystery. In which case, murder away and let Magnum P.I. or Poirot take care of business.) But this website has a simple icon system. There are three cartoon dog faces.

Happy looking dog = no violence at all.