Complaining about franchise reboots is an old person's pursuit. Like shuffleboard. Or the Hallmark Movies and Mysteries Network. Both things I love very much.

Therefore, because I am an old, I will now share my feelings.

Feelings about how they could successfully make a Magnum P.I. movie. And rules. I think you'll agree with most of them. But first, a caveat. Because I may be an old, but I'm also a smart. Allow me to prove I'm not beginning with a bias.

I’ve learned my lesson about decrying remakes on principle. Star Trek schooled me on that, six times in the theater alone.

Let's get to the point:

I will not abide a reboot of Magnum P.I., whether it be for film or television. Sequel? Sure. Continuation? You bet. Reboot? That's a big fat nope.

There've been rumblings of a Magnum movie for years. The rumors are always the same. No Tom Selleck. It was Nicolas Cage for a while. Word on the street is Matthew McConaughey has the rights now.

No matter who's attached, I believe there are five rules that should be followed when it comes to movies based on TV shows. Especially as time marches on and the gap grows between those of us who remember Magnum P.I. as a contemporary show and people who only know it as a pop culture reference.

But some of us love Magnum P.I. unironically, thankyouverymuch.

How much? This much: 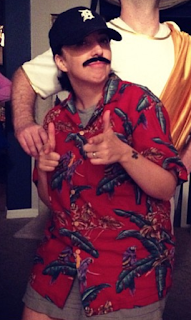 Anyway, here are my rules…

1.) Don’t reboot a series when the original cast is still willing, ready, and able to do the movie. Unfortunately, not all the members of the original cast of Star Trek are still with us. And by us, I mean the living. Thus, Next Gen was born.

But with Magnum P.I., the gang's all here.* Not only should they NOT recast it, they should stop wasting time letting it linger in development hell and make the movie while they still have the chance.

At the very least, introduce a new cast alongside the former, a la Star Trek: Generations. (And now I promise to stop talking about Star Trek.)


2.) Don’t make a joke out of it. That’s not to say the movie can’t be funny. The show was funny. But let’s not give it the Ben Stiller, bad wig treatment. Just pick up with Magnum wherever you think he would be at this point in his life and go forward.

3.) The only TV shows that make funny parody movies are the ones that were intentionally cheesy in the first place. There's a fine line between homage and parody. Magnum P.I. may be stylistically dated, but so were The Golden Girls and we certainly pay them the proper respect.

4.) Don’t make the entire movie about age. Yes, Thomas Magnum is older. But if we’ve learned anything from Harrison Ford, it’s that you’re never too old to get back into the action. Acknowledge the age. Don't dwell on it.

5.) No new kid. No secret son of Magnum. No young pup needing to be trained in the ways of mystery-solving. Just let Magnum be the star. (Though I guess the last episode of the show did set up a daughter scenario. She'd be in her twenties now…so, pardon me while I prepare my headshot.) 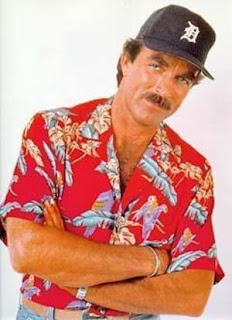 It's hardly novel, but here’s what I would do if I were in charge:

Pick up with Magnum in Hawaii now. He’s returned after serving in the military again, working for intelligence. He's now re-retired. The first shot could be him stepping foot on the island.

Higgins inherited the estate from Robin Masters, and has allowed Magnum to move back into the pool house. Maybe Higgins has taken up writing like his old boss. Perhaps he has written a series of mysteries based not so loosely on Magnum’s life.

Every day, he gets the paper and nonchalantly scans it to see what's the haps on the local crime scene. But really, there’s not much to do beyond petty crime and tourist scams. Naturally, he longs for the glory days. He's bored.

Anyway, something big goes down on the island, Magnum is the only one who can help and the fun continues. Yeah, I know it's vague, but I'm just delusional enough to think I need to protect my idea. Writing a Magnum script would be a literal dream come true.

I’m just baffled that the suits are wasting all this time on such a financially viable property. They’re remaking EVERYTHING. Pardon me while I petty for a second. I know I'm not the arbiter of such things, but...so many properties are getting a second chance at getting a new chance at life, especially things that either:

a.) don’t need one (Footloose, Fright Night) or

Yeah, I said it. Yes, I liked the new Fright Night. But I don't think it compromises my point. 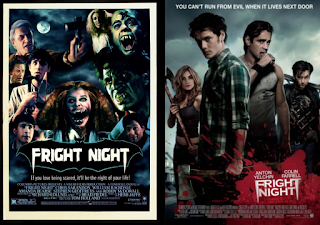 That's not to mention the fact that so many remakes right now are straight from the 80's, a la G.I. Joe. The time is ripe. But nobody is going to let Tom Selleck do a legitimate Magnum movie? Come on!

It’s not right. It’s like the only way they know how to get things done anymore is to come up with all the worst ideas first and work backwards from there until time runs out and the window of opportunity is closed forever. (Sorry, I'm extra cranky with the Hollywood machine right now considering what's going on with Conan O'Brien.)

1. Jon Favreau, for his ability to mix action with comedy. But would he do it? Can’t say.

2. Frank Oz handles quirky quite well, but again…not so sure he’d sign on considering his long, rich history with original scripts.

3. Ivan Reitman is familiar with the sensibilities of the originating time period.

4. Anybody know if Ron Underwood is still available?

5. David Gordon Green also has the chops to handle the action/comedy without making it a caricature that will look embarrassing in a decade or so. (Sorry Rush Hour, but you aged very very quickly.)

At this point…I’d happily take a TV movie if it was done by the right people. Not every movie has to be directed for wide audience appeal. Focus on the original fans. Forget about making it a wacky wig* summer tentpole. Maybe it would even be safer that way, fewer people to answer to and easier to stay true to the series.

Secure the original Magnum house. Film in Hawaii. While you’re there make friends with the LOST crew as they film their last season.

It could work. It could genuinely work. So whoever's responsible for the hold-up, knock it off!