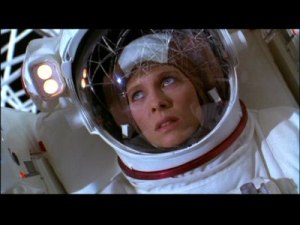 I miss your face onscreen. Whatchya up to lately?

Anyone who knows me knows I love Kate Capshaw. And in a twist of accidental fate, I had a fiction story workshopped in a class tonight that involved the movie, "Space Camp".

Space Camp was a revelation to me when it was shown to my fifth grade class. A female astronaut who doesn't take no crap from nobody? Yes, please. My heroes were always the brains of the operation. The smart chicks who somehow ended up in danger. Or space.

Perhaps it wasn't accidental at all. Maybe subliminally, I knew there was cause for celebration. When I found out a few minutes ago that it was her birthday, well, I just felt like posting.

The thing I like best about Capshaw is her sass and her intelligence. Watch her in any behind-the-scenes interview and you get this sharp wit reminiscent of Katharine Hepburn. 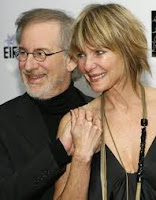 Oh yeah...and I've also rambled on and on about her on my action heroines blog. She had this fabulous Lucille Ball thing going on in Temple of Doom that I don't think most people fully understand.

Anyway, wherever she is, I hope she's having a lovely birthday and I want to see her in something soon. If they make another Indy, and she doesn't cameo...there may be a riot somewhere in the Mid-West. And I just may be holding the bullhorn.
Email ThisBlogThis!Share to TwitterShare to FacebookShare to Pinterest
Labels: action heroines, Funny Women, Indiana Jones, kate capshaw, Movies
Newer Post Older Post Home