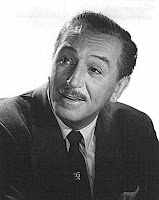 Just in time for Mickey Mouse's 82nd birthday today, a new Disney webisode series is being released. It's called Armchair Archivists and it will satisfy all Disney geeks who happen to be particularly obsessed with behind-the-scenes information. I get all that I can from traveling museum exhibits, Googling and Blue-Ray and DVD special features. But I'm always looking for more.

The first video they share is the last footage Walt Disney himself ever shot on the Disney lot, and it's a film introduction he did when he couldn't be at an event in person. (He says he was busy filming, Blackbeard's Ghost at the time, one of my favorite live-action films from Walt's era.) There's something sad about Disney's apology for not being able to attend in person though...I guess it doesn't really help matters that Walt Disney looks an awful lot like one of my grandfathers, who also happened to be an artist...click on Read More to see the footage.

The 1960's were an era in Disney history well-known for all of the personal footage shot and narrated by Disney himself. He shot several short films talking about rides in development like Pirates of the Caribbean, the Haunted Mansion, Disneyland in general, and many of his live-action and animated films. 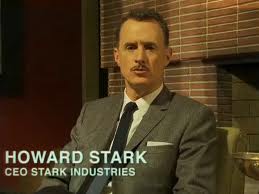 In fact, Jon Favreau imitated this era of Walt's films in Iron Man 2 when he portrayed Tony Stark's father as a Walt Disney-like business man. Some of the special features show Jon Favreau talking about his attempts to imitate the visual style of Disney's short explanatory films in his studio office. (The song composed for the Stark Expo in the film was done by John Debney, a well known composer today who got his start doing music for EPCOT's World Showcase. Every time I hear the song in the film, I start humming an old theme song from The Carousel of Progress. It has exactly the right flair and sound.)

I love the aesthetic of the 60's Disney live action films, and especially the rare promotional materials from this time as well. For example, if you get your hands on a DVD of Swiss Family Robinson, you'll get rare footage of Walt opening the Swiss Family Robinson Treehouse at Disneyland. The same thing goes for the first Pirates of the Caribbean movie. But if you don't have any of the DVDs, this webisode series will keep you entertained and informed. And then some...
Email ThisBlogThis!Share to TwitterShare to FacebookShare to Pinterest
Labels: Behind the Scenes, Disney
Newer Post Older Post Home