Four Tanks and a Kickstarter: Or How I Learned to Stop Worrying and Support Independent Artists 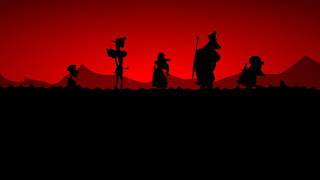 So there's this guy...Larry Longstreth. I've blogged and kind of raved about him before. Jake and I fully support him. And also, we're more than a little jealous of his chutzpah. If only we could all dig our heels in on the idea of filmmaking the way Larry has. But Longstreth is a dreamer. And a doer. (This is starting to sound like a car commercial, isn't it?) Shorter version...okay...

Amid his many ideas and projects, Longstreth is also working on an animated series about an MMORPG game. There's nifty concept art and clever writing and for crying out loud, it's been backed by theonering.net. But to create an entire season, the project needs backers. That's where you come in.

Four Tanks and a Healer now has a Kickstarter account. CHECK IT OUT!

Look at the link. Make a donation, even a small one. Why, you ask? I'll give you ten reasons why...

1. Because the concept deserves to be brought to life.

2. Because there's SO much junk "entertainment" out there, don't you want to have a hand in bringing something decent into being? Something different?

3. Because Longstreth is doing it for all of us. I mean, not really, he's doing it for himself and his dreams. But I bet you wish YOU were making movies or TV shows or content of any kind, don't you? But you're not going to get up off your lazy rear to do it, are you? No? Then, why not give to somebody who has the guts to go for it. 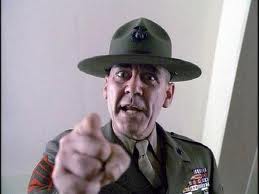 (At this point, I think you should seriously consider reading the rest of these with the voice of marine and veteran character actor R. Lee Ermey in your head.)

4. Because it's really cool that we live in a world where a website like Kickstarter can help artists get their work funded. It means we don't all have to bow to the golden gods of corporate entertainment. Support that fact alone, ARTISTS making art. Not just companies.

5. Because more people from the Mid-West should be making entertainment. Do it for John Hughes, you loved John Hughes didn't you? Come on...five dollars to the Kickstarter if you've ever seen "The Breakfast Club".

6. Because if you don't, Santa will hate you. Forever.

(Okay, now read this one in Jack Black's voice.)

7. Because Longstreth has the backing and support of people who know what they're doing. Wanna know who wants to be on this guy's team? How about the producer of "The Lord of the Rings"? Huh, huh? How about THAT? (Now, Mr. T's voice!) You think Mark Ordesky suffers fools? He doesn't! He pities them!

8. Because I know you can spare a whole dollar. And if you feel guilt-ridden about what you did with that dollar, throw one toward the humane society after that and then take a can of food to the local shelter. Giving is contagious. Before you know it, you'll be supporting causes you care about left and right. Left and right I say! Do it to become a better human being. Santa would want you to. Yes, he has been very aggressive lately, hasn't he? He needs a vacation...


(Now give yourself a soothing respite and use the voice of Stephen Fry.)

9. Do it out of sheer boredom. If you have enough time to visit my blog, I know for a fact that you have a handful of minutes to at least look at their Kickstarter page.

(And last but not least, in the voice of the nun from the movie "Elf".)

Was that not enough pressure? Here, WATCH THIS and imagine that Chris Farley wants you to donate...

A Bonus Reason: Because all of the annoying voices I just implanted in your mind will haunt you until you donate. *evil smile, lightning flashes in the background*