Bea Arthur Is My Patronus 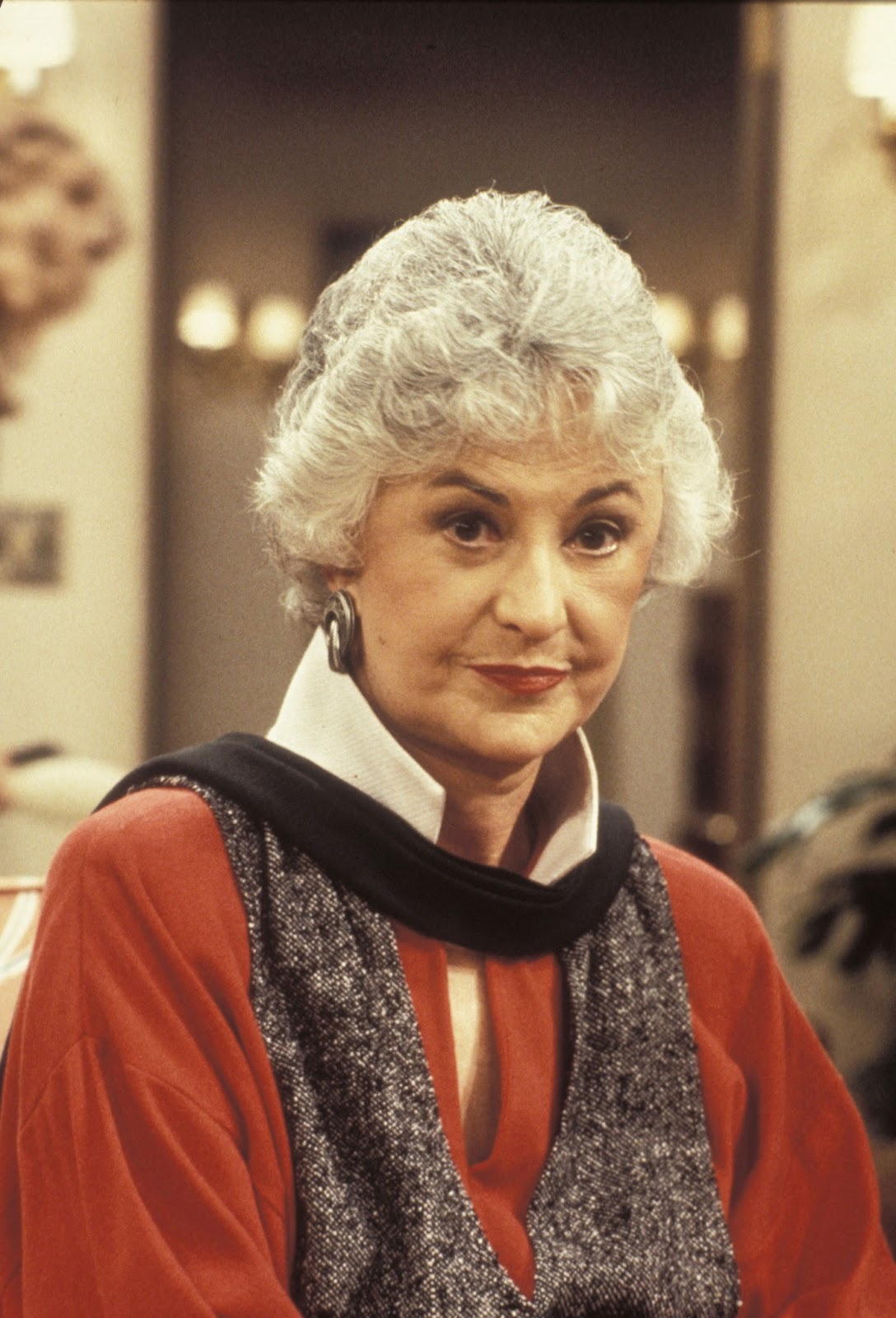 Yesterday I decided, if I lived in the Harry Potter universe, Bea Arthur would be my patronus.

If a dementor ever showed up and tried to suck my soul away, I would simply yell, "Expecto Patronum!" and a Golden Girls-era Bea would come out of my wand, all shimmery and majestic.

She'd stand in front of me with her hands on her hips and deliver spectacularly insulting punchlines toward the Dementor until he felt so bad about himself that he gave up, went away, and re-thought all of his life choices.

She might say, "What are you wearing? I haven't seen that much fabric draping since the last time Shelley Winters went to the Oscars!"

Maybe she's a little bit of Dorothy Zbornack for real. Maybe she says to the specter of death, "I'm no spring chicken myself, but you should really try some hand cream. Are those fingers or Blanche's leftovers from KFC?"

Blanche would then appear in patronus form, "Dorothy, I do not appreciate the insinuation that I eat at Kentucky Fried Chicken."

Dorothy would reply, "Oh, I'm sorry Blanche, that was rude of me. You don't eat Kentucky Fried Chicken...you INHALE it!"

The sad part is, I could sit here and write new Golden Girls dialogue for HOURS. Because I, my friends, am a woman out of time and place. You know that trick from Steve Martin's Roxanne where he rattles off twenty nose jokes in a bar without even having to think about it? My gift is Golden Girls dialogue. Not super helpful in a practical sense of the word.

So now it's off to work for the day. If your patronus could be any real person, who would it be and how would they defend you? (I think my back-up would be Dorothy Michaels from "Tootsie".)
Email ThisBlogThis!Share to TwitterShare to FacebookShare to Pinterest
Labels: bea arthur, Golden Girls, Harry Potter
Newer Post Older Post Home