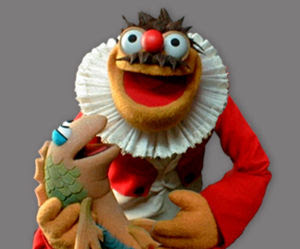 I'll give you the link to the story, and then I'll translate. Because there's a lot of tech talk in there. It's worth the read though. http://marketsaw.blogspot.com/2009/06/3ality-digital-ceo-steve-schklair-talks.html
Here's the quote from that story though that's got all the nerds talking.
"SCHKLAIR: We had a crew on the east coast shooting what will be one of a few shoots for a concert. I can't say who, but there's another concert film in the works. And I think I told you we were recently down in New Zealand with Peter Jackson, who is committing to shooting his films in 3D, and will be working with our rigs and technology to do so. I think this is big news for the industry because we are all pushing to get theaters built. Some theater owners are on the fence, asking, "If we do jump [into 3D], is there enough content?" And having guys like Peter Jackson jump in and say things like "I'll be making all my movies in 3D" is a great vote of confidence for the theater owners who are thinking about making the investment."
Why? Because this means that The Hobbit will more than likely be in 3D. This means that more theaters will adapt their screens for the technology, moving 3D from cool 1950's fad into IMAX territory. Still a novelty, but something we can expect to see more often. I personally have seen, "Nightmare Before Christmas" in 3D and loved it. I intentionally skipped, "My Bloody Valentine" because it looked hokey as all get out.
But this could be a huge development for the future of film.

Does this mean that we can expect Lew Zealand to start shoing up in theaters and throwing fish at us? One can only hope.