Am I the only one who lives in cyclical phases of obsession and inspiration? Anyone else out there watch movies like they're studying for a test?

Let me give you an example of this obsession that leads to kind of a crazy story.

A couple months ago, I entered a major, "Beauty and the Beast" phase. I'm loving the color palette of the film. I'm using still frames as a desktop background. I'm listening to the soundtrack a lot. You get it.

These bouts of obsession can also include things like wanting to bake french bread or Google famous stained glass windows of the world.

Typical phases for me include all the Indiana Jones movies, WWII History, Disney animation, black and white musicals, the history of the Haunted Mansion, Bollywood films and a few other reoccurring themes.

On Sunday, I decided to watch, "The Haunted Mansion". Then I watched it with commentary, something I'd never done before. It was a lovely way to spend a Sunday afternoon.


The next day, I had tickets to a Heartland Film Festival seminar. Who was the first speaker of the day? It just so happened to be Don Hahn, Oscar-nominated Disney producer who worked on "Beauty and the Beast" and "The Haunted Mansion". These in addition to his other works "Who Framed Roger Rabbit", "The Nightmare Before Christmas" and many more. The man is prolific, to say the least. A man whose name I learned, whose voice I had only heard for the first time on the Haunted Mansion commentary the day before.

How I didn't know who he was and didn't know he would be there and somehow managed to prepare for the event will always mystify me. The presentation he gave on creativity that day even touched on themes of obsession.

I looked back through my notes and decided to share 10 Life Lessons on Art and Creativity from Don Hahn...

1.) Study your inspirations and love them. 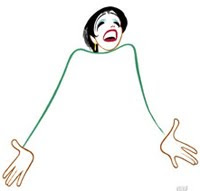 If you love something, and it catches your eye, heart, attention, whatever...go with it. Study it, live with it, dissect it and don't even be afraid to imitate it.

All the greats have done this, including Disney animators who regularly draw on other artist's work for inspiration. No pun intended. (i.e. Hirschfeld caricatures for the design of the genie in, "Aladdin".)

Hahn's words on this, "fill your cup."

2.) Use everything to tell your story, including a setting.

Don't forget, the landscape details of your story can be just as revealing as the characters. The first time you see Cruella DeVil in, "101 Dalmatians", she's in silhouette behind a door with a glass pane that resembles a spiderweb, instantly and symbolically signifying danger.

If you can't tell your story in one or two sentences, go back and start again.

EX: Lilo adopts Stitch, who she thinks is a dog, but who is really an alien. Chaos ensues.

Simba is traumatized by his father's death, runs away, and must seek the bravery it will take to go home and defeat the evil that rose up in his father's absence.

4.) We want to create because we all want to make something worthwhile and leave a mark, and that's reason enough.

If you are creative, don't feel bad about it. Just go with it.

Here, Hahn showed all the rejected concept sketches for, "The Beast' and played Elton John's original demo for, "The Circle of Life". None of these things were even close to their end results, but if Disney animators and legendary musicians wrestle with the creative process, you will too.

6.) "Don't expect everyone to cheerlead you in your creative endeavors."

There are naysayers, and that's okay. Not everybody has to believe in you. You can't always be seeking everyone's approval. You shouldn't waste energy trying to get it. Spend your energy working instead. Just work and keep going, no matter what people say.


7.) In storytelling, first impressions are everything.

They "mean something, you can't un-ring a bell." Remember that when you're shooting or writing. Make your introductions count. 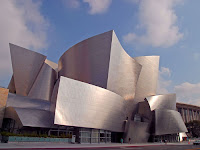 8.) Follow your first creative instincts, because your instincts are raw emotion, and emotion informs art.

Hahn spoke about the way that legendary architect Frank Gehry used to make sketches on napkins, and more often than not, his finished designs ended up looking almost identical to his first sketch.


9.) Make the effort to collaborate.

Norman Rockwell's paintings all started out as well-known photographs, Disney animators looked to artists who were already very popular (European artists such as Kley and his mastery of motion and animals, such as the picture to the left.) to define style. Animators even drew over top of live action film for Cinderella and Alice In Wonderland.

Here are a few more gems I took away in quote form:

"Prepare and practice, don't shuffle through life, live it."

"Surround yourself with what inspires you to perform."

"Spend the same amount of time expressing yourself as you do taking in impressions of the world." He talked on this a lot, saying that we take in so much information in a day. Artists have to find an outlet all of that, or we become pent up. I definitely agree.

I made a mental note to find a way to write and film as much as I take in other writing and film. Can you even imagine how much work you could get done if you lived by this rule?

"It's okay to follow dead ends." He also really drove this one home, saying that not everything pans out into a finished product and you shouldn't let that deter you from following those little mental tributaries, they're always worth it.

Here is a numbered list he gave us, and this is exact. It's called:

1. Create lots of stuff - don't be precious with your art.
2. Organize it
3. Edit out the junk
4. Present it to the audience
5. Weep openly in a bathroom stall
6. Listen and adjust
7. Repeat last three as needed

His point? Move FORWARD. If something is painful to hear, so be it, but that's no reason to guard yourself. Often when things are painful or difficult, that's right when they're getting better and improving.

The takeaway for me from the entire day, but especially from being lucky enough to hear Don Hahn speak, is to just keep going. In fact, if I felt weird before for decorating based on Disney rides and for listening to music some would consider immature and for feeling like a slightly obsessive personality, now it will probably just get worse...

If you ever have the chance to hear him speak, don't pass it up. And do take a look at his website, which I'll post a link to below. He's that type of person who's just brimming with useful information. If you have any creative aspirations whatsoever, you should definitely geek out over his films and books.


P.S. He also showed an amazing animated short titled, "Lorenzo" which is INCREDIBLE and he is currently working on the feature length stop-motion version of, "Frankenweenie" with the man, Tim Burton himself. Cool news, eh?

I'll also post a second entry later showing many of the images that Don used in his presentation, he gave us a list of artists to look at that have inspired many Disney animators, but some of the art he introduced us to was incredible. I haven't reacted to art this way since I first discovered Mary Blair on the special features of the, "Cinderella" DVD.
Email ThisBlogThis!Share to TwitterShare to FacebookShare to Pinterest
Labels: Disney, Don Hahn, Interviews, The Haunted Mansion
Newer Post Older Post Home