Cartoons of the Early Nineties...how I miss you so... 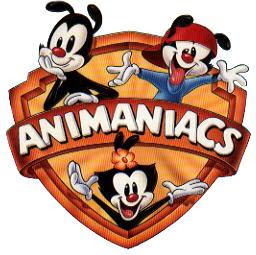 Sometimes, for absolutely no reason at all (and okay, maybe when I've had a bit too much caffeine) I get this song stuck in my head. I miss the Warners for a lot of reasons, but their catchy songs, great for cheering you up in the midst of a busy work day, are chief among them...

Everybody, take a sing-along break!

This was one of my favorite cartoons from childhood. I also enjoyed the all too short-lived "Hysteria" along with the incredibly well-written (by Paul Dini) "Batman: The Animated Series" (from which came the infamous Harley Quinn) and also "Gargoyles", mostly for all the Star Trek actors who lent their voices.

I enjoyed, "Garfield" a good deal and "X-Men" is pretty much what started me on running (Albeit in circles around the house while pretending to be the talented, but romantically tortured Rogue. Still, it's what lead me later to competitive running and an all-around obsession with female action heroines and comic books. Habits that still stand firmly ingrained today.) and pretty much anything on, "The Disney Afternoon", which as we all remember was like TGIF night on ABC, only every day of the week and in animated form. The Disney Afternoon cartoons weren't as high quality as Batman or X-Men, they were also decidedly less substantial, but they were almost all entirely adventure themed. Especially, "Duck Tales" and, "Tail Spin", which compared to today's cartoons had some extremely creative plots.

If you weren't a kid in the late eighties/early nineties, all of this likely means nothing to you. All I'm really trying to say is, I think that cartoons significantly added to my imagination and wanderlust during my childhood...and that's a gift when you're growing up. We weren't addicted to cartoons "in my day", we were inspired by them. I aged out of children's programming somewhere early on in the Power Rangers days, and that's almost exactly when the tide turned toward going after cheap imported cartoons and just dubbing them with English language dialogue. Not that there's anything wrong with that, it's just that I'm glad I missed that age and lived in mine. Spoken like a true 27-year-old fogey.

When I go to YouTube to look up random Animaniacs clips that spring to mind, I find myself waxing philosophical about the cartoons of my childhood...a time when the Looney Tunes still ran on network television every Saturday, a time when Spielberg had a hand in the world of cartoons. A time before Japanimation had really crossed over to our shores. Meaning we just missed the boat on the whole "dueling magical creatures and card games" craze of Pokemon. (I say with a sigh of relief.) During these mental rants, lots of my sentences begin with the phrase, "Kids today and their darn cartoons..."

For examples, "Kids today with their darn cartoons will probably never know what it's like to have an incredible series that doesn't patronize them and may lead them into the incredible world of comics, like this one did."

And also, "Kids today with their darn cartoons don't know much about plot and story. Why, back in my day, my cartoons had incredible premises that taught thinly veiled lessons about deep topics like racism and greed!"

P.S. Regarding Batman, once upon a time, Disney and Warner Brothers stores were really, and I'm talking REALLY cool and located conveniently in many malls across America. Not the homogenized toy stores that they've become today. Once upon a time, you could buy animation cells and all kinds of unique merchandise like you might actually find in studio gift shops, and in rare cases, museums. One of my cousins bought me a Poision Ivy character mug from "Batman: The Animated Series" there when we were kids because I was completely obsessed with the character. I still use that mug today to impress company. I'm not saying it works...I'm just saying I use it...

Long story short, it was good to be a kid in the late eighties and early nineties.
Email ThisBlogThis!Share to TwitterShare to FacebookShare to Pinterest
Labels: TV
Newer Post Older Post Home