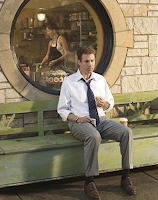 Let's celebrate with some of the unsung couples from film history, couples that might not immediately spring to mind.

No snark. No sarcasm. No negativity about a holiday that's all about love. Just glorious cinema at its finest. It's okay to love love. And movies about love. And characters in love.

Curating this list was difficult. Did I miss one of your favorite couples? Let me know in the comments.


1. Shall We Dance
Fred and Ginger shared the screen together ten times, yet they are seldom mentioned on Valentine's Day. Until now!

2. The Breakfast Club
I know their relationship was barely actualized...and if it had been, I imagine it would've been pretty dysfunctional. But...these two. This moment.

3. Stranger Than Fiction
Hands down, one of the most underrated modern love stories.


4. Eternal Sunshine of the Spotless Mind
Just because they weren't meant to stay together doesn't mean they didn't really love each other. People tend to put this movie on anti-Valentine's Day lists and I think it needs to be reclaimed. Love is love is love, even when it's ill-fated.


5. Roman Holiday
The movie has become so well known for it's playful moments and iconic Audrey fashions that people forget the incredible chemistry between Hepburn and Peck. And that ending? Famous. Or infamous, depending on how you feel. But you certainly can't deny its power.


6. Lost in Translation
What kind of a couple were they? What were they each thinking during their brief stay, unmoored from everyday reality? What connection were they searching for? These unanswered questions are the best part of watching this film unfold.

7. The Thin Man
William Powell and Myrna Loy were theeeee beginning of sassy, naturalistic couples in a series of movies based on The Thin Man novels. Repartee did not exist in the form we know it in today until they set the standard. Please watch these comedies and bask accordingly. If you're thinking old movies aren't your thing, these still feel contemporary. I urge you to give them a try.


8. Dilwale
I know I've been a bit obsessive about Bollywood on this blog lately. I guess I'm just having a moment. The actors who play the main roles in this film are one of the most popular onscreen couples of all time.

Their first movie together, Dilwale Dulhania Le Jayenge ran in theaters in India for years. Yes. Years. It still plays there sometimes. Since then, the actors have been paired a few more times and their movies are always huge hits.

(btw, Shah Rukh Khan is almost always included on the list of the Top 10 Highest Paid Actors in the world each year. Multiple Bollywood actors crack the top 20 every year as well.) If we think film is huge here in America, the adjusted numbers in India would astound you.


9. Raiders of the Lost Ark
When we think of Indiana Jones, we remember the action and adventure. But Indy and Marion forever, yes? Yes.


Okay, it's not underrated. Not by a mile. But what's a Valentine's Day entry without a little something from The Princess Bride?

Film history is long and ever-expanding. If it's love stories you're looking for and you're sick of the same old romantic comedies, you don't have to dig deep to find something new.