My Top 15 Most Helpful Robots in Film and Television

What robots lack in social graces, they more than make up for in handiness. They’re practically walking Swiss army knives. Here they are, in no particular order, in what reads like a list straight out of a pageant from outer space…the 15 most helpful robots in film and television...

R2 may be bulky, he may be a little slow, and he doesn’t communicate well directly if you don't speak beep-woot. (Which you will in the future. No wait…the past.) Anyway, he can communicate with whatever ship you end up on and he’s good for shocking enemies and transmitting messages. His helpfulness is virtually unlimited, right down to his keen ability to co-pilot. He is the droid you’re looking for.

2.) Data – Star Trek: The Next Generation

Data’s powers are limitless; he makes an excellent bodyguard with his super-strength. (Anyone who can beat up a Borg is worth keeping around, right?) He can also assess the best course of action very quickly via his super-developed circuitry. Just make sure his emotion chip isn’t activated. You wouldn’t like him when he’s angry… 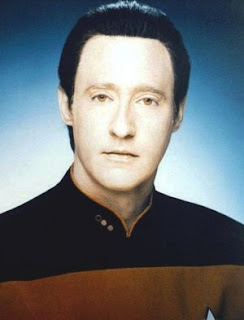 Hey, I said helpful, not dignified. Someone’s annoyance factor doesn’t have anything to do with whether or not they can be helpful, right? Oh please say I'm right... anyway, Johnny 5 has quite the assortment of tools at his disposal. Although I guess I have to admit that annoyance may play a teensy factor in some cases. There’s a reason C3PO didn’t make this list.

Bender Bending Rodriguez could come in handy in multiple situations. His ability to bend steel girders plus his wry wit could really help you out of a bind. The only trouble with Bender is that he would have to want to help you, and there’s a strong chance that Bender is a sociopath. So in order to increase Bender’s helpfulness quotient, keep a bottle of beer handy. It’s his fuel.

There’s a hitch when it comes to Optimus Prime, he’s huge. He’s not the kind of robot you want to have around just to take out the trash or fix the Tivo. Optimus is like your designated hitter. You only need him when the situations are dire, when you need protection from a foe or other giant robots. Use him wisely, or you could get crushed.

6.) Trimaxion “Max” – Flight of the Navigator

I have to tell you, I had a really tough time choosing between Max from “Flight of the Navigator” and Jinx from “Space Camp”. But Jinx is blinded by his love of humans, causing him to endanger them by launching them into space to fulfill their childhood dreams. That just screams “inefficiency” to me. Whereas Max learns to right the wrongs he accidentally perpetrates against those he comes to love. Plus, Max could really help you scare the living daylights out of your friends with his spaceship and arsenal of adorable little alien pets. Practically helpful? I guess that’s arguable, and as always, it depends on your situation.

Tom and Crow are very helpful in that wacky sidekick kind of way. They may, in fact, be no smarter than humans when it comes to technological handiwork. But they can help you pass the time like nobody else. They’re fairly crafty, even if they don’t make anything terribly useful. They sure can invent amusing little things to make you smile, like the way Tom can make his head into a snow globe. Who doesn't love a snow globe? It's hours of fun for anyone who loves to shake stuff or turn things upside down. 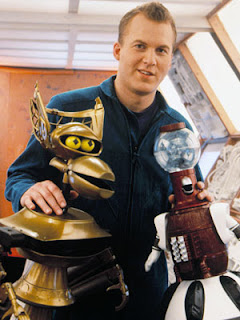 This is a robot that’s a little more my speed. Maybe it’s just because I don’t lead a very interesting life, but as helpful as their skills are, I’ll likely never need a gun-toting super robot. Yes, a robot maid will do just nicely for me. Rosie may be under-performing compared to the other bots on this list, but she’s task specific. That woman is a cleaning machine…literally.

As brought to my attention by Tom Servo and Crow, yes, Jet Jaguar does look a little bit like Jack Nicholson. But don’t hold that against him. As an ally to Godzilla, J.J. works tirelessly to defend the world from all manner of giant animal. The best thing about him is his ability to grow and shrink to whatever size is necessary. In some ways, this makes him more helpful than any of the other bots. Because he can be your go-to robot for all your needs. From defending you against other giant robots to the mundane every day work. He wins MVP in my eyes. Plus, he’s just so nice.

Bishop is more than handy, he is a pioneer. Androids have a bad rap where he comes from, but he’s not bitter at all. Granted, it’s in his programming not to be, and also to do anything and everything he can to protect human life. But you get the idea. Bishop is so dedicated to his job that he can perform his handy deeds even when severed in half at the waist. Plus he’s good for party tricks, a la the super-speed knife thing he does.

KITT has limited mobility since he is, after all, a car. But he is the original “OnStar”, and then some. He’s basically a far more efficient version of the Bat mobile. He can drive himself, think for himself, but he can also get around a little more under the radar. Plus, his voice just makes you feel all warm and fuzzy. It’s like having your super-cool grandpa with you everywhere you go. I think they should’ve implanted Higgin’s brain from “Magnum P.I.” into a car to make a friend for KITT. They would’ve gotten along well, don’t you think? 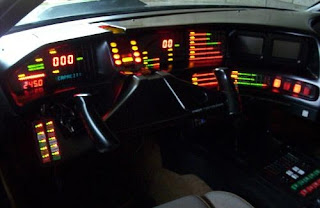 A friend of mine recently mentioned that Eve really ranks up there with the likes of a lot of other action heroines. She has excellent aim, and she’s incredibly focused. Considering the fact that the only other obviously female robot on this list is a maid, I have to say that I agree and am quite comforted by this fact. I guess the gender of most robots is a subject that could easily be argued though.

101? 800? Who knows for sure what the real model number is, all I know is that I need this guy to be on my side and nobody else’s. Like Optimus Prime, the Terminator works better in situations where the jobs are dangerous. Not that I would be against having him do math homework or re-wire my house. Wait a minute, do I feel a wacky sequel coming on? The tagline could be, “I’ll be back…with your groceries.”

He's a walking spell-checker. Cell phones don't help you when you spell something wrong, thanks to the T9 function, they even encourage it. Lazy robots...but not Mr. Spell.

I think the name says it all, don't you? 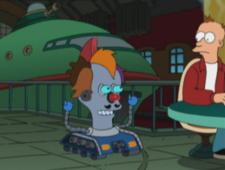