Lord of the Rings Links: Plus, Aragorn, Legolas, Frodo, Merry and Pippin Reunited and Why You Should Become a New Zealand Fangirl 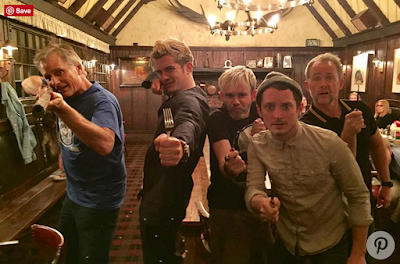 You can read about it here.

And if you still need a fix after that, you can visit: 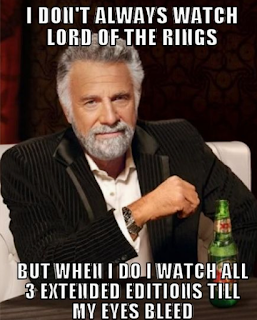 I watch all three extended editions every fall. I'm not much for following celebrities. I'm a bigger fan of the fictional dream that is the completed work. But I am a big old fangirl for New Zealand.

Apparently, it's a natural paradise. Plus, their film and television scene is incredible. They brought us Taika Waititi (What We Do In The Shadows, Eagle vs. Shark), Rhys Darby (Short Poppies, Hunt for the Wilderpeople) and Flight of the Conchords.

There's also the brilliant horror film Housebound which offers delightful turns on several genre tropes. I wouldn't dare ruin the surprises for you here. It's still on Netflix. Go watch.

When I was a kid, I was obsessed with The Frighteners. When I got to college, I learned about Peter Jackson's entire catalogue and was mesmerized, sometimes scandalized, by his lesser known works.


Then, like the rest of the country, I was a total nutjob for Lord of the Rings. I went to the marathon for the release of Return of the King in Ft. Wayne, Indiana where they showed all three extended editions back to back. We even got collectible film cells as keepsakes which have since been destroyed by a flood in my mother's basement.

Thanks a lot, nature.

If that's not enough and you want to reinvest in your fandom for the cast without feeling like a creeper, you could follow some of the fellowship's more recent exploits:

Aaaaand apparently, I'm making good on that whole "don't follow celebrities" thing. Because I have no idea what Elijah Wood, Orlando Bloom, or Billy Boyd are up to lately.

P.S. I am definitely both of the nerds in this video...